Dock A, the largest dock of the Zurich Airport, was the subject of international competition. BIG forms the winning team as design lead with HOK as aviation architect, 10:8 architects, engineer Buro Happold, timber experts Pirmin Jung, and aviation consultant NACO. Their design proposal centers on passenger experience and movement through the airport. A pared-back material palette reveals the loadbearing system of the building: V-shaped timber columns provide both a structural function and a distinctive identity true to its place and era, according to the jury. 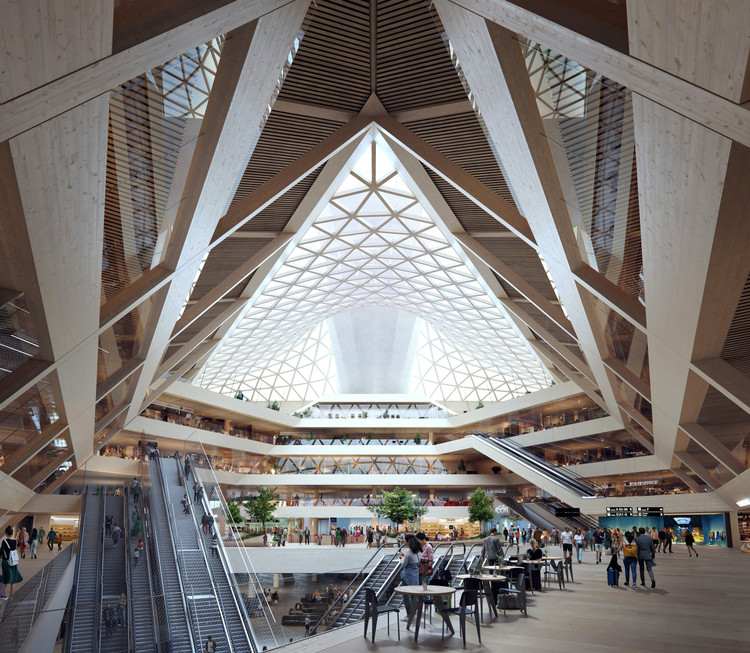 KCAP revealed its competition-winning design for the Keflavík Airport Area Strategic Masterplan in Iceland, comprising an area of 55 square kilometres around the country’s global aviation hub. Developed together with Felixx Landscape Architects & Planners, Kanon Arkitektar and a multidisciplinary team of professionals across a wide range of fields, the masterplan proposes a “collaborative development between public and private sectors”, seeking to transform specific areas around the airport into the hallmarks of the country’s sustainability and economic strategies. 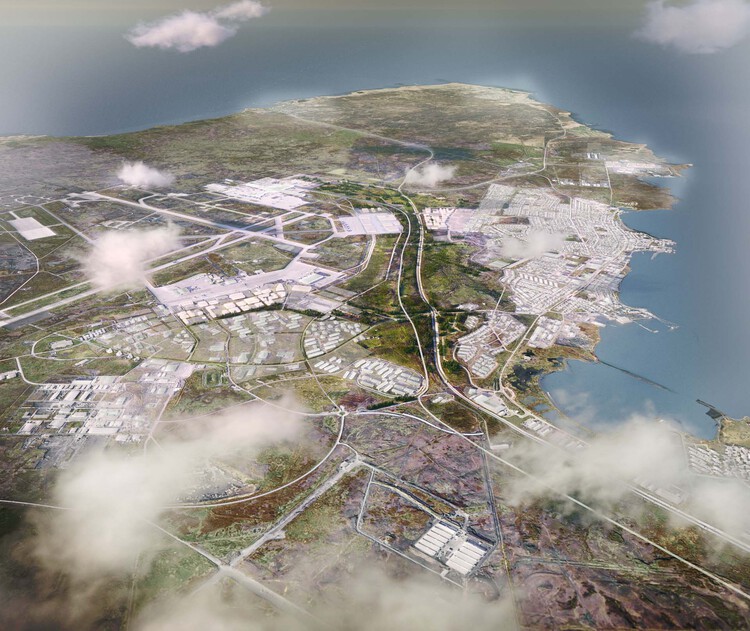 New York Governor Kathy Hochul announced last week that the current and former sites of Terminals 1, 2, and 3 on the south side of John F. Kennedy International Airport in Queens will be redeveloped to make way for a $9.5 billion international terminal that will be built out in phases beginning next year. With the first of its 23 gates anticipated to go live in 2026, the 2.4-million-square-foot new Terminal One will rank as the largest at JFK and, per a news release from the Governor’s Office, “aspires to be among the top-rated airport terminals in the world.” 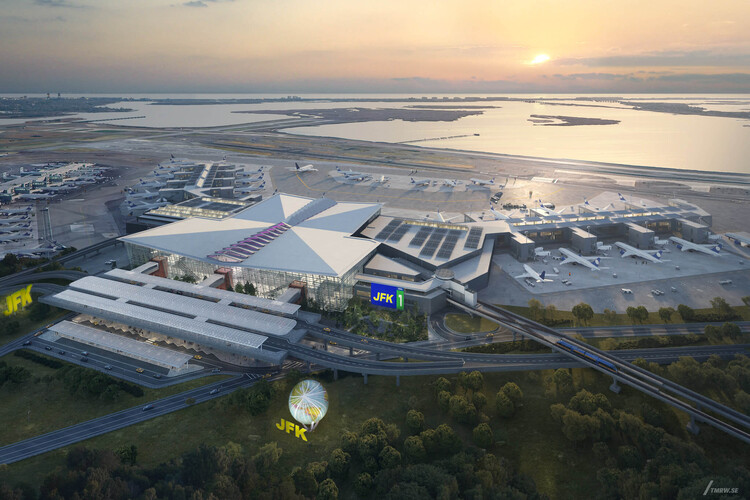 Nordic Office of Architecture won the interior design competition for the new Chongqing Jiangbei International Airport Terminal 3B in China with a concept that integrates experiential programmes and references the identity of the Chinese city. Created in collaboration with UDG, ADC and Lichtvision, the project aims to facilitate intuitive wayfinding while providing travellers with a series of interactive spaces and attractions along their journey. 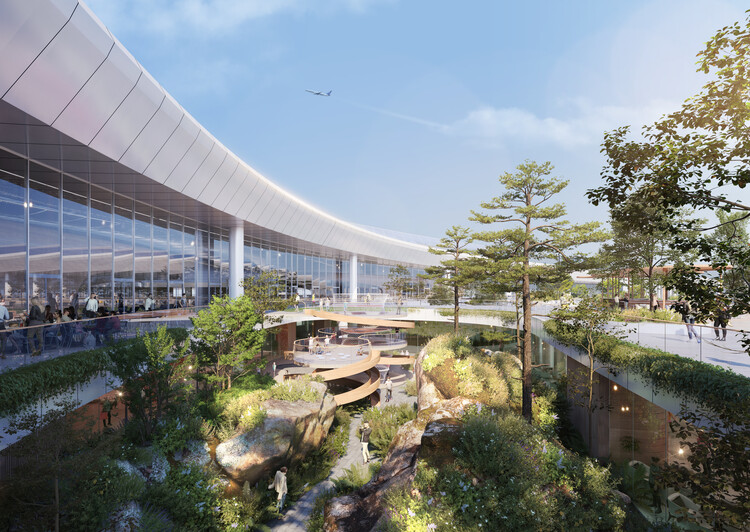 Come Fly Away: 10 Awe-inspiring Airports Across the World

Modern airports have become larger and larger in scale. With increasingly bigger aprons, multiple programs, and countless travelers a year, this typology’s prevalence has grown exponentially. Known for a variety of unique spatial experiences, from massive waiting rooms and luxury lounges to compressed jet ways, airport architecture has really only emerged within the last century. Today, architects and designers are starting to creatively dissolve the daunting scale of airports to explore their role in contemporary urban life. 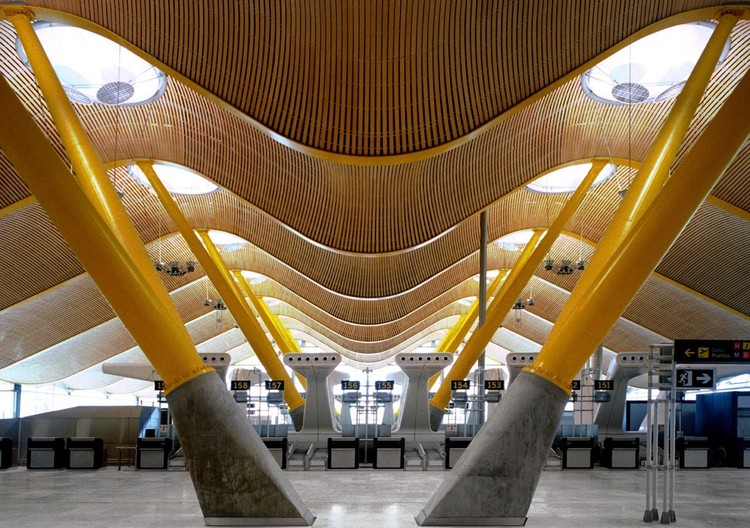 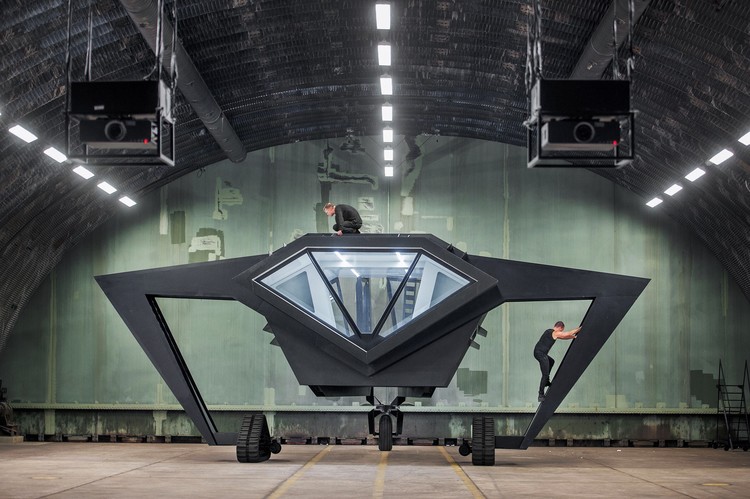 In a competition organized by Shenzhen Airport, Rogers Stirk Harbour + Partners (RSHP) and China Northeast Architectural Design & Research Institute (CNADRI) have won a competition to design the Terminal 4 Bao’an International Airport in Shenzhen, China. The winning design offers a new 400,000 sqm building with connections to existing and new transport infrastructure, as well as a space that promotes passenger interaction and wellbeing, all while maintaining a safe post-pandemic environment. 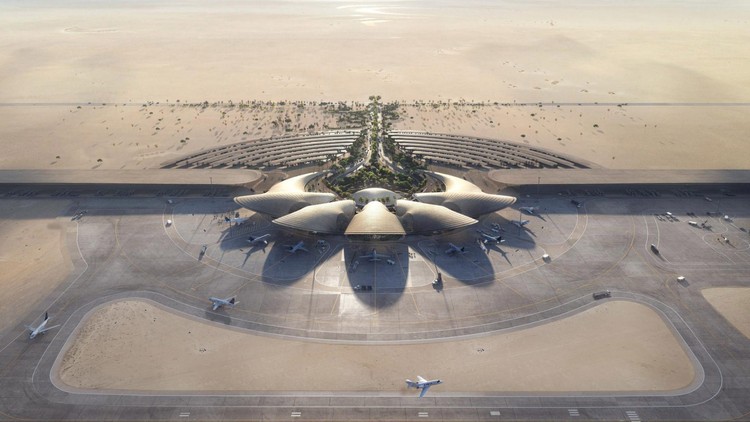 The team of von Gerkan, Marg and Partners Architects (gmp) has created a new vision for the Berlin-Tegel Airport in Germany. As of May 2021, the site will be developed into a research and industrial park for urban technologies. Dubbed the Berlin TXL–Urban Tech Republic, the project will transform existing buildings to house new functions, and include the addition of a new start-up and innovation center in the central terminal building.

ZGF Architects has shared a new look at the main terminal of the Portland International Airport (PDX) in Oregon. Scheduled for completion in 2025, the $1.5 billion terminal will be the largest of five capital improvement projects by the Port of Portland. The structure features a series of skylights and an expansive timber roof made from sustainably sourced regional wood. The design draws inspiration from nature and the "signature greenery" of Oregon.

The Airport of the Future Challenge Announces The 2019 Winners 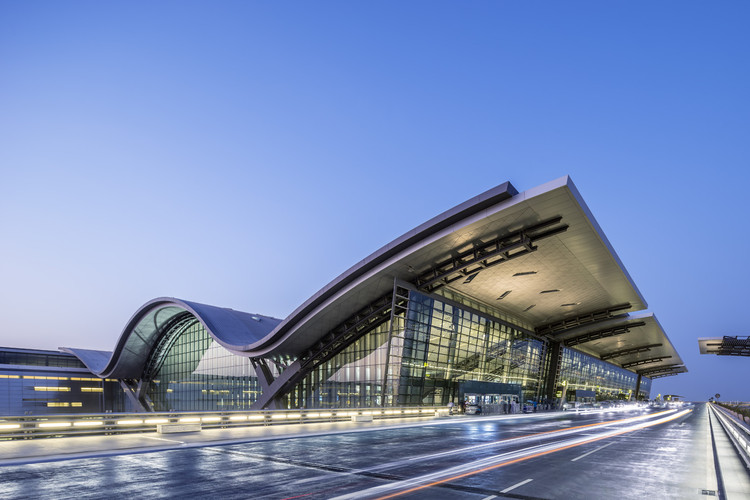 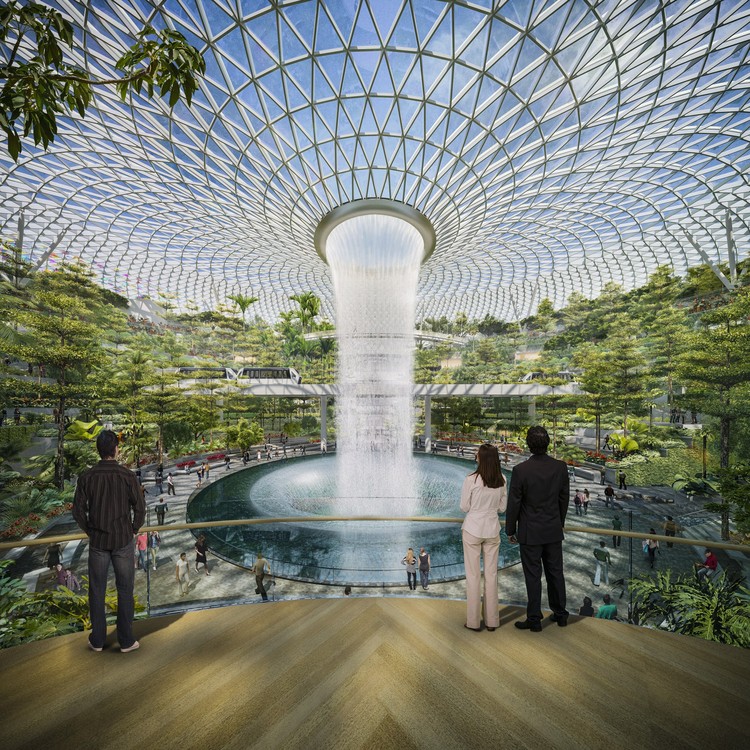