World Architecture Festival has revealed the winners for this year’s categories, highlighting buildings and landscapes completed across the world between 2019 and 2021. Chosen from almost 500 shortlisted projects from 62 countries, the winning projects showcase exemplary contributions to the built environment reflecting this edition’s theme: ‘Resetting the City: Greening, Health and Urbanism’. In addition to the completed buildings categories, the annual award also announced Copenhill, designed by Bjarke Ingels Group, as the 2021 World Building, while SLA was awarded Landscape of the Year for its design of Al Fay Park. 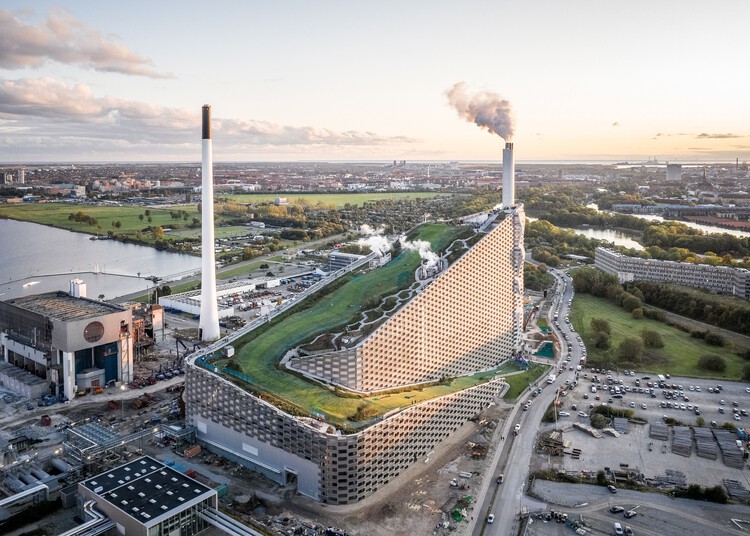 Foster + Partners has revealed visuals for its Pitt Street OSD and metro station design in Sydney, Australia. Stretching out underground across an entire city block, the over station development in the center of the city puts in place a 39-story office building and “creates a vibrant mixed-use hub offering flexible space with an elevated lobby and retail plaza in the heart of Sydney’s retail, dining, and entertainment precinct”.

The Victorian State Government has given official approval for the Southbank project, in Melbourne, with construction scheduled for next year. Set to become Australia’s tallest tower, the building is conceived by Dutch firm UNStudio and local firm Cox Architecture. 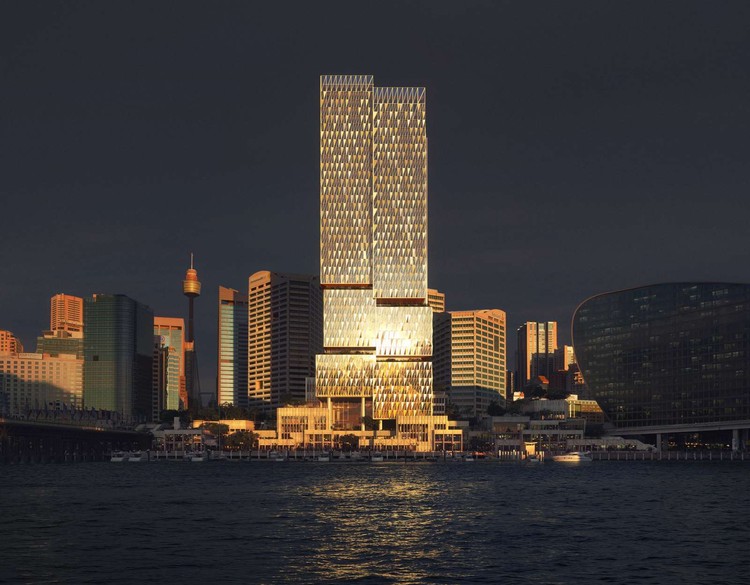 China’s latest landmark, the National Maritime Museum is now open to the public. 6 years in the making, the project is first of its kind. Designed by COX Architecture, after winning the international design competition back in 2013, the museum is located in the recently developed Binhai New Area, in the city district of Tianjin. 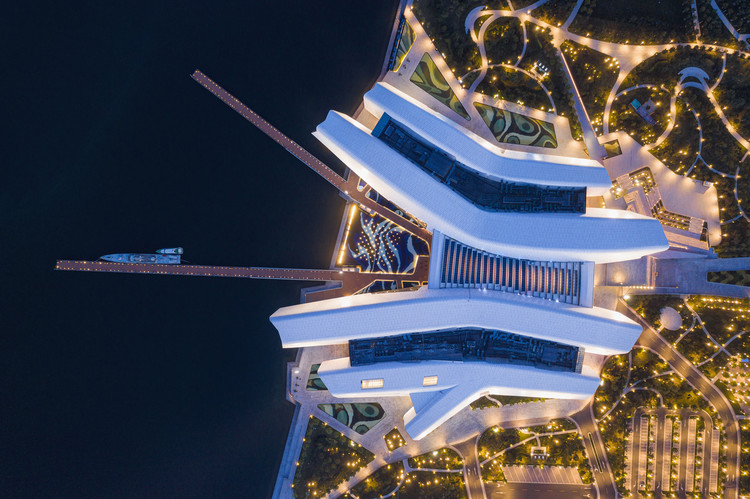 Plans to Modernize and Expand the Australian War Memorial Revealed 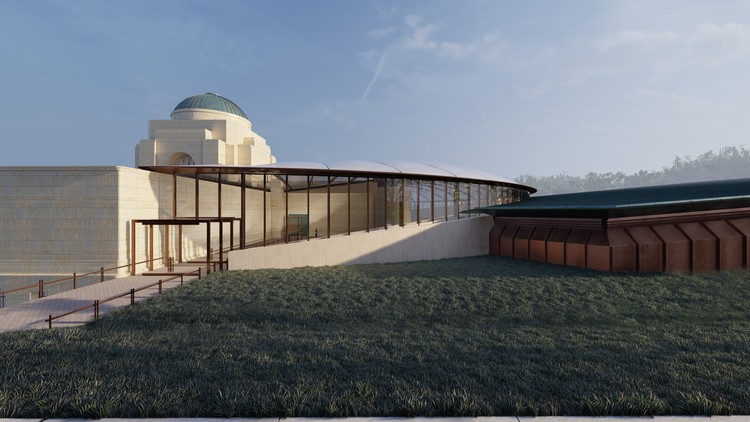 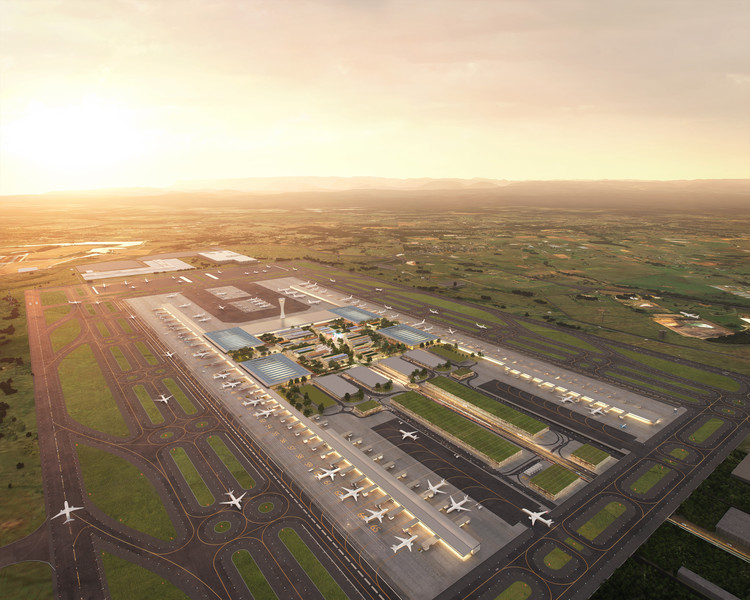 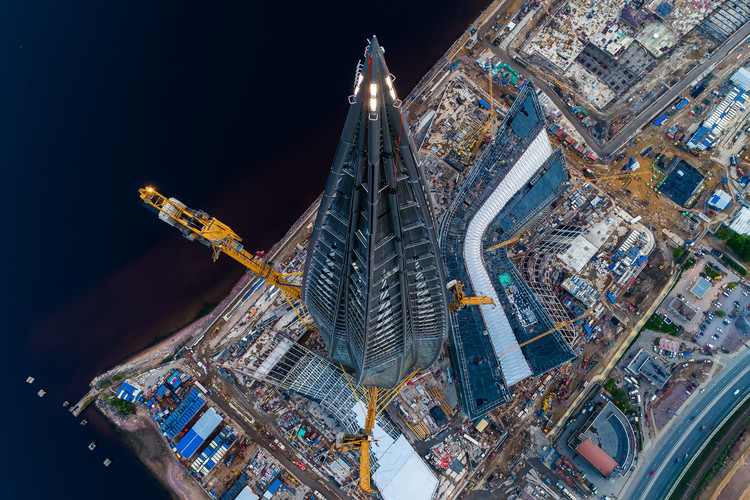 Woods Bagot and Peddle Thorp have been announced as the winners of the international competition to create a new high-rise tower in central Auckland. Drawn from five finalists including Warren and Mahoney, Cox Architecture, Zaha Hadid Architects, and Elenberg Fraser, the winning design will stand 180m high. The building design is inspired by New Zealand’s natural landscape and the country’s unique geology and fauna. 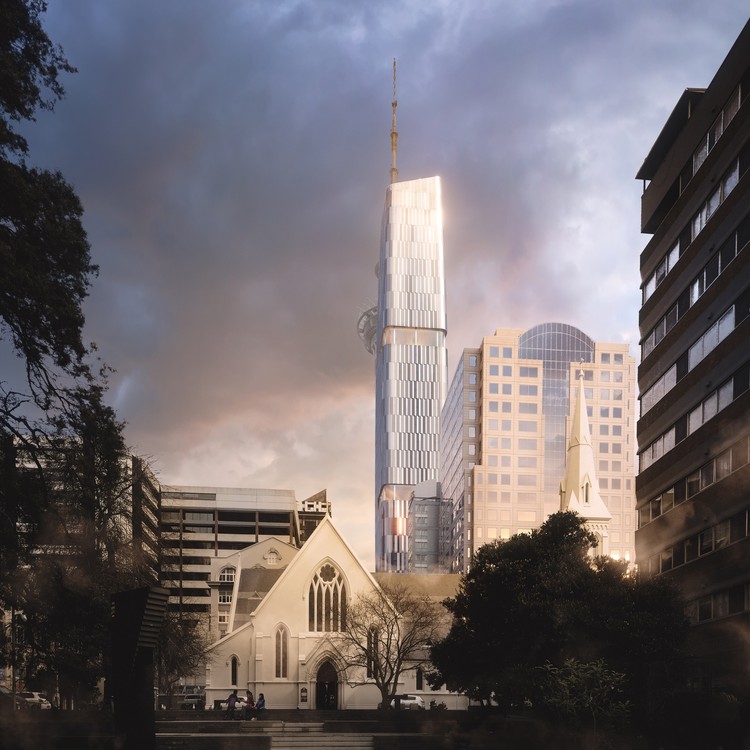 The international design competition to create a new high-rise tower in central Auckland has announced five finalists. The five teams include Warren and Mahoney, Cox Architecture, Zaha Hadid Architects, Elenberg Fraser and Woods Bagot. The landmark tower competition is run by Melbourne-based property development company ICD Property. Each of the teams were asked to complete two versions of their design, one following current city Unitary Plan rules and one version that could be built given more open planning parameters. 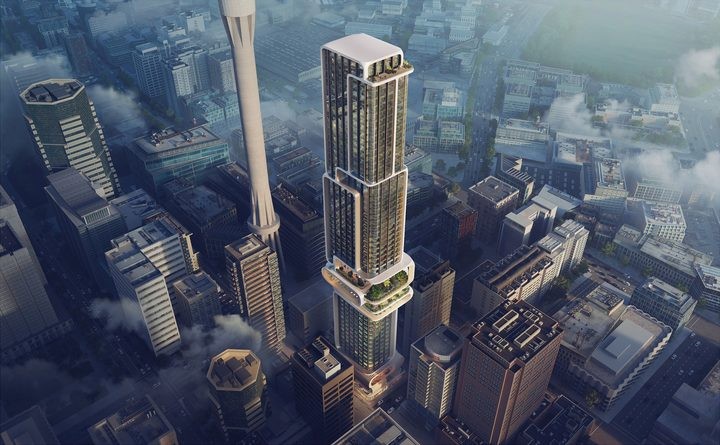 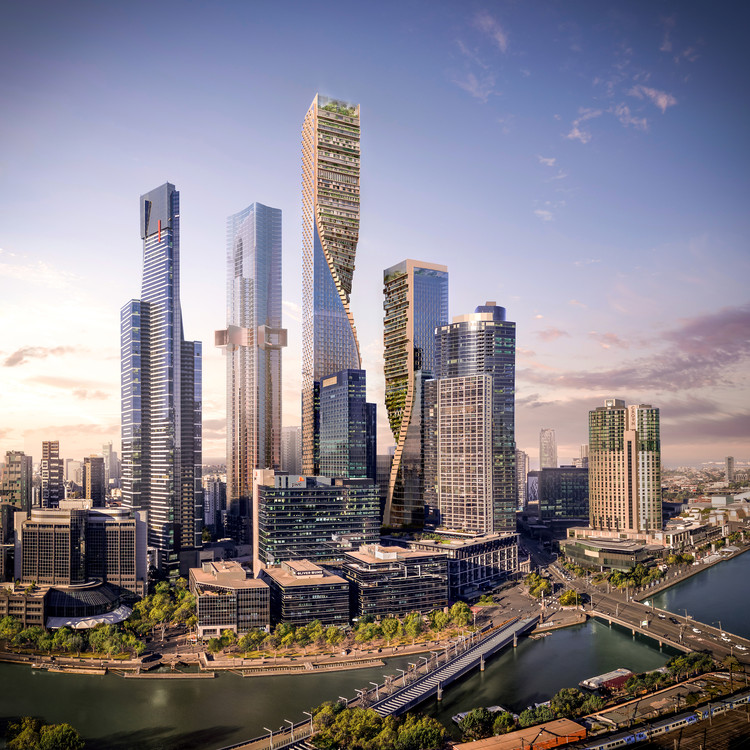 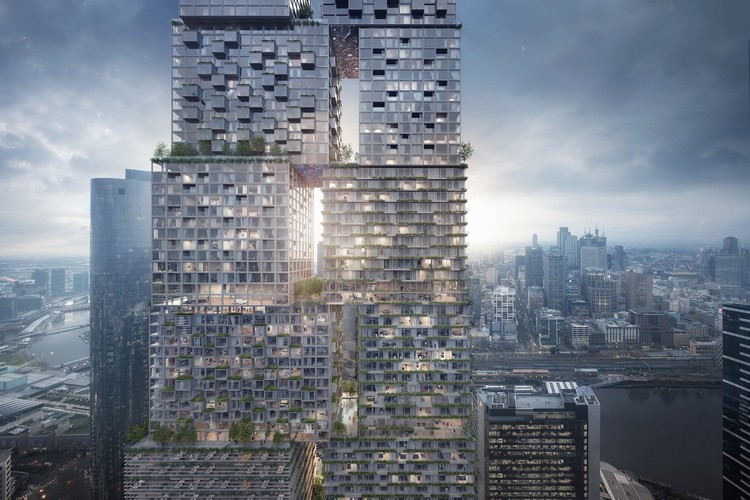 Cox Architecture has been selected as the winners of an invited competition for the new North Queensland Stadium in Townsville, Australia, beating out finalist proposals from BVN Architecture, Hassell and Populous. With a roof design inspired by the native Pandanus tree, the new stadium will provide seating for 25,000 spectators as the new home to the National Rugby League’s North Queensland Cowboys. 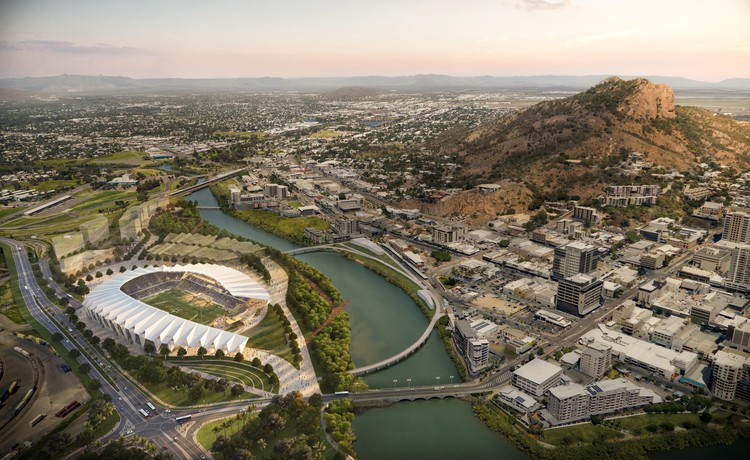 FC Barcelona has announced 14 teams in the running for two planned overhauls of their facilities at the Camp Nou in Barcelona, including alterations to their main stadium and the rebuilding of the Palau Blaugrana, the nearby arena owned by the club and used primarily for basketball and handball. The alterations to the two buildings are part of a larger €600 million project, known officially as "Nou Espai Barça," which seeks to improve the club's entire campus, also adding an ice skating rink, new offices, 5,000 parking spaces and improving the outdoor space surrounding the facilities. The Nou Espai Barça project was approved by the club's fanbase last April after a 72% vote in favor of the proposal.

The list names eight teams - including BIG, Populous, HKS and Arup Sport - in the running for the overhaul of the stadium itself, which will involve the addition of almost 6,000 seats to bring the stadium's total capacity to 105,000, increasing the stadium's lead as the largest football stadium in Europe. It will also include a complete redesign of the lowest seating tier to offer improved views, and the addition of a roof over the terraces. Also named are the six teams in the running to rebuild the Palau Blaugrana.

The West Australian government has confirmed, HASSELL, COX Architecture and HKS will collaborate to design Australia’s largest ever stadium project. The $900million project will see Perth’s Burswood Peninsula transformed into a world-class sporting precinct by 2018. Included in the master plan is a new stadium that will hold some 60,000 spectators, a public tennis facility, significant transport infrastructure upgrades, such as a new train and bus station, and large public parklands. As negotiations continue between the firms and the West Australian Government, we should expect to see detailed drawings of the scheme by at least July with construction expected to begin by the end of this year.