Travel: The Latest Architecture and News

It’s a ubiquitous architectural form. An architectural typology that spans centuries and borders, a staple across cultures. The tent. In its simplest form – it’s a shelter, with material draped over a frame of poles. It’s an architectural language that is intrinsically linked to nomadic living. Yurts, for instance, functions as an easily portable dwelling for the Kazakh and Kyrgyz peoples. At the same time, tents have proved a popular stylistic precedent for architects, the lightweight structures of German architect Frei Paul Otto being a case in point. The tent is a complicated architectural language – one that straddles the line between temporary and permanent, and one that also functions as a symbol of wealth and a symbol of scarcity. 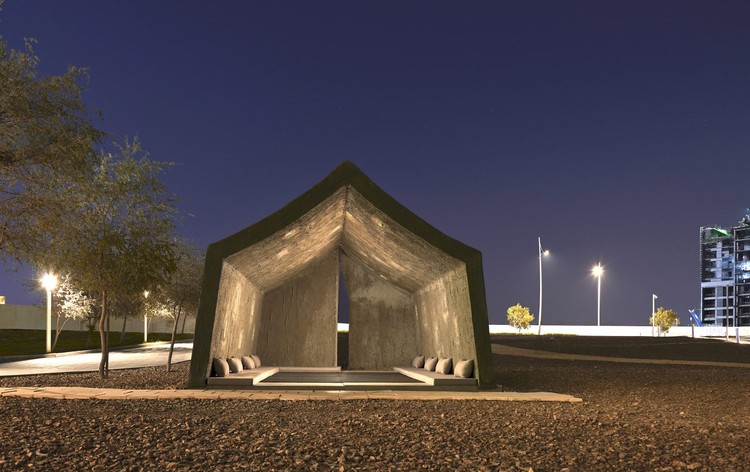 The world of travelling is a multifaceted one. There are the everyday trips one takes for work or school, commuting to a set location during the week, usually within the confines of a city. There are the longer trips too, the trips which usually involve getting into an aeroplane to visit someplace a bit farther from where the traveller usually resides. These trips are frequently done for business purposes, but for those who have the means to afford it, these trips are undertaken for learning and leisure – where the traveller can be defined as a “tourist”. 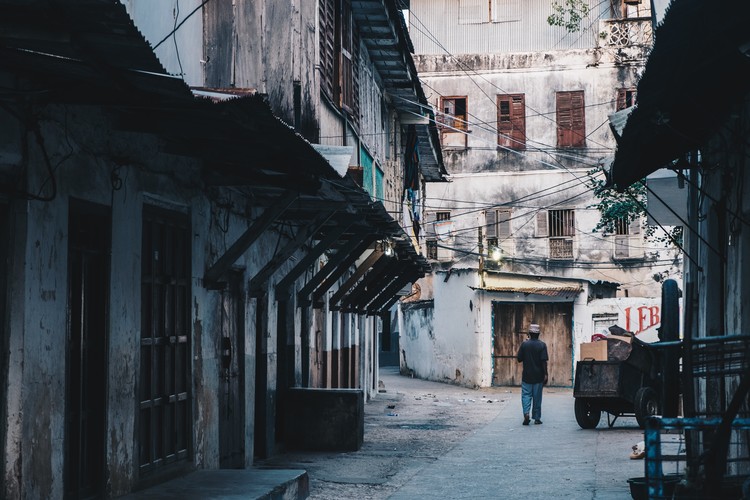 The first monograph of photographer Ryan Koopmans, an award winning Canadian/Dutch photographer whose work is exhibited and published across the world, Vantage explores the earth’s manmade structures, surreal architecture and megacities, evoking the insight and intrigue experienced from a travelling photographer’s perspective. Koopmans’ compelling photographs are presented alongside conversations with political leaders, business tycoons and local residents, providing a timeless vision of our world that is both contemporary and creative.

Marvin Heiferman, an independent curator and writer who originates projects about the impact of photographic images on art, visual culture and science, offers an insightful foreword.

With photographs shot on location in

Grand-Métis, Canada, 2019-10-08 -
The International Garden Festival, presented at the Jardins de Métis / Reford Gardens in the Gaspésie region of Québec, Canada is preparing its 21st edition and is issuing an international call for proposals to select designers who will create the new temporary gardens that will be presented from June 19, 2020. For its 21st edition, the Festival has chosen Métissages as its theme. Continuing the exploration of new ideas and new realms, the Festival is seeking to connect designers from various fields to favour a crossbreeding of practices and professions.

Métissages has historically had negative connotations.

Why Do We Travel?

Traveling around Japan can be an impressive experience for a Western tourist - especially if they have some connection with architecture. In addition to the huge cultural differences, the country is known for its rich architectural production - eight of the 42 Pritzker Prize laureates are Japanese - which has maintained its consistency since the 1960s.

Modernism always wanted to have it both ways: on the one hand, modernist architecture was supposed to be, in theory, the same in all places; that's one reason why modernism in architecture was also called the International Style. If all modernist buildings look the same, when you see one you have seen them all: no need for further travel. Yet throughout the 20th century modernist culture and technology enthusiastically endorsed and favored travel. In the 60s we traveled to the Moon, and civil aviation made the world smaller. In modernist culture, travel was good. It made all travelers better, happier humans. It was good to learn foreign languages and to go see distant places. High modernist travel was not only good; it was also cool. The jet setters of the 60s were the coolest citizens of the world. Even later in the 20th century the general expectation was that borderless, seamless travel would keep getting easier and more frequent. Most Europeans of my generation grew up learning two or more foreign languages, and it was not unusual until recently to be born in one country, to study in another, and find one's first job in a third one. That was seen as an opportunity, not as a deprivation.

MIT's Senseable City Lab, led by the architect Carlo Ratti, has launched Escape, an interactive platform for visualizing air travel data. "Escape" serves as a search engine that helps users find the cheapest flights from a particular city, and to make the decision on their next trip faster and easier.

Have Sweet Bauhaus Dreams in BauhausLand

If you’re looking for a way to celebrate the Bauhaus centennial and you’re also in need of a vacation, you can accomplish both this year by visiting BauhausLand. goBauhaus is ready to help you plan your next trip to the Saxony-Anhalt and Thuringia regions of Germany, otherwise known as BauhausLand. The region that witnessed the beginnings of the Bauhaus movement is home to many buildings influenced by its revolutionary style. In celebration of the school’s centennial, goBauhaus has compiled a list of notable Bauhaus-y places where visitors can stay overnight to immerse themselves in the experience. So if you’ve always wanted to make an architectural pilgrimage to pay homage to Gropius and his pals, 2019 is the time!

See the list below and start planning your excursion! 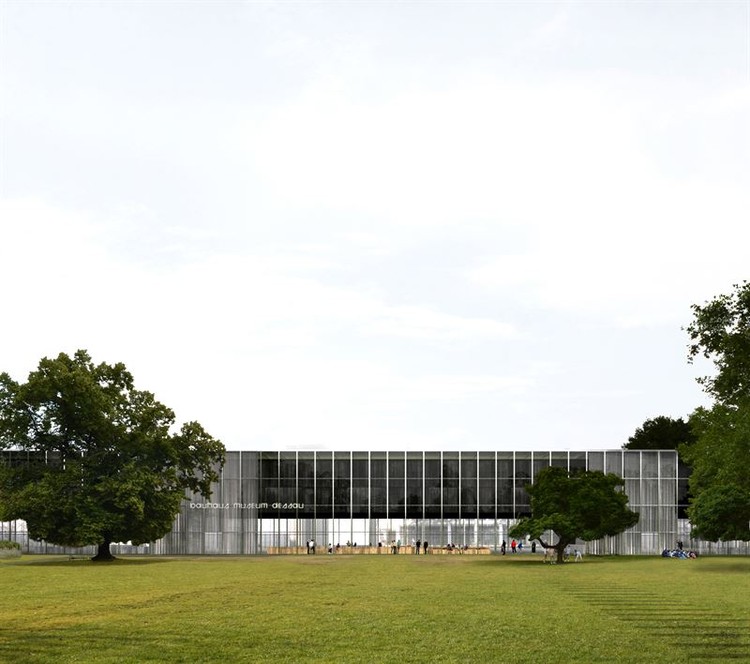 For architects with travel-related New Year resolutions, software company InVision has launched a free “Design Exchange” program for professional designers eager to see the world on a budget.

The “Design Exchange” program is open to any senior designer with over 6 years of professional experience and offers one-week-long, organized exchanges during every quarter of 2019. Destinations already announced include Sydney (Spring 2019), Copenhagen (Summer 2019), and Singapore (Winter 2020).

New York City’s Center for Architecture is currently looking for applications for the Stewardson Keefe LeBrun Travel Grant, a $20,000 award. The grant seeks early to mid-level architects who wish to further their personal and professional development through travel. The travel scholarship was originally based on the idea of the Grand Tour, in which recent architectural graduates would travel through Europe experiencing art, architecture, and culture first-hand. The scholarship focus is less on academic projects than on self-directed education.

Eligibility: Applicants must be U.S. citizens with a professional

The United States is a country of immigrants with a long history of receiving new arrivals. In 1886, the statue of “Liberty Enlightening the World” was officially unveiled, and between 1892 and 1954 the Ellis Island Immigration Station processed 12 million immigrants in New York City alone.

Angel Island, in the San Francisco Bay, was home to the West Coast Immigration Station, which was built in 1905. Unlike Ellis Island, new arrivals were housed in barracks on the island under very difficult conditions, some for extended periods of time. Until the station’s closure in 1940, the island was seen as

25 Design Tips to Make Your Airbnb Listing Stand Out

Home-sharing has become a phenomenon in the real estate and housing markets, with design playing a key factor in the success of a property, home, or room. The radical departure from the beige wallpaper and white linen hotel room has opened up a world of possibility for the adventurous traveler, from spending a night on the Great Wall of China to staying in an architectural masterpiece.

To help you design a successful Airbnb, we have provided 25 design tips for homeowners looking to turn their properties into profit. Remember, it's all about first impressions, and having that “curb appeal” will ultimately bring in people seeking one-of-a-kind experiences.

From Underground Slum to European Capital of Culture: Matera, the Subterranean City of Caves

Above a steep canyon cut by the fast flowing water of the River Gravina lies one of the oldest communities in the world, whose architecture is defined by the rocks among which it sits. Matera, found in the southern Italian region of Basilicata, is a picture-perfect, white-stone city that originates from a prehistoric troglodyte settlement. The area’s special caves were used as a natural shelter from the harsh climate as early as 10,000 BC and, while the city has developed a unique, more modern personality alongside its cave-dwelling past, its success and perception has always be tied to its historic core—giving Matera a long and storied history that will culminate in a stint next year as a European Capital of Culture. Through the photos Federico Scarchillii, we can see the uncommon beauty and opportunity in this settlement. 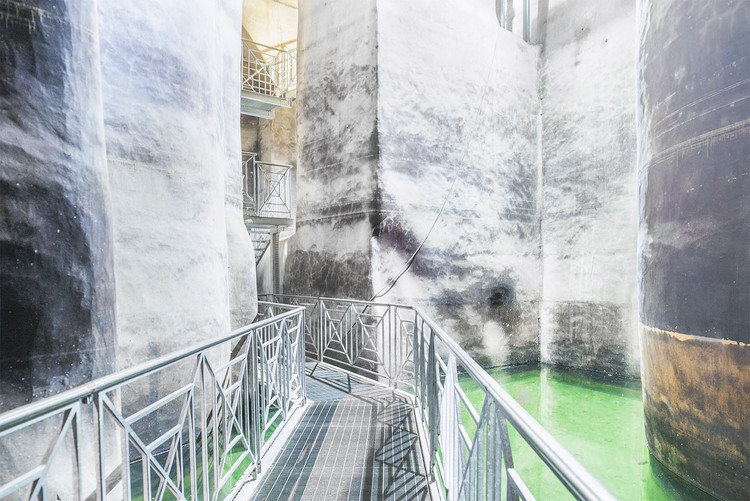 Summer. Vacation. Two magic words that will certainly ease all the pain and exhaustion of working/studying full-time. Now that it is that time of year, most people are busy planning their travel itineraries. Whether it’s a city trip to Paris to see the Eiffel Tower and the Louvre, or a journey to walk on China’s Great Wall, the majority of travelers will choose to cross iconic landmarks off their bucket lists. However, there is a lot more to London than the London Bridge and Buckingham Palace, and there is a lot more to Barcelona than Gaudí. There are, in fact, hundreds of underrated, exquisite structures that go unnoticed.

If you are planning a getaway soon, here is a list of hidden architectural gems that are worth the visit.

Top Global Destinations On The Rise According to TripAdvisor

TripAdvisor announced the World’s Top Destinations “on the rise” according to the 2018 Travelers’ Choice awards. According to TripAdvisor, the winning cities are based on millions of comments posted on the site each year. They also look for cities with an increase in search traffic and user interest to make reservations.

This years list includes ten cities. Keep reading to find out which ten cities were chosen by TripAdvisor world travelers: