The history of highways, particularly those in the United States, can be traced back to the growth and expansion of cities and suburbs in the 20th century, which was fueled by a 400 billion dollar investment to create the world’s most advanced network of highways, the Interstate Highway System. These 48,000-mile stretches of roadways that would connect the country over the span of fifty years seemed like a perfect solution for many communities that needed better access to both necessities and amenities. However, these newly constructed highways destroyed many cities, with entire neighborhoods, especially lower-income and African American communities, being cleared out to make way for the new roads. In their place, massive ribbons of highways and exits created eyesores, driving wealthier residents to the suburbs who then used private automobiles to commute to cities for work. This drained the urban tax base and delayed their construction timelines, buying time for preservationists and urban planners who opposed the roadways to protest. In New York City, an activist group spearheaded by Jane Jacobs stopped the construction of an interstate (I-78), which would have destroyed lower Manhattan, including Greenwich Village, SoHo, Little Italy, and Chinatown.

Fast forward to the present day, where a report by Transportation for America called the Congestion Con, gives more data and clarity as to why we feel like we’re all perpetually stuck in traffic. The nation’s 100 largest urban areas added more than 30,000 new lane-miles of roads just between 1992 and 2017, a 42 percent increase. During the same period of time, the population in those areas only grew by 32 percent, meaning that the construction of highways quickly outpaced the number of people living in those major metros. In addition, traffic congestion, which is traditionally measured in hours of delays, rose during that time frame by almost 150 percent.

It would seem correct to assume that when populations grow, cities would need to build more highways and expand their networks, but the congestion is actually caused by the fact that it keeps people reliant on cars. Without changing these systems, we will be spending more money to create more lanes, only to increase the problem itself. A failed attempt in Houston when they expanded the Katy Freeway to become 26 lanes wide increased traffic by 30 percent during the morning commute, and 55 percent during the evening. Its construction also cost two billion dollars.

So what is the proposed solution, and how are some cities fighting back? Aside from the need for other methods of public transit, like train systems that better link suburbs to rural communities, or the desire for more bike lanes, some cities are trying to charge drivers a fee to use the most congested roads in an attempt to spread out travel times, make using the roads less desirable, and public transit more appealing. This has been successful in places like London and Singapore and was just announced as a new measure that will soon be implemented in New York City. Another method is to increase the cost of parking based on peak congestion hours, to encourage people to leave sooner. In San Francisco, this has actually helped businesses because it allows more motorists to use the same spot and brings more consumers through their doors.

So the next time you’re stuck in a traffic jam, remember that building more roads won't get you out of your situation, it'll only make it worse. Less is more, even when it comes to highways. 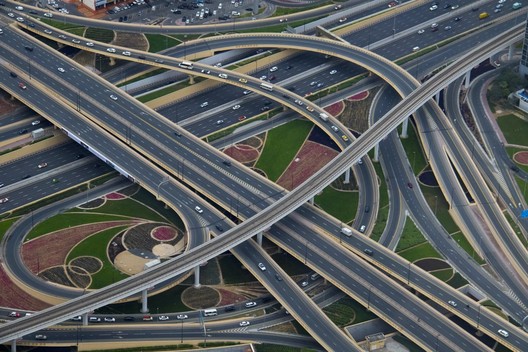