The Victorian State Government has given official approval for the Southbank project, in Melbourne, with construction scheduled for next year. Set to become Australia’s tallest tower, the building is conceived by Dutch firm UNStudio and local firm Cox Architecture.

Spanning a total of 270,000sqm, the vertical village is on track to become Australia’s tallest tower at 365 meters. Located on a current BMW site in Southbank, the project is set to generate 4,700 construction jobs. Upon completion, the tower will also create 3,250 new jobs across multiple industries including office, retail, entertainment, hospitality, and child care. Led by award-winning Melbourne developer Beulah, the new hub “will assist in the future growth of Melbourne and its vision to become a truly global smart city”.

Southbank has laid somewhat dormant for many years. Our collaborative concept has the ability to truly uncover its potential, improving the urban amenity while seamlessly unifying the suburb with Melbourne’s CBD. The architectural and cultural impact Southbank by Beulah will leave on Melbourne is an exciting prospect and will undoubtedly set a benchmark both locally and globally, both now and well into the future. -- Philip Rowe, Cox Architecture Director.

Inspired by Melbourne’s title of The Garden City, the architects imagined two twisting terraced forms that generate a series of outdoor spaces and green devices along the façades. Moreover, pocket parks will be a focal point throughout the building, connecting neighborhoods within the residential tower.

From the initial concept to one that has evolved into a groundbreaking global collaborative project, the outcome is an exciting prospect, not only for the project team but for Melbourne, reaffirming its reputation as the world's most livable city. -- Caroline Bos, UNStudio co-founder. 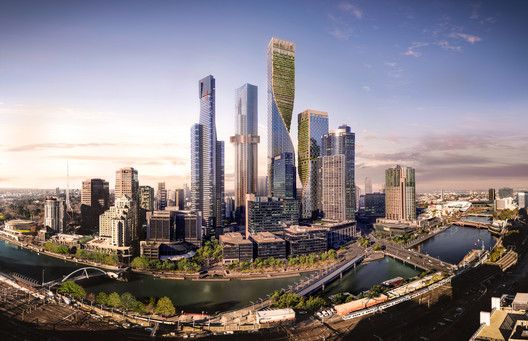