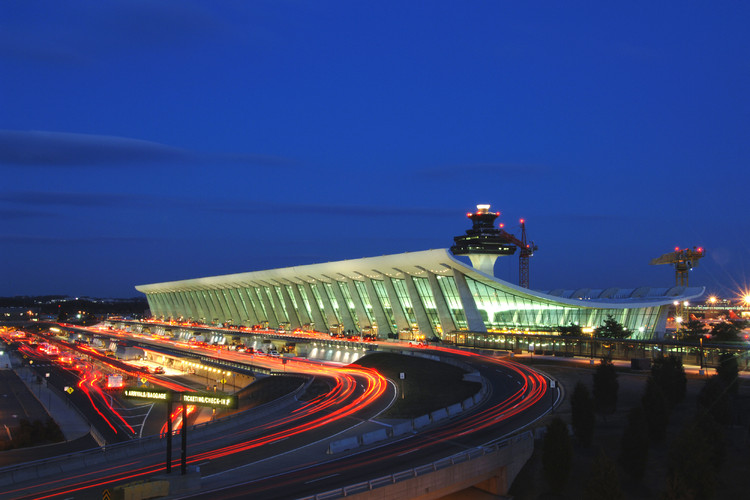 Text description provided by the architects. Known for his innovative, sculptural forms used throughout both architecture and furniture designs, Eero Saarinen includes these same curving and organic forms in the TWA Terminal as well as in the Dulles International Airport on the outskirts of Washington D.C.

The growth in aviation at the end of World War II led to the proposal and passing of the Washington Airport Act of 1950, which stated that there would be federal backing for a second airport. After many proposed sites were not passed, President Eisenhower chose a small town once known as Willard as the best location for the airport in 1958.

Located 26 miles west of the central business district of Washington D.C. in Chantilly, Virginia, the Washington Dulles International Airport is named after John Foster Dulles, who was Secretary of State under President Eisenhower. It occupies 11,830 acres of land right on the border of Fairfax County and Loudoun County. Ranked the fifth largest hub for United Airlines, the Dulles Airport is one of the nation's busiest airports as it handles over 23 million passengers a day, flying to more than 125 destinations.

Finnish architect Eero Saarinen was hired as the architect of the main terminal, working with the civil engineering firm Ammann and Whitney, who was the lead contractor. Saarinen was chosen for his ability to provide graceful beauty, similar to the nature of flight. When faced with the challenge of designing the terminal's entrance, he had to create an articulated entrance to stand out against the modern and repetitive structure. He also had the typical challenge of providing graceful access to the building, encountered by automobile, entered and further accessed by foot. Famous architect Kevin Roche worked in the office of Saarinen during the time of this project, and with his contribution came the overal elliptical form of the building.

The Dulles terminal has two floors; the first for departing passengers, ticketing and concessions, and the other for arriving passengers, baggage claim, and ground transportation. One of the key moments of innovation in this terminal was the employment of new transport vehicles known as mobile lounges, which resembled a sort of giant luxury bus and carried  up to ninety people from the terminal to their plane.

From the ramp, departing passengers go through ticketing to the runway side where they would find gates to take them to the mobile lounge. This inclusion of the mobile lounge led to a revolutionary approach to airport movement, allowing the design of Dulles to do away with the multitude of gates that cluttered most terminals before it. In attempts to allow more space between the front of the building and the ticket counters, the main terminal was reconfigured and additions were made to both ends, doubling the structure's length.

The original terminal at Taiwan Taoyuan International Airport in Taipei, Taiwan was modeled after the Saarinen terminal at Dulles. This airport has been featured in many movies based in Washington, beginning with the 1964 film Seven Days in May. Other movies include Die Hard 2: Die Harder, The Package, Airport, Forces of Nature, The X-Files, and Body of Lies. 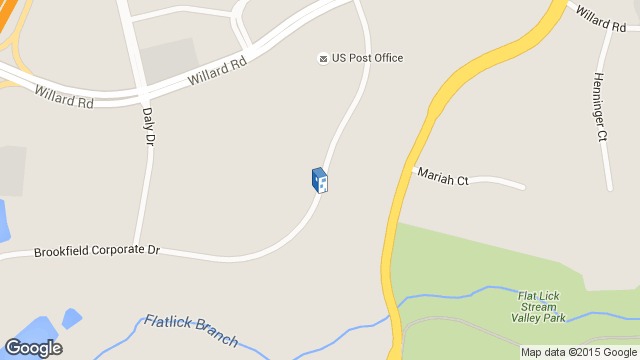 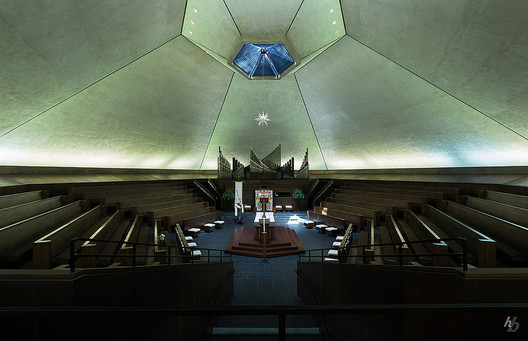