Architects: The Latest Architecture and News

Architecture as a Heterogenous Practice: What is to be an Architect Around the World

Although architecture itself is universal, the day-to-day practice still varies across the world, influenced by a wide range of factors, from the professional requirements and responsibilities of an architect, the local environment, history and building customs, to local priorities and challenges. In a hyper-connected world, where architecture seems to become more uniform, how do local contexts and characteristics shape the built environment? This article taps into the commonalities and the variations within the architecture profession.

The Petty Crimes of Architects

Everyone is blameworthy for at least one bad habit / behavior at his/her workplace: talking on the phone too loudly, stealing someone else's mug, walking around the office with a very odorous lunch...

After a little reunion with her friends who work in the architecture field, illustrator Chanel Dehond couldn't help but notice a few "crimes" that almost all architects are guilty of.

Take a look at Dehond's illustrations of the petty crimes done by architects and designers.

As the week comes to an end, Milan Design Week wraps up yet another successful year of creativity and innovation. Thousands of design companies displayed their creations to more than 200,000 visitors hailing from different countries, demographics, and career backgrounds. Although the design fair gravitated towards the world of interior design, many renowned architects participated in the week-long exhibition and joined their forces with interior and furniture design experts.

Along with the impressive collaborations that these architects created with lighting companies, take a look at how they used their expertise in forms and structures to develop unique furniture pieces.

Inside the Bizarre Personal Lives of Famous Architects

"Architecture of the Portrait": Illustrations by Francisca Álvarez Ainzúa

Chilean architect and illustrator Francisca Álvarez Ainzúa created "Architecture of the Portrait": a series of illustrations of renowned architects drawn with the precision and accuracy of a fineliner. In order to choose the protagonists of her geometrical analyses, the architect states a preference for strong character and the presence of imperfections, which imparts a certain richness to the representation.

The architectural construction of the face is done using lines to create a hatch effect. Next, she adds color that pays tribute to the traditional default CAD shades: yellow, cyan and magenta. 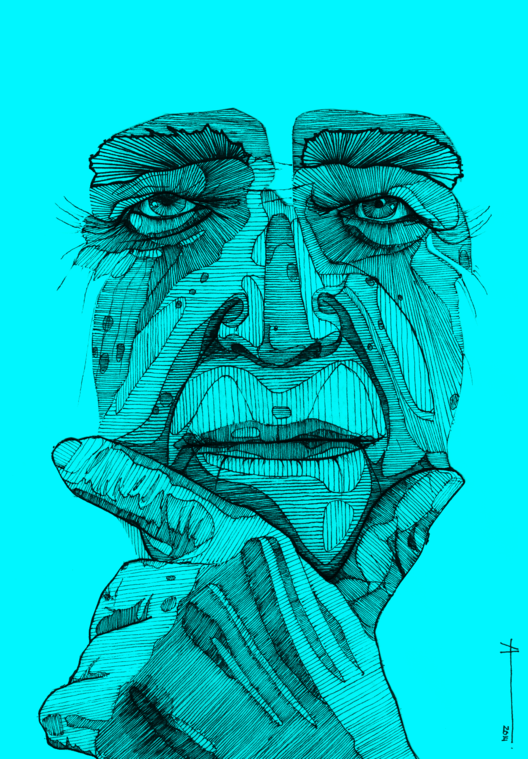 Being an Architect: Then Versus Now

Architecture, as a profession and discipline, has come a long way since Vitruvius. It continues to evolve alongside culture and technology, reflecting new developments and shifting values in society. Some changes are conscious and originate within the field of architecture itself, made as acts of disciplinary or professional progress; others changes are uncontrollable, arising from architecture's role in the wider world that is also changing. Below are just some of the changes that have taken place in recent decades:

New year, new me! Or perhaps for architects, new Moleskine, new me? While a lot has happened in the world of architecture this year, it’s just as important to reflect on your own personal architectural practices. Whether 2017 ushers in the start or end of a degree, a new job, a new project, or just more architectural life as usual, there’s no better time to make a resolution or two. As we approach the calendar change, here are 22 ideas for how you could improve yourself in the new year.

How to Buy Gifts for Architects: The Ultimate Guide

Have absolutely no idea what to get your architecturally-predisposed friend or family member? Or perhaps you think you’ve managed to decipher their Moleskine-toting, coffee-drinking veneer and know just the perfect gift? Perhaps, even, you are the architecturally-predisposed family member, looking for a convenient way to show others what to get you. Either way, architects have rapidly evolving and often incredibly niche tastes that can be hard to shop for. But worry no longer, the secret guide to what and what not to give architects this holiday season is here:

39 Strange Habits Most Architects Can Relate To

Previously we had a look at some of the strange habits of top architects. From drinking on the job to polyphasic sleeping, it turns out famous architects are a bunch of weirdos. But what about the rest of us? It’s not just the famous architects who are weirdos—it’s simply impossible to spend such long periods of time on the job without picking up a few strange habits along the way. Whether it’s the way we work, the way we interact with buildings, or things that don’t even seem odd until a non-architect points them out, those in architecture have some pretty strange habits.

The Internet's Unanswered Questions And Strange Assumptions About Architecture and Architects

Don’t miss this opportunity to showcase your design ideas and win cash prizes!

Design Capital 21 is an interior design competition for a new integrated mall. The integrated mall intends to adopt as its conceptual design this theme: the world’s famous capital cities from the five continents. Each floor must be representative of the continent by bringing to life the characteristics and identities of its capital cities.

Winners of the 2015 Building of the Year Awards

After two weeks of nominations and voting, we are pleased to present the winners of the 2015 ArchDaily Building of the Year Awards. As a peer-based, crowdsourced architecture award, the results shown here represent the collective intelligence of 31,000 architects, filtering the best architecture from over 3,000 projects featured on ArchDaily during the past year.

The winning buildings represent a diverse group of architects, from Pritzker Prize winners such as Álvaro Siza, Herzog & de Meuron and Shigeru Ban, to up-and-coming practices such as EFFEKT and Building which have so far been less widely covered by the media. In many cases their designs may be the most visually striking, but each also approaches its context and program in a unique way to solve social, environmental or economic challenges in communities around the world. By publishing them on ArchDaily, these buildings have helped us to impart inspiration and knowledge to architects around the world, furthering our mission. So to everyone who participated by either nominating or voting for a shortlisted project, thank you for being a part of this amazing process, where the voices of architects from all over the world unite to form one strong, intelligent, forward-thinking message.

When Ali Reza Honarkar faced conservative college professors in the 1990s who emphasized the importance of honoring architecture’s past in his designs, he felt conflicted. He understood that a historical foundation was important, but young Honarkar also felt unduly confined by the approach.

It was during these formative years that his desire to stretch the limits and do things differently was born, and it’s a trait that remains central to how he and his team approach projects today at Division1 Architects in Washington, DC, which he co-founded in 1994, as a provocative response to both a failing economy and what he viewed as the stagnant design culture in the Washington metropolitan area.

Complicating is easy, simplifying is difficult. To simplify you have to remove, and to remove you have to know what to take away. The idea of this project, called ARCHIPIX (Less is Pixel) by Federico Babina Architect, is to represent the complexity of the forms and personalities through the simplicity of the pixel. Masters of modern architecture, paired with a building that represents their essence, often become desktop icons. A digital "pointillism" where the mouse replaces the brush. The pixel reappears and emphasizes the importance of the single dot, seen as something essential that in combination with other points form a more complex picture. A metaphor of architecture where every little detail is a key component of the whole mosaic.

“Layering and changeability: this is the key, the combination that is worked into most of my buildings. Occupying one of these buildings is like sailing a yacht; you modify and manipulate its form and skin according to seasonal conditions and natural elements, and work with these to maximize the performance of the building.” - Glenn Murcutt, 1996

Today, on the 77th birthday of Australian architect Glenn Murcutt, we would like to take a moment to acknowledge the lasting impact Murcutt’s career has left on the profession of architecture. Since establishing his practice in 1979, Murcutt has steadily developed a series of small, yet exemplary projects that have become the touchstone of sustainable architecture.

A selection of his work, after the break...

The Royal Institute of British Architects (RIBA) presents the first major UK exhibition showcasing the work of renowned Indian architect Charles Correa (born in 1930). Rooted both in modernism and the rich traditions of people, place and climate, Correa has played a pivotal role in the creation of an architecture and urbanism for post-war India. He has designed some of the most outstanding buildings in India and has received many of the world’s most important architecture awards including the RIBA Royal Gold Medal (1984), Aga Khan Award for Architecture (1988) and Japan’s Praemium Imperiale (1994), and is still working today.

Pedro Ramírez Vázquez, one of the most important Mexican architects of the 20th century, died yesterday on his 94th birthday in Mexico City. Ramírez headed the construction of many of Mexico's modernist landmarks including several museums, the nation's largest sports stadium and a shrine that attracts the most pilgrimages in the country.

Read more on Pedro Ramírez Vázquez and his architectural legacy after the break.

Video: Architecture with capital letter A

From Frank Lloyd Wright to Oscar Niemeyer and the 2013 Pritzker Prize laureate Toyo Ito, this short film features a series of excerpts from interviews, speeches and documentaries of the most influential Architects from the past 70 years who have shaped the notion of Architecture. As described by the video’s producer, viaViLi, “this accumulation of scenes some how expresses the condition of Architecture today - its moments of Glory and Misery.”