Publication: The Latest Architecture and News

Funded by Andrew W. Mellon and the National Endowment for the Humanities foundations as part of the Open Book Program, a collection of classic books, published between 1964 and 1998 are now available online as open access e-books through the MIT Press Open Architecture and Urban Studies book collection.

Bjarke Ingels and Xiye Bastida on Designing the Ideal City

What kind of cities do we want to live in? What do we believe is important for a good life? And what makes a good home for all of us? SPACE10 with gestalten have teamed up to gather insights from world-renowned experts to explore a better urban future for humanity. Compiled in a book entitled The Ideal City, the findings draw five core principles: The city of tomorrow should be resourceful, accessible, shared, safe, and desirable.

Taking a holistic and multidisciplinary approach to rethinking how we could design, plan, build and share our cities going forward, the publication unfolds projects from 53 different cities in 30 different countries. Discover in this article, excerpts from the book, with the foreword by Bjarke Ingels and the last word by Xiye Bastida. 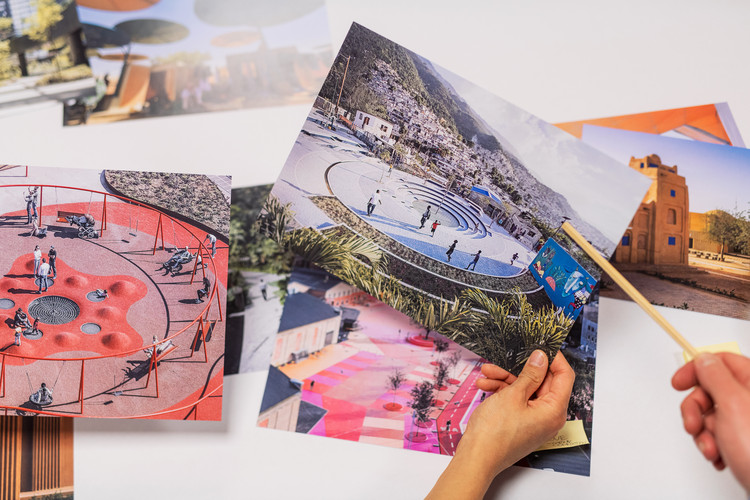 Open Call for Visioning: On Housing

Between the Leaves is seeking submissions for visioning on the future of housing in a more equitable world.

Between the Leaves is a yearly publication created by Canopy / architecture + design that focuses on socio-environmental issues impacting the built environment. Each edition explores perspectives on a chosen topic from a variety of contributors, with the goal to promote empathetic dialogue and strengthen our communities, in a world where equity and mutual understanding are more crucial than ever before.

The inaugural issue, On Housing, seeks to uncover what affordable housing means in Chicago, who it disproportionally affects, why the concentration of

In the three years since our editorial collective launched The Site Magazine we have collaborated with designers and design institutions around the world to probe social, economic, cultural, and political questions through the lens of architectural knowledge. The discipline of architecture is simultaneously broad and incisive: the practice of architecture demands a constant reinvention of its role, a redefinition of design’s limits. Our forthcoming series “Does Architecture _______?” confronts the obstacles and opportunities afforded by architecture’s evolving agency while continuing to delineate relevant contexts for spatial design. “Does Architecture _______?” is conceived as a series of five thematic issues, each

International Competition of Ideas for the multifunctional center, Port of Culture, in Mariupol (UA)

Municipality of Mariupol (UA) invites architects, designers and interdisciplinary teams to submit architectural ideas for a new multifunctional center that will be devoted to the subject of migration, a process that has shaped the city throughout the centuries, becoming an integral part of its identity. The Port of Culture will uncover and explore the less known traits of Mariupol city, and contextualize its local history within larger regional and global processes related to migration.

We are looking for bold and authentic architectural idea for the Port of Culture, that will represent the values and the main themes of the new center,

The second issue of Room will reconvene in the Kitchen; a space that savors the possibilities of both cultural appreciation and cross contamination, serving basic sustenance and special occasions. Taste here is significant though subjective, with its stainless steel tongue wiped perpetually in an attempt to cleanse the palate. Nuanced residues of gender, class, labour, race, and climate cling to the cloth among germs and grains of salt.

The kitchen is a volume of complex geographies. Contents enveloped in their natural and synthetic skin's come together from landscapes distant and near, to land on the counters of the heart of

Spacing Forth the Architecture Selfscape: A Phenomenological Reading of War Ruins in a Lebanese Urban Context

Book Review by Gioia C. Sawaya; Chemaly’s book offers a different attempt to reading war ruins in a Lebanese urban context. It suggests another perception of an architectural space, with the need for a built environment that encourages empathy with the user. He defines this space as a verb (an affording action) rather than a noun. The introduction of the book helps to locate the author’s main aim and frame his discourse.

“Nothing, and Everything Else” aims to locate architecture’s general position between nothing and something. Nothing is temporary, easily intimated, fleeing whenever something comes to take its place. At one point obsessed with space, architecture as a discipline has become occupied by a diffuse range of topics and fields which poses the question - is everything now architecture, or alternatively, is architecture now nothing? Is there a middle ground between the two? And is nothing residual - does it last or linger, smell stinky or pleasant, is it strong or subtle?

How does formal commitment of architecture and urban planning give us a UNITED (or not) city landscape, through the transformation of its knowledge into aggregational processes? Territories have different strategies of possession by its inhabitants, in between different narratives, epistemological discourses, and fragmentation processes. Within this context, the city is characterized by structural UNITED elements that shape urban futures.

City Cook Book invites projects and initiatives worldwide that work with food dynamics and culture to enhance public space and foster social interaction to be part of its platform.

If you have developed or are actively engaged in any such initiatives we would like you to share your experience in our open repository. The projects will be presented both in a digital platform and a publication.

Time is ticking. That’s what it does. Or at least that’s how we represent what we don’t understand. For physics, time is a byproduct of so called space-time, elastic goo created at the very moment that something came from nothing; the moment eternity stopped and the universe began. For geology, time is 4.5 billion years of compression and catastrophe. For biology time is 3.5 billion years of diversification and now the urgency of the sixth extinction. For anthropology time is 150 thousand years since mitochondrial Eve walked out of the rift valley in Ethiopia.

The border between North and South Korea is not just a symbolic line dividing the two countries. It is a high tensioned zone not freely entered or explored. arch out loud is excited to announce their international open-ideas competition, Borders - The Korean Demilitarized Zone Underground Bath House, which will explore the implications of border conditions.

The Society of Architectural Historians is accepting nominations for its 2017 Publication Awards. The program includes five awards that will be presented at the Society's 2017 Annual International Conference (Glasgow, June 7-11). The deadline to submit is Monday, August 1, 2016.

North Carolina Modernist Homes (NCMH) and Hanley Wood (parent company of ARCHITECT) have partnered to create Colossus: a new digital archive of 20th century architectural publications, reports Architect Magazine. When complete, it will be the largest digital archive of modern architecture magazines, with over 1.3 million pages.

The modernist movement looked to industrial processes – factories, warehouses and silos - to enhance their designs. Their dream was to create rationalized machines for living. They thought the functional glass box could modernize everyday life. By bringing efficiency into every aspect of the city, home, and schools we would become liberated creatives and thinkers. Since then, there have been many iterations of machine-methods applied to the physical and cultural environment.

Fantastic Cities: A Coloring Book of Real and Imagined Cities From Around the World

Canadian artist Steve McDonald has released "Fantastic Cities," an illustrated coloring book featuring 60 cities from around the world. From Paris to New York, Tokyo to Istanbul, the illustrations will take any architect or urban planner back to childhood times.

The book, with 48 full-view pages of real and imaginary places, is on sale Amazon and Chronicle Books. Take a look inside, after the break.

Sydney-based collective Project Archonic is currently accepting submissions for Archonic Magazine, a quarterly publication exploring the nexus between architecture, art, and design. Themed "Disassemble" and prompting creatives to deconstruct, re-evaluate, and reconfigure their surroundings, the publication marks the second issue compiled by Project Archonic, and is expected to launch in March 2015. Learn more about the publication and view spreads from the previous issue after the break.