French architect Christian de Portzamparc has been named the 2018 laureate of the the Praemium Imperiale Arts Award for Architecture. The prize, given by by the Japan Art Association (JAA), recognized de Portzamparc for his “imaginative architectural style...known for its distinctive features such as bold designs, an artistic approach and the creativity that comes from his work as a watercolor painter.”

Spanish architect Rafael Moneo has been selected as the winner of the 2017 Praemium Imperiale International Arts Award for Architecture by the Japan Art Association (JAA). Known for his timeless, stately designs, the 1996 Pritzker Prize laureate was lauded by the JAA jury for his design approach which “[ensures] that his buildings blend effortlessly into the city landscape while at the same time respecting the environment and establishing a clear identity and a connection to his creative vision.”

The Japan Art Association (JAA) has named Brazilian architect Paulo Mendes da Rocha as the winner of the 2016 Praemium Imperiale International Arts Award. Often credited as a founder of the Brutalist movement in São Paulo, 2006 Pritzker Prize Winner Mendes da Rocha was praised by the jury for his commitment to honoring “locality, history and landscape” in his projects and his ability to utilize “simple materials like concrete and steel to structure space to maximum effect.” 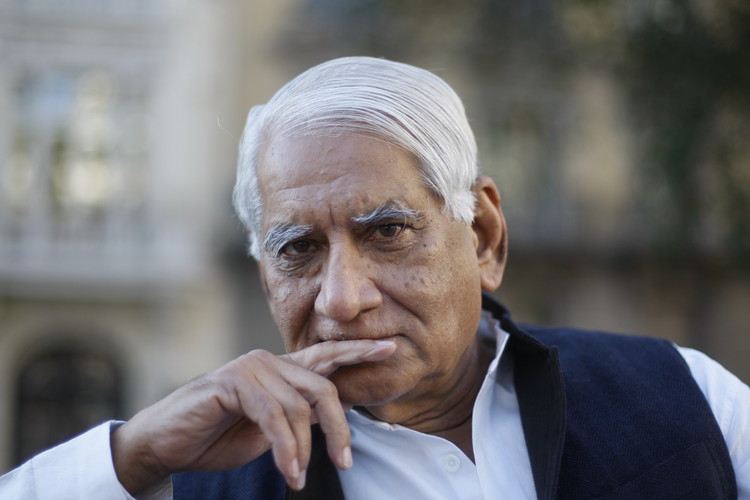 “Architecture should not be closed on itself, with its back to the context," says Perrault. "It should always be in resonance with the environment, whether natural or urban. We architects should always think about our buildings’ place in the urban design, and about the city itself as a whole.”

All five 2015 Praemium Imperiale laureates include:

The Japan Art Association (JAA) has named American architect Steven Holl as the 2014 Praemium Imperiale Laureate for Architecture. Holl will be honored at a ceremony in Tokyo on October 15th. The jury's citation states that Holl's "works are internationally highly regarded, primarily as a result of his philosophy regarding the unification of the “experience” of space, as depicted by color and light, with the history and culture of each site of construction."

Since its inauguration in 1989, the annual global arts award has recognised "outstanding contributions to the development, promotion and progress of the arts" in the fields of architecture, painting, sculpture, music and theater/film. Only a small handful of architects have received this award, including James Stirling, Tadao Ando, Alvaro Siza, Richard Rogers, Jean Nouvel, Toyo Ito, Zaha Hadid, Peter Zumthor, David Chipperfield, and Jacques Herzog and Pierre de Meuron.

Created in 1988 to commemorate the 100th anniversary of the Japan Art Association and to honor the late Prince Takamatsu, the prestigious Praemium Imperiale awards recognize outstanding, lifetime achievements in the arts categories not covered by the Nobel Prizes: architecture, painting, sculpture, music and theatre/film.

The Japan Art Association just named Toyo Ito its 2010 Praemium Imperiale Laureate for Architecture. The annual global arts prize is regarded as one of the highest honors for those in the arts. Ito was joined by Sophia Loren for Theater/Film, Enrico Castellani for Painting, Rebecca Horn for Sculpture, and Maurizio Pollini for Music. Practicing architecture for decades, Ito continually brings a sense of sophisticated elegance to his projects with “a deep concern for the relationships between architecture, nature and the environment,” explained the jury. We have featured several projects by Ito previously on AD, and whether it be a residence, a public theater, or a library, Ito consistently pushes the boundary of architectural expression by testing the limits of structure, using a modern material palette and bringing his ideas of transparency to each project.

More about the award after the break.