The Japan Art Association (JAA) has named Brazilian architect Paulo Mendes da Rocha as the winner of the 2016 Praemium Imperiale International Arts Award. Often credited as a founder of the Brutalist movement in São Paulo, 2006 Pritzker Prize Winner Mendes da Rocha was praised by the jury for his commitment to honoring “locality, history and landscape” in his projects and his ability to utilize “simple materials like concrete and steel to structure space to maximum effect.”

The five 2016 Praemium Imperiale laureates include:

The recipients will be awarded at a ceremony in Tokyo on October 18, 2016. Imperial Highness Prince Hitachi, honorary patron of the Japan Art Association, and his wife Imperial Highness Princess Hitachi will present each Praemium Imperiale winner with a specially-designed gold medal, along with a testimonial letter and a 15 million yen (approximately $143,000) prize.

The prize represents another recognition in a banner year for Mendes da Rocha after taking home the Golden Lion for Lifetime Achievement at this year’s Venice Biennale. 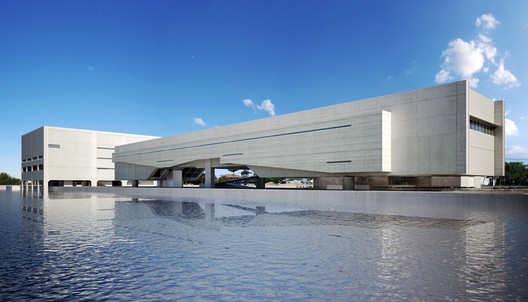