Spanish architect Rafael Moneo has been selected as the winner of the 2017 Praemium Imperiale International Arts Award for Architecture by the Japan Art Association (JAA). Known for his timeless, stately designs, the 1996 Pritzker Prize laureate was lauded by the JAA jury for his design approach which “[ensures] that his buildings blend effortlessly into the city landscape while at the same time respecting the environment and establishing a clear identity and a connection to his creative vision.”

Since being brought into the public consciousness with his design for the National Museum of Roman Art in Mérida, Spain in 1986, Moneo has gone on to complete projects across the globe, notably the Madrid Atocha Railway Station (1992), the Cathedral of Our Lady of the Angels in Los Angeles (2002), and the Prado Museum Extension (2007), which the jury called out for its remarkable ability to “combine seamlessly the old and the new.” Early influences include his father, an industrial designer, and Jørn Utzon and Alvar Aalto, for whom he worked for a period in the early 1960s.

Now in its 29th year, the Praemium Imperiale International Arts Award was founded in 1988 to recognize "outstanding contributions to the development, promotion and progress of the arts" in the fields of architecture, painting, sculpture, music and theater/film, and has since become known as one of the world’s most prestigious global arts prizes. Previous winners of the architecture category include Paulo Mendes da Rocha, James Stirling, Tadao Ando, Alvaro Siza, Richard Rogers, Jean Nouvel, Toyo Ito, Zaha Hadid, Peter Zumthor, David Chipperfield, Steven Holl, Dominique Perrault and Jacques Herzog and Pierre de Meuron.

The five 2017 Praemium Imperiale laureates in each category include:

The five recipients will be awarded at a ceremony in Tokyo on October 18 by. Imperial Highness Prince Hitachi, honorary patron of the Japan Art Association, will present each Praemium Imperiale winner with a specially-designed gold medal, a testimonial letter and a 15 million yen (approximately $136,000) prize. 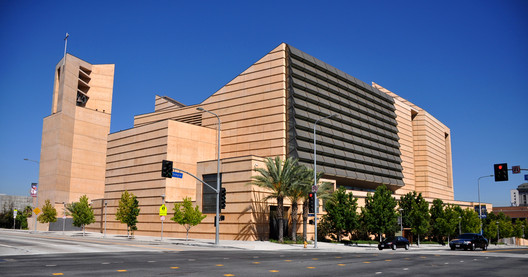