With a mission to support, empower, and grow the city's design sector, New York's annual design festival, the NYCxDESIGN presented a selection of architectural installations, talks, and events to celebrate global creative accomplishments, share new ideas, and inspire through design. This year, the festival returned for its tenth edition, running from May 10th - 20th. Having been a special anniversary, this year showcased New York's creative diversity and talent, putting on display its designers, makers, manufacturers, innovative design businesses, as well as world-class cultural and academic design institutions. 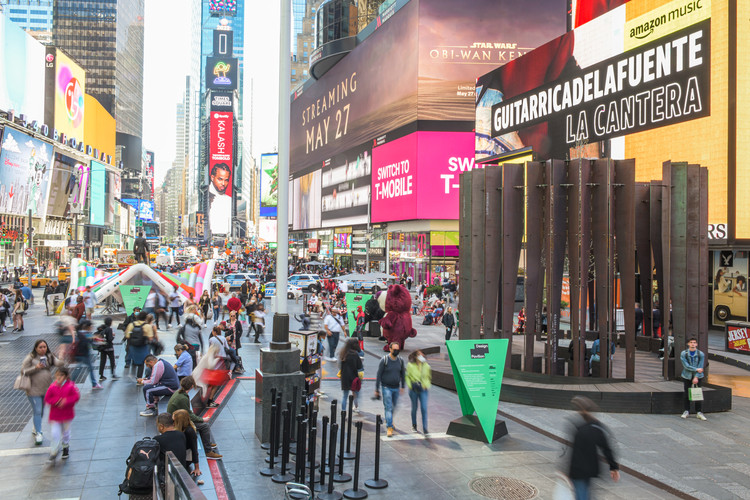 New York City Is Failing Its Citizens on the Environment

The new, online NYC Climate Dashboard confirms that New York City is not doing enough to meet its climate goals. What’s worse, the goals don’t measure up to the challenge citizens face. A growing consensus among scientists says the world has only until the end of this decade to avert catastrophic climate change. Here in New York, the biggest contributions to greenhouse gasses come from our buildings and our driving. As an architect and urban designer, John Massengale shares what he believes the world is missing and some significant changes that the world can make for the sake of future generations. 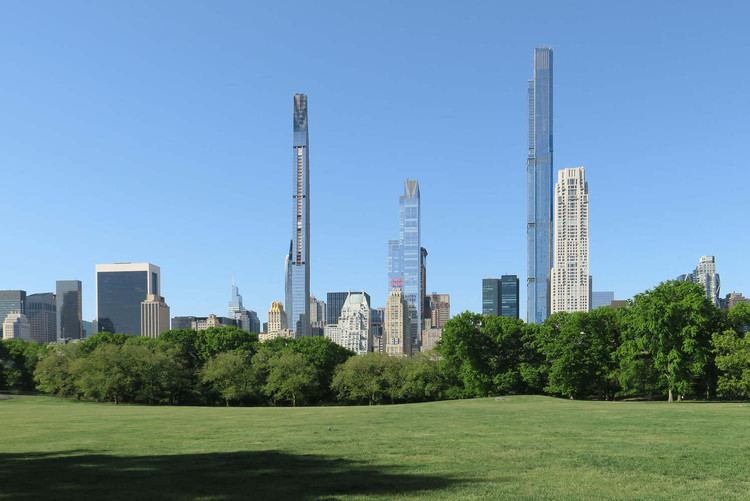 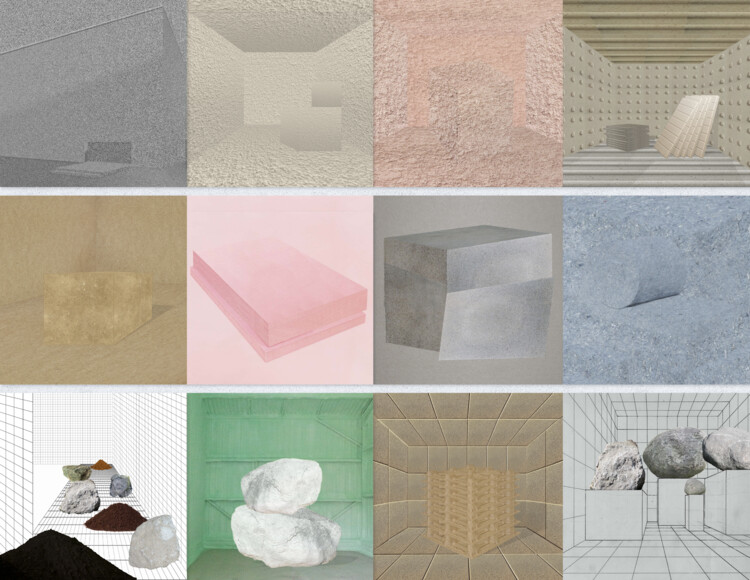 Mayor of New York, Eric Adams, expressed his support for a state bill that would make it easier for the city to convert underutilized or vacant hotels into affordable and supportive housing. The mayor urges New York state legislators to unlock a critical tool in combating the affordable housing crisis and tackling homelessness in the process. The conversion framework proposed by the bill would allow authorities to create affordable housing units at two-thirds of the cost and one-third of the time necessary for ground-up construction.

Foster + Partners revealed the design of a new skyscraper at 270 Park Avenue that will host JPMorgan Chase’s New York headquarters. The 60-story tower is set to be the city’s largest all-electric tower with net-zero operational emissions powered by renewable energy sourced from a New York State hydroelectric plant and is designed around high standards regarding wellness and hospitality. The project’s morphology creates extensive ground-level outdoor space with green areas and a public plaza, accompanied by various amenities geared towards the neighbourhood’s residents. Under construction since 2021, the project replaces SOM's Union Carbide Building, which became the tallest voluntarily demolished building in the world. 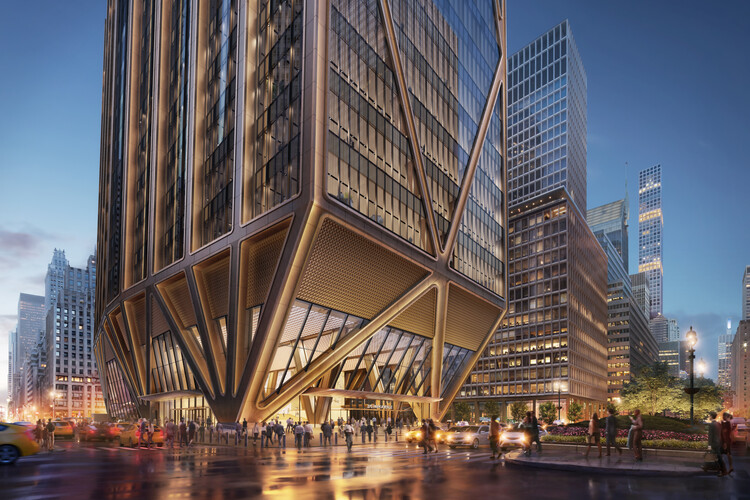 The climate crisis has reshaped contemporary architecture. Sustainability has become a central guiding force in design, and in turn, architects are rethinking how to build today. For CO Adaptive Architecture, addressing the climate crisis begins with a process oriented practice. Together, Ruth Mandl and Bobby Johnston have created a firm that embodies how a values-based approach can tackle the most pressing issues of our time. The result is elegant and impactful architecture brought to life with poise and finesse. 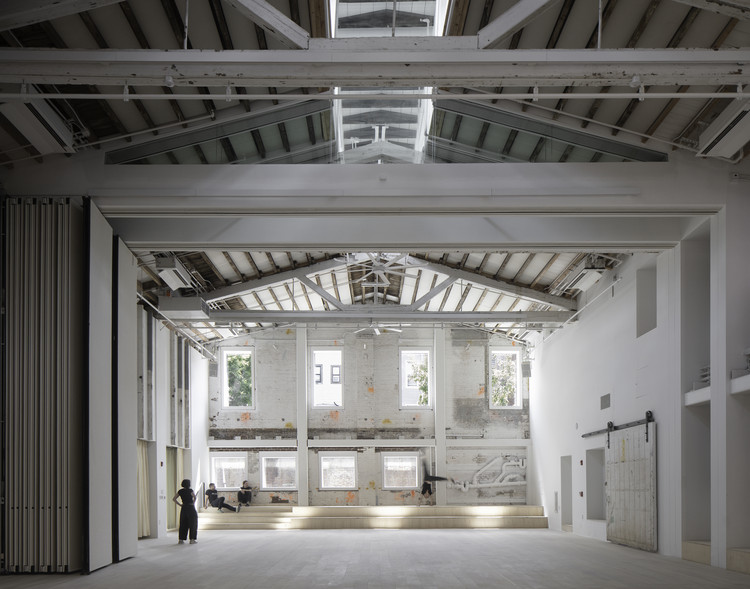 Under the latest round of NYC's Department of Design and Construction (DDC) Project Excellence Program, Commissioner Thomas Foley has announced that the agency has selected 20 firms to provide architectural design services for New York City’s future public buildings project. 10 of the selected firms are certified Minority- and Women-Owned Business Enterprises (M/WBEs), meeting the city’s ambitious goals of supporting M/WBEs and increasing its ability to generate culturally competent designs. 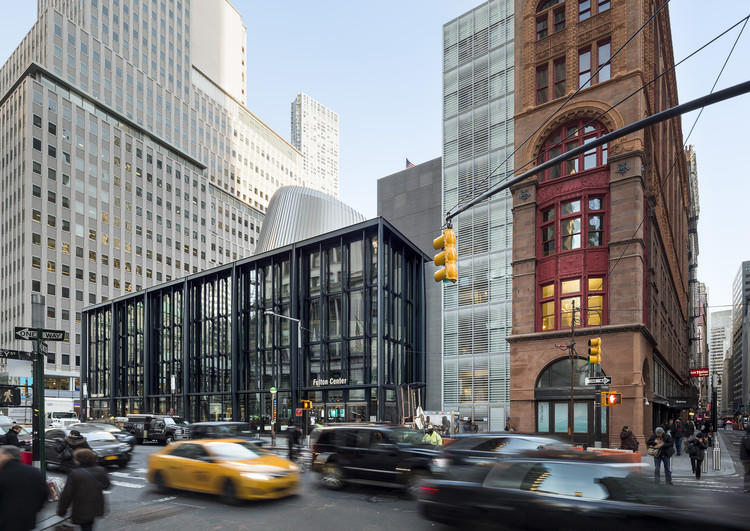 Central Park Will Become a Hub for Climate Research

As temperatures rise across the globe with no sign of slowing down, the parks of the future will be subjected to droughts, flooding, punishing heat, and more abundant snowfall as warmer air is capable of holding more moisture than colder air. (It’s often said the world of the future will be wetter and wilder for that exact reason.)

So how can urban parks harden themselves for the coming decades? The Central Park Conservancy, the Yale School of the Environment, and the Natural Areas Conservancy have teamed up to turn New York City’s most iconic park into a hub for studying climate change adaptation and potential mitigation strategies. The Central Park Climate Lab was announced on January 12 by the conservancy, and the insights gleaned from the program will expand to other parks across New York city and eventually, other parks across the country. 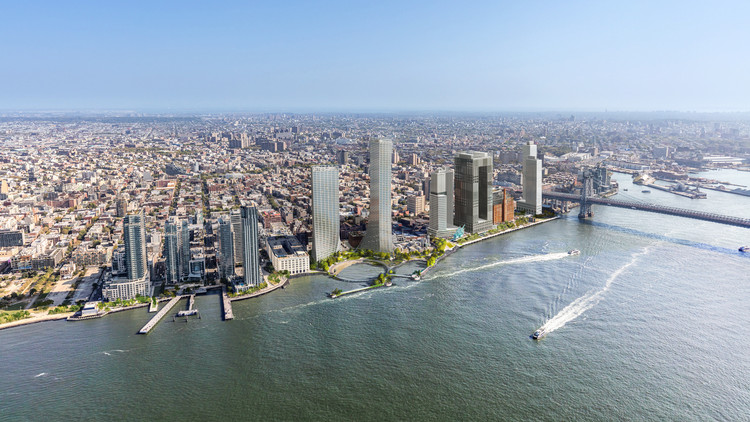 Disco Balls and Design: The Architectural Performance of Night Clubs

For decades, cities around the world have been promoting their nightlife scene and the designed spaces in which these activities occur. Occasionally hidden away from the hustle and bustle, offering a sort of escapism from the day-to-day-routine behind red velvet ropes and intense security measures, or sometimes proudly on display for people from all walks of life to congregate and spend the evening under the glisten of a disco ball or flashing lights, nightclubs are an example of how fashion, culture, and societal norms influence an often overlooked and underground side of architecture.

Lighting Design in Architecture: A Conversation with Hervé Descottes and Steven Holl

ArchDaily Professionals is an initiative that focuses on all of the collaborators involved in architecture and construction, who participated and are credited in the projects we have carefully curated and published. This project aims to recognize and highlight the best collaborators responsible for delivering the best architecture, by delivering valuable knowledge related to the different disciplines within our community. Today, we are launching a series of video interviews between architects and collaborating professionals, to learn more about their work and to understand the importance of these relationships to deliver high-quality architectural projects.

For this first interview, ArchDaily’s Managing Editor, Christele Harrouk, met with lighting design firm L’Observatoire International’s founder, Hervé Descottes, and American architect Steven Holl. In this moderated talk, we had the chance to speak to Hervé and Steven about their collaboration in three cultural projects in the United States: the Institute for Contemporary Art at VCU, the Winter Visual Arts Building, and Nancy and Rich Kinder Museum. In this conversation, we learned more about what lighting in architecture means to them, how space and light should be conceived and why a close collaboration between architects and lighting designers is crucial to architecture projects. 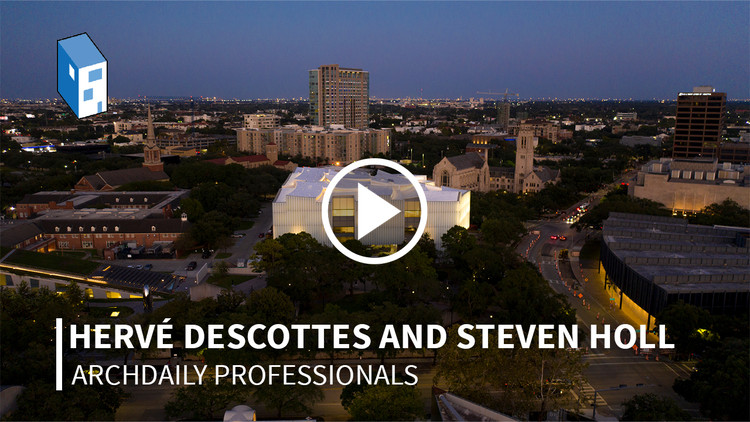 SHoP Architects and JDS Development Group's The Brooklyn Tower at 9 DeKalb Avenue has reached its final height. The monumental tower stands at 1,066 ft. formed by interlocking hexagons that create a dramatic facade of reflective bronze and black panels, providing residents with panoramic views of the city, river, and harbor. The tower is expected to launch residence sales in early 2022, and open for occupancy late 2022. 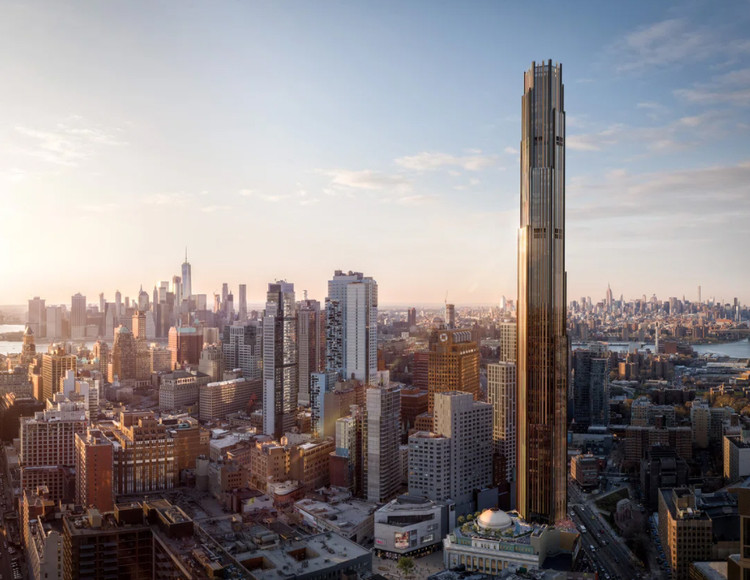 Morphosis has joined DesignClass, a growing collection of online classes featuring innovators from architecture, design, and creative leadership. Each class aims to build "curious and creative confidence" in future generations of creative professionals. Delving into design process, logic, and architecture, the new class focuses on how to translate ideas into dynamic architecture with one of the leading practices today. 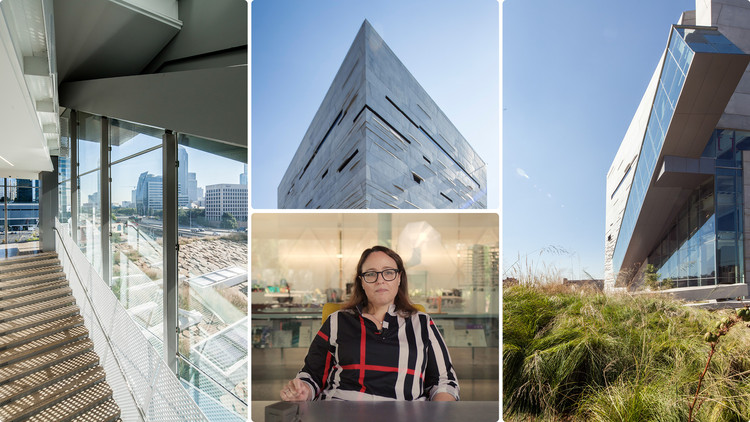 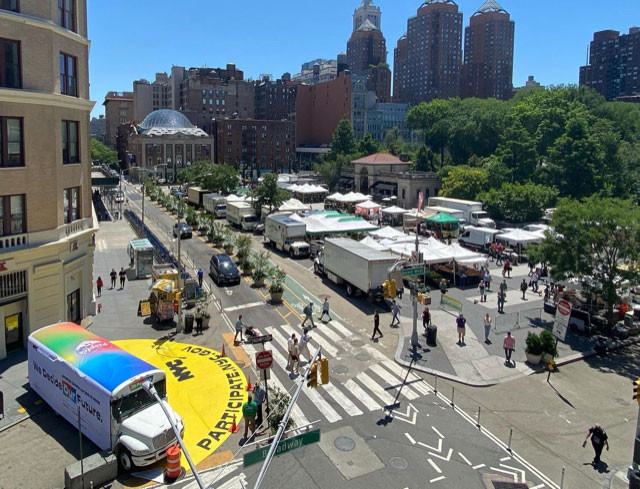 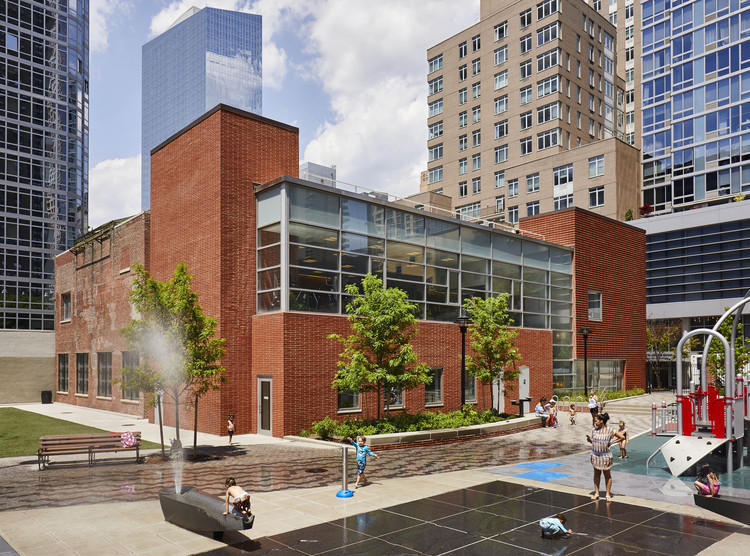