A new rendering released of the project shows the design in its final form (developed through a series of iterations), standing out even amongst notable neighbors including Frank Gehry’s IAC Building, Jean Nouvel’s 100 11th Avenue and Foster + Partners’ 551 West 21st Street.

Learn more about the building in our previous coverage, here, and the official building website.

BIG's planned residential complex along the High Line in New York has gone through multiple iterations since its unveiling last November. Now, in its latest form of two twisting towers rising from a split podium, the project is receiving a new name and key program piece. 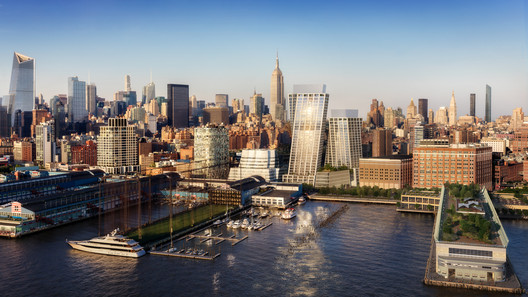