The Lisbon Architecture Triennale has announced the appointed Chief Curators for their 6th edition, which will take place in 2022. The architects Cristina Veríssimo and Diogo Burnay were chosen given their great professional experience in the various aspects of the discipline that includes education, academic, and project activity in Portugal and abroad. The duo will be dedicating three years to preparing the Triennale 2022, beginning with an exploratory period for research, a team definition phase, a phase of structuring the programme design, ending with its implementation.

On October 5th, the Associated Project "Caixas de Boxe / Boxing Boxes" of the Lisbon Architecture Triennale will be inaugurated in the Portugal Novo District (Bairro Azul) in Olaias.

Boxing Boxes is an architectural installation that explores the different physical practices of boxing. The structure aims, in addition to encouraging the practice of sports in public space, to create a tool for spatial and civic activation.

This project is authored by Mexican architect Daniel de León Languré and was produced by the Gatomorto Collective, Essays and Dialogues Association and Ampac Olaias (Neighborhood Association of New Portugal) with support from Santa Casa da

José Esparza Chong Cuy has been appointed as the new Executive Director and Chief Curator at Storefront for Art and Architecture. Following the departure of former director Eva Franch i Gilabert to London as the new Director of the Architectural Association, the extensive international search to fill her shoes began. An architect, curator, and writer, originally from Mexico, Esparza Chong Cuy was named and will assume the position starting November 1st.

Storefront, a non-profit organization based in New York City, engages in the advancement of design and architecture with interdisciplinary dialogue through exhibitions and projects that aim to transcend geographic and ideological boundaries. Charles Renfro, President of Storefront's Board of Directors, remarks, "We are thrilled to welcome José to the helm of Storefront, the very institution where he began his curatorial career over a decade ago."

Adults and Young People, Cycle of Commented Visits: A cycle of three visits to building sites in Lisbon. In the selection of projects are included public and private buildings of different scales, phases and typologies.

ARCHIFUTURES VOL. 1: The Museum, A Field Guide to the Future of Architecture

Archifutures Vol. 1: The Museum presents the last chapter of the first Future Architecture cycle and is the first part of a new three-volume field guide to the future of architecture. The collection maps contemporary architectural practice and urban planning, presented through the words and ideas of some of its key players and change-makers. From institutions, activists, thinkers, curators and architects to urban bloggers, polemicists, critics and publishers, these are the people shaping tomorrow’s architecture and cities – and thereby helping to shape our societies of the future as well.

Registrations are open for workshop Filming Architecture in Lisbon - December 2016

Filming architecture comes to Lisbon, Portugal! This is an academic itinerant workshop about architecture representation and narratives through cinematography, and will be part of the closing activities of the 2016 Lisbon Architecture Triennale. As the final product, students will produce a short movie filmed at a Museu dos Coches, a paradigmatic building designed by Paulo Mendes da Rocha and Ricardo Bak Gordon. 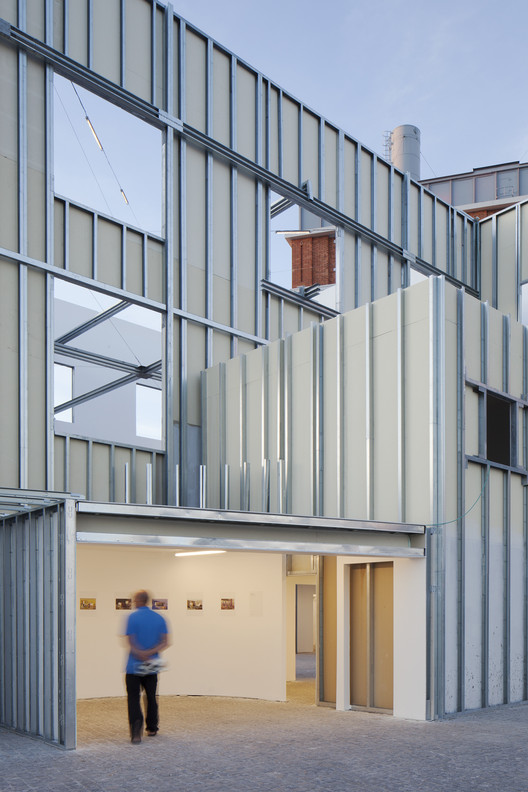 We’re only a few days away from the opening of the 2016 Lisbon Architecture Triennale, The Form of Form. Join us for an extended programme of activities designed for students that celebrate architecture.

We’re only one month away from the 2016 Lisbon Architecture Triennale, The Form of Form. Join us in Lisbon for the opening week from October 5 to 9, and enjoy a full programme that celebrates architecture’s fundamental principles.

Christian Kerez will close the 2nd Critical Distance cycle organized by the Lisbon Architecture Triennale. The Swiss architect is this year invited to represent his country at the 15th Venice Architectural Biennale. In his architecture, Kerez explores the structural elements as the most visible element of his buildings, strongly illustrated in projects such as a school in Leutschenbach, Switzerland, or a skyscraper in China.

The Lisbon Architecture Triennale is delighted to announce the opening call for Lisbon Triennale Millennium bcp Début Award, framed in the context of its 4th edition – The Form of Form. Targeted at international emerging architects, the Début Award boosts the recognition of young professionals or recently established practices. This distinction awards outstanding work, critical ideas, and encourages their career with a monetary prize.