MoMA Exhibition Explores the Architectures of Decolonization in South Asia

The Museum of Modern Art - MoMA has announced the opening of an exhibition that explores the ways modern architecture in South Asia shaped up "idealistic societal visions and emancipatory politics" of the post-independence period. Titled The Project of Independence: Architectures of Decolonization in South Asia, 1947–1985, the exhibition includes over 200 works, ranging from sketches and drawings to photographs and architecture models sourced from prominent lenders and institutions in Bangladesh, India, Pakistan, and Sri Lanka. 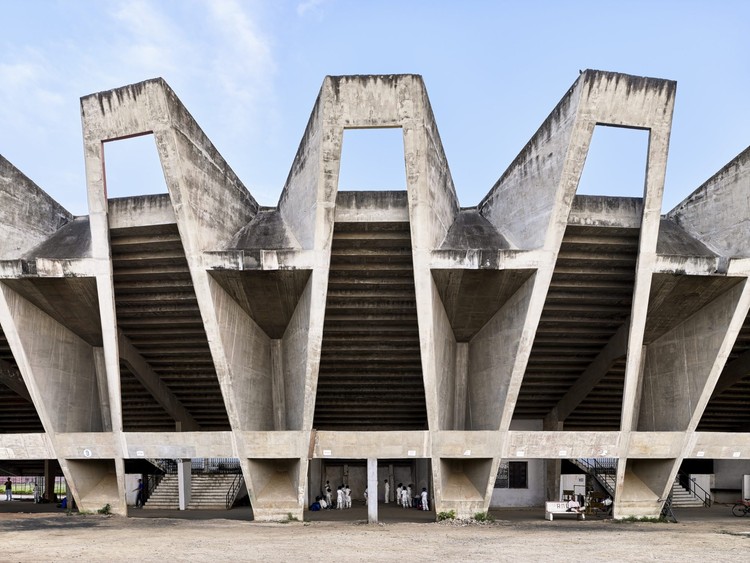 The RIBA welcomes Yasmeen Lari, Pakistan’s first woman architect, to discuss her work and the importance of vernacular architecture with BBC Correspondent Razia Iqbal. Over 45,000 disaster relief structures have been built under the direction and influence of Yasmeen Lari since 2010. With an emphasis on vernacular building techniques and materials she produces buildings that not only create a smaller carbon footprint, but also are simple enough to be built by the inhabitants in need.

A new exhibition, opening later this month in London, aims to examine the varying ways that cities and communities have been re-imagined in the aftermath of natural, or man-made, disasters. Including work by Yasmeen Lari, ELEMENTAL, OMA, Shigeru Ban, NLÉ, Toyo Ito, Metabolism (Kenzo Tange and Kurokawa Kisho) and Sir Christopher Wren, who redesigned London in the aftermath of the Great Fire of 1666, the exhibition will primarily explore contemporary responses to earthquakes and tsunamis. Posing questions about the fragility of architecture, our relationship to nature, and the power of architects to instigate change, it will ask whether we are facing a paradigm shift in the way that cities and communities recover from destruction.

On August 18 Al Jazeera will launch “Rebel Architecture,” a new series featuring architects who use design as a form of resistance and activism. By designing for the majority rather than the elite, the architects in “Rebel Architecture” are tackling the world’s urban, environmental and social problems. Through six, half-hour documentaries the series will highlight architects working in Vietnam, Nigeria, Spain, Pakistan, the Occupied West Bank and Brazil.

“In contemporary architecture, people are always concerned with ‘what a beautiful building’; or ‘what a pretty project’ – architecture should be about something more,” said Spanish architect Santi Cirugeda, who will be featured in the series’ first episode. Cirugeda works in Seville reclaiming abandoned urban spaces for the public, despite the fact that self-building is illegal in Spain.