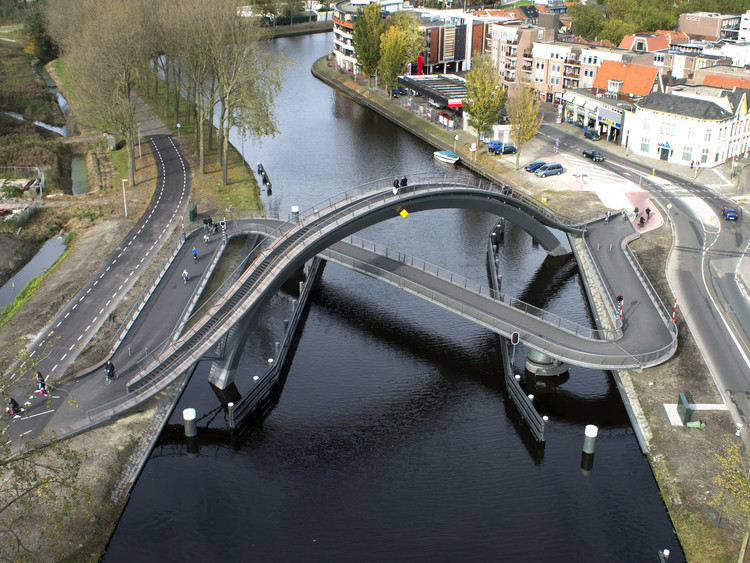 To celebrate World Bicycle Day, we are sharing 10 of the most bike-friendly cities across the world, and how they have adapted their urban spaces to fit the needs of cyclists.

Copenhagen is considered as one of the most bike-friendly cities in the world, with roughly 62% of its citizens utilizing bikes for their trips to work or school. The city is constantly investing in bicycle infrastructure and reworking urban layouts. Among the many bicycle-friendly structures, four bicycle bridges have already been built, with several more under construction.

Considered as one of the most bike-friendly cities in the world, Amsterdam continues to build bicycle infrastructure within its urban fabric. In 2019, the city released a new plan for 2022 that focuses on improving bicycle parking lots and existing infrastructure. The city is creating new “royal routes” to accommodate more bicycles, as thousands of new habitants are relocating to the capital every year, and widening existing cycle tracks. They are also increasing the number of low-speed cycle streets, and redesigning major intersections to ensure the safety of cyclists.

Similar to other cities in the Netherlands, Utrecht created world-class cycling infrastructures and aims to double bicycle commuting traffic by 2030. This orientation towards bikes came as a response to the high expense cars have, which encouraged citizens to switch to bicycles for their commutes. Back in 2017, the city of Utrecht opened the largest bicycle parking lot in the world. The parking's 22,000 total spaces will be divided amongst five bicycle-specific lots near station entrances to allow for multi-modal commuting. It also utilizes a digital system to help users find their designated parking spots, powered by the city’s public transportation system, along with a bicycle service station and facilities.

In cities like Bogota, which is ranked within the top three of the world's most congested cities, promoting the use of bicycles instead of cars has been one of the key solutions to limiting traffic congestion and overcrowded public transportation systems. Although the city is not yet entirely bike-friendly, several solutions have been implemented on an urban scale to encourage the use of bikes, such as temporary and permanent bike lanes along the city's roads. However, with governments encouraging the use of bicycles or skates, they must also address residents' safety and provide solutions that ensure their wellbeing.

The city has always been considered as France’s first bicycle city as it has set sights beyond a centralized urban cycling network. A few years ago, the city implemented new bicycle strategy that encourages new riders to take their bikes instead of cars, by reinventing the existing transportation network. In terms of improvements, the city expanded the 'Vélostras' cycle highways, and began considering utilizing cargo bikes.

Another one of Europe's most bike-friendly cities is Antwerp. The city has dedicated bike lanes, parking spaces, and ride-share programs, and lowered the inner-city speed limits to 30 km/h on most of its streets. Antwerp is also working on expanding their network of bicycle highways by implementing car-free routes that lead to touristic sites in the region.

Over the past couple of years, the Catalan capital has become a prominent urban cycling innovator with bike-share programs that are considered the best in the world. Barcelona has also lowered speed limits to 30km/h within the city, and added numerous new cycling paths, making it safer for cyclists to travel on their bikes, and encouraging for other citizens to refrain from cars or busses.

Malmö has more than 500 protected bike paths - the most among all Swedish cities. To promote bicycle usage, the city has run campaigns like “No Ridiculous Car Trips” which aimed to convince citizens to reduce the use of cars. The city has also introduced new technologies within their urban system, such as intersections with sensors, to alert car drivers when cyclists are approaching.

Although European cities often lead the rankings of the most bike-friendly cities, but Montreal also takes the lead when it comes to a global scale. Over the past years, the city has invested in improving its bicycle infrastructure by adding 600 kilometers of bike paths along their roads. The city also hosts a bike festival yearly, allowing cyclists to tour around the city on two wheels. 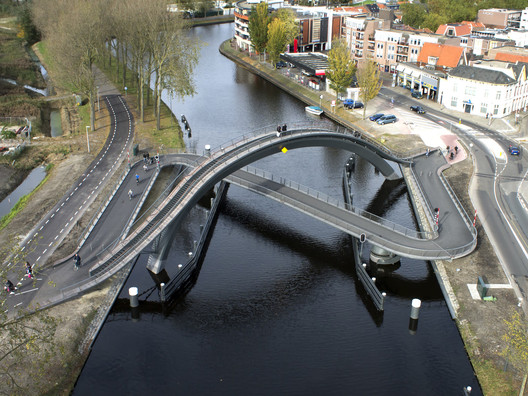