Design trends are often the result of foreign cultural influences, avant-garde creations, and innovative solutions for people's ever-evolving needs. Although the design world seems like one big mood board, some cities have managed to outshine the rest with their recent projects.

As part of their annual Design Cities Listing, Metropolis Magazine has highlighted 10 cities across 5 continents with intriguing projects that have harmonized contemporary urbanism with traditional and faraway influences.

Throughout the late 20th century, Peruvian architecture has been affected by the internal social and economical conflicts, which is why several architects, such as Sandra Barclay and Jean Pierre Crousse, were forced to travel abroad to study and work. The duo started their architecture studies and career in Paris, and it was only till the late 1990's, when the situation in Peru gradually improved and they received their first major Peruvian commission, that the duo made their way back home. Their work is a combination of Parisian influences and historic Peruvian techniques, taking climate-specific spatial cues as referents. For their Beehive Offices building in Lima, the architects externalized the structure to maximize the interior spaces, using concrete "exoskeletons" on the facade.

The Matanza River holds great importance in Argentinian culture. The river is adjacent to La Boca neighborhood, the birthplace of Tango, as it was a landing place for immigrants who made their way to the country in the late 20th century. Since a few decades ago, the area became infamous for crime and poverty, which is why artist Paola Vega and local art collective Triba created a vibrant mural titled "Esplendor" on the span of the river wall, utilizing the area's overlooked and stereotyped spaces. The mural is a vivid interpretation of the river, visible from boats, planes, and the river's promenade. Along with the Esplendor mural, Triba have created several installations and artworks scattered around the neighborhood.

Aside from a career in politics, Edi Rama, Tirana's former mayor (and Albania's current prime minister) is an artist. After the Second World War, the country was ruled by the Communist regime with the support of the Chinese and Soviets. This rule, which lasted almost 4 decades, isolated it economically, politically, and culturally. When Rama took charge in 2000, the city was under-invested and full of unsanctioned structures. Among his achievements, he demolished illegal buildings, added green spaces, and developed an ambitious master plan. the Skanderbeg Square, developed bi 514NE, Anri Sala, and Plan en Houtgoed, is an award-winning urban public space with fountains, greenery, and plazas. 130,000 tiles of 30 types of native stones cover a low pyramid which overlooks the opera, national museum, and national bank.

Marivi Calvo, a Valencia artist and Sandro Tothill, an Australian musician came up with the idea of creating light fixtures with wood veneers while preparing their first apartment. The couple eventually founded their lighting company LZF in 1995, creating signature pieces with natural wood and intricate craftsmanship. Koi is a sculptural light fixture developed by LZF Lamps and designed by Barcelona-based studio Inocuo. The giant carp-shaped light sculpture was inspired by the interlaced wooden surface of LZF's Armadillo Lamp, and imagined for an animated film.

Memphis is Tennessee's second largest city, with high crime and poverty rates. As the city gradually recovers from its reputation, several new and adaptive reuse projects are taking shape, such as the Ballet Memphis, a new bike-sharing system, and riverfront restoration project. Although situated within a neglected and constrained site, the wedge-shaped Madison Avenue Park has a lot to offer. Designed by Davies Toews Architecture, the urban park sits on a narrow alley, replacing Burger King. Since its site is sloped, the architects divided the park into two concrete triangles with vibrant-colored benches and signage.

In Senegal, professional design services are overpriced, leaving artisans vulnerable to market that prefers cheap labor. Senegalese designer Bibi Seck, who has designed furniture for Herman Miller and Nucraft, launched a design lab called Dakar Next, an initiative that aims to change how design in perceived and valued in Senegal. He has worked with several craftspeople, sharing the costs of material and splitting the profit of their designs, an action he believes fairly benefits the labor market. His creations range from affordable furniture pieces sold at IKEA to high-end retail items, such as his Moroso armchair which retails for over $2000.

In February 2019, millions of Algerian citizens descended to the streets calling for a prompt change in their political system. Prior to the protests, a group of urbanists and panelists gathered at the National Museum of Modern and Contemporary Art - Algiers to discuss a bridge proposal across the Bay of Algiers. Nacym and Sihem Baghli, the architects behind the proposal, first imagined the project in preliminary concept sketches, connecting Ottoman Fort at Tamentfoust with the Casbah towards the west. The estimated cost of the proposal was $1.5 billion, an amount which sparked a debate among the panelists. In January, the Baghli's organized a meeting titled La Rencontre d'Alger, aiming to propose urban solutions for the development of the city.

Although designer Alvin Tjitrowirjo states that he has a "love-hate" relationship with Jakarta, but his stylistic approach to furniture and interior design is always connected with the roots of his culture. The designer takes an avant-garde approach with traditional material, experimenting with local material and craftsmanship. His Dapour 100 Eatery & Bar is embellished with refined forms, vibrant benches and lounge chairs, all handcrafted with local material and labor force.

Kunio Maekawa is known as one of Japan's most notable Modernist defenders. In 1979, he developed the Fukuoka Art Museum, with barrel-vaulted ceilings, concrete pilotis, and tiled terraces. Japanese-firm Azusa Sekkei were responsible for the recent 3-year renovation. The firm wanted to create a more approachable space, expanding the galleries, adding a cafe and shop, and an outdoor square, bringing together the museum's past architecture style and present needs. 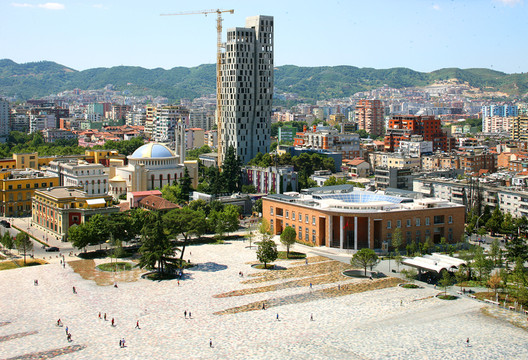