How Maggie’s Centres Help Cancer Patients Find Strength from Within

Since the first Maggie’s Centre opened in Edinburgh in 1996, the innovative psychological and social support facilities for people with cancer and their caregivers, friends, and families have been designed and built at an impressive clip.

EMBT has broken ground on Kálida Sant Pau, a new cancer treatment center located in Barcelona, Spain. Led by EMBT co-founder Benedetta Tagliabue, the pioneering project will provide practical, emotional and social support to patients that complements more conventional medical treatment. The latest project in the Maggie’s Center global network, the center will offer free programs that are “accessible and provided in a warm and welcoming purpose built space where you can ask questions and seek advice in order to feel supported, informed and understood.”

This article was originally published by Metropolis Magazine as "Q&A: Steven Holl."

For twenty years, Maggie's Centres have been providing cancer treatment to patients within thoughtful, beautiful spaces designed by renowned architects like Rem Koolhaas, Frank Gehry, and Zaha Hadid. Steven Holl's Maggie's Center Barts, located adjacent to St. Bartholomew’s Hospital in central London, is slated to open at the end of this year. While the design has been somewhat controversial in the UK due to its contemporary nature, the cancer care facility incorporates innovative lighting, sustainable materials, and a compact structure in a way that is—according to the architect—entirely complementary to its historical neighbors. We spoke with the renowned architect to learn more about the project and what it has meant to him over the past four years.

UPDATE: AL_A has won planning permission for their Southampton Maggie's Center design. According to a report by the Architects' Journal, the 420 square-meter "disappearing" building will be the charity's 19th center. It is set to open in 2017.

Amanda Levete Architects (AL_A) has submitted plans for a new Maggie's Center in the English coastal city of Southampton. Sited at the Southampton General Hospital, the proposed center will provide free practical, emotional and social support for people with cancer and their family and friends. The new building aims to provide a warm and welcoming sanctuary within the built-up hospital environment.

"Bringing a bit of magic to the place, the building emerges from this wild naturalistic landscape with an almost ethereal clarity," described AL_A. "Subtle, understated and imbued with light, it is designed to lift the weight from the shoulders of all who visit and work there."

dRMM Submits Plans for a New Maggie's Centre in Oldham

London-based practice dRMM have submitted plans for a new Maggie's Centre in Oldham, a metropolitan area north east of Manchester. Maggie's, a UK charity famed for its cancer care centres, is also well known for commissioning world-renowned architects to design their spaces. This latest proposal will be sited within the grounds of the Royal Oldham Hospital, becoming the second centre of its kind in Greater Manchester following Foster + Partners' current project in central Manchester.

Heatherwick Studio has received planning permission to build a new Maggie's center on the St James' University Hospital grounds in Leeds. Aiming to harness the therapeutic effect of plants for the benefit of the center's cancer patients, the building was designed as a series of stepped "planters" that intertwine to form a unique and restorative layout of inside, outside, private and public space.

"The site is a small patch of green surrounded by the huge volumes of the existing hospital buildings. Instead of taking away the open space we wanted to make a whole building out of a garden," said Thomas Heatherwick in a press release.

Maggie's, the UK charity famed for its cancer care centers designed by world-renowned architects, has released a proposal for a new building designed by Heatherwick Studio. The new center is planned to be built on the grounds of the St James' University Hospital in Leeds, and was submitted for planning permission this morning.

The design consists of a series of stepped "planters" which aim to harness the therapeutic effect of plants for the benefit of the center's users. The building's public and private interior spaces are woven both in between these elements, and into the interior space of the planters themselves.

After being granted planning permission last year, Norman Foster's new Maggie’s Cancer Centre in his hometown of Manchester has broken ground. The project is being built at The Christie, one of Europe’s leading cancer centres and the largest single-site centre in Europe. According to Foster + Partners, the new centre will "provide free practical, emotional and social support for anyone living with cancer as well as their family and friends." Surrounded by the Centre’s existing, lush gardens designed by Dan Pearson, Foster’s proposed structure aims to tap into the therapeutic qualities of nature by engaging the outdoors.

A legal challenge against Steven Holl's design for the new Maggie's Centre at St Bart's Hospital in London has been dropped, after Holl and Maggie's agreed to change the design. The challenge was brought by the Friends of the Great Hall, a group that has been campaigning against Holl's design and arguing that it would have a detrimental effect on the adjacent Great Hall designed by James Gibb in the 18th century.

Holl's design narrowly won planning permission in July, however the Friends of the great hall launched the judicial review a month later as a final attempt to block the scheme.

Artworks by Architects to be Auctioned for Maggie's Centres

For its annual Charity Christmas Auction, this year London's Anise Gallery is planning to raise money for Maggie's, the cancer care charity which has commissioned high profile buildings from architects such as Frank Gehry, Zaha Hadid, OMA, Richard Rogers and Snøhetta. The Anise Gallery's auction features works by both artists and architects, including four architects who have contributed Maggie's Centres themselves: Ted Cullinan, Chris Wilkinson of Wilkinson Eyre, and Piers Gough of CZWG, responsible for the Newcastle, Oxford, and Nottingham Centres respectively.

Others featured in the auction include architects Alison Brooks, Peter Murray, Jack Pringle, Christophe Egret, Rab Bennetts Je Ahn and Stuart Piercy, alongside artists including Ben Johnson, Norman Ackroyd and Jeanette Barnes. Until the auction on December 6th, all the works are on display at the Anise Gallery, however online bidding opens on November 26th here - alternatively, check out a selection of the available lots after the break. 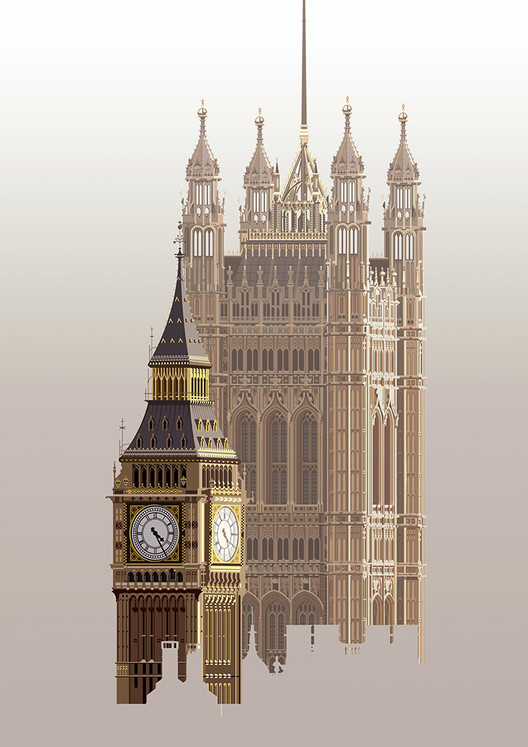 Organized by the New York School of Interior Design, and curated for CMOA by Raymund Ryan, curator of architecture, Carnegie Museum of Art is hosting a new exhibit: Maggie's Centres: A Blueprint for Cancer Care. Opening September 13, the exhibit showcases the extraordinary Maggie's Centres, works of integrated architecture designed to address essential human needs and the everyday challenges of cancer patients undergoing treatment. The work of Frank Gehry, Piers Gough, Steven Holl, Rem Koolhaas, and Richard Rogers have been selected to be included in the exhibition, and provide insight into how some of the most influential architects of our age have sought to positively alter the look, and more significantly, the feel, of healthcare facilities. 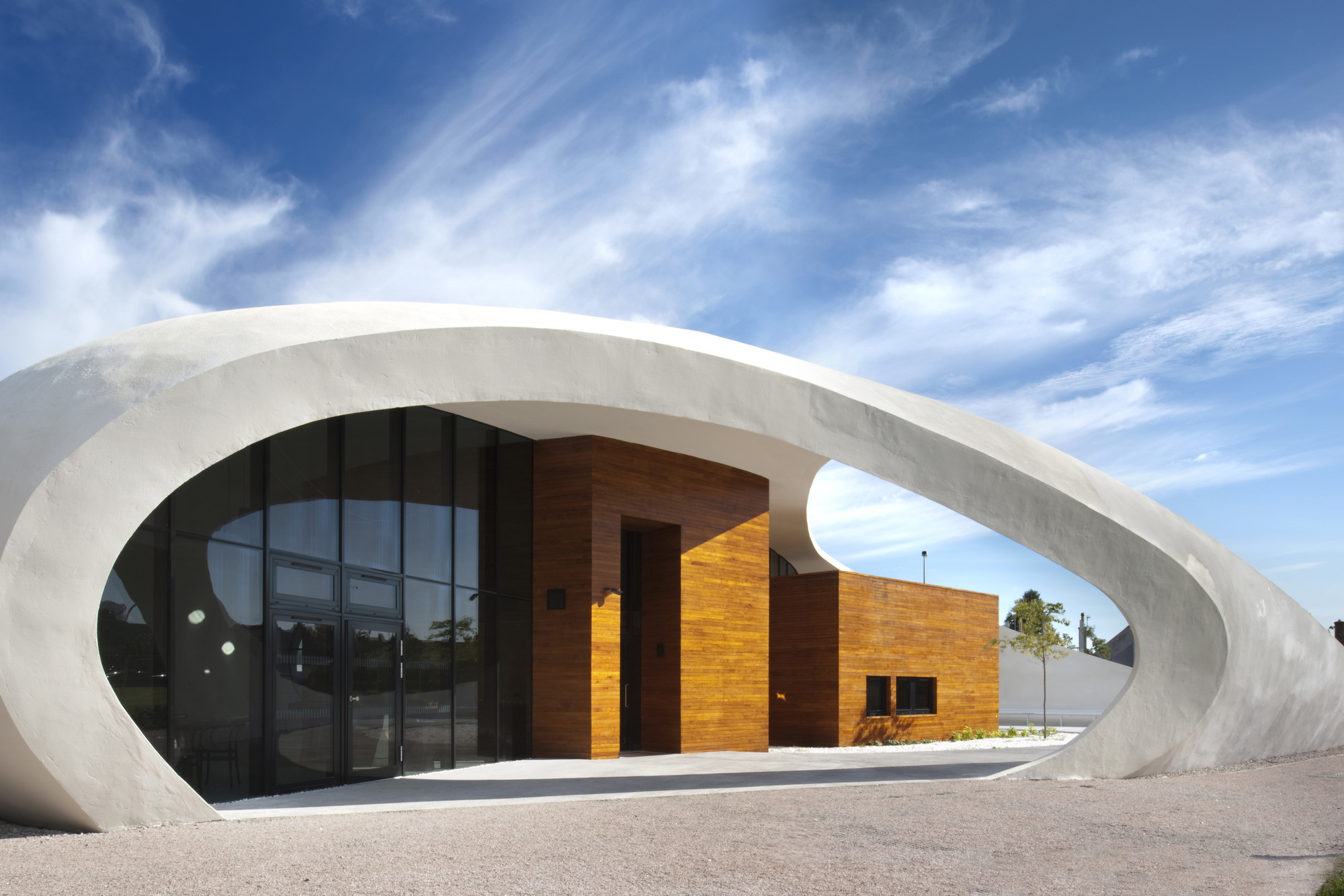 The Maggie's cancer charity has announced Thomas Heatherwick as the latest high-profile designer who will contribute to the Maggie's Centre program, with a site at the new Bexley Wing of St James's University Hospital in Leeds. The new centre will be the first Maggie's in Yorkshire, with Heatherwick joining the likes of Norman Foster, Richard Rogers, Zaha Hadid, Frank Gehry and Steven Holl in the list of Maggie's Centre designers.

More on the appointment after the break

Steven Holl's designs for a Maggie's Centre at St Bart's Hospital in London have finally been approved, after a tense debate among the City of London Planning Committee which culminated in a vote of 11 to 10 in favour of the design. The approval puts an end to a year of controversy, after Holl's first attempt failed to gain planning (the first time a Maggie's Centre has ever been declined permission) and a protest group commissioned a rival scheme by Hopkins Architects which gained planning permission in April.

More on the decision after the break

Michael Hopkins has added his thoughts to the row over Steven Holl's plans for the New Maggie's Centre at St Bart's Hospital in London, with a letter to London City Planners saying that the design is in the wrong place and would ruin the setting of the 18th Century Great Hall. Hopkins, whose rival scheme received planning permission last month, says that the construction of the Maggie's Centre represented a "once-in-a-lifetime opportunity" to restore the great hall to its original design which was only met by his plans to build the Maggie's centre in a different part of the St Bart's site.

Read on for more of Hopkins' criticisms

A design by Dow Jones Architects for a new Maggie's Centre in Wales has received planning permission. The centre will enhance the existing cancer care facilities at Velindre Cancer Centre in Cardiff which provides support across South-Eastern Wales. The building sits in gardens designed by RHS Gold Medallist Cleve West, and has an intimate relationship with the surrounding landscape, with rooms that open onto woodland gardens.

Read more about the design after the break

A rival to Steven Holl Architects' design for the Maggie's Centre at St Barts Hospital in London has received planning permission. The alternative scheme was commissioned by a group called “Friends of the Great Hall and Archive”, who believe the proposal by Steven Holl Architects would threaten the 18th century, Grade I* listed Great Hall. The newly approved scheme, designed by Hopkins Architects, proposes a different site for the new cancer care centre.

After their initial scheme was rejected, Steven Holl Architects' revised design was submitted for planning approval last week, with a decision expected in the summer.

Read on for reaction to the two rival schemes

The Story of Maggie's Centres: How 17 Architects Came to Tackle Cancer Care 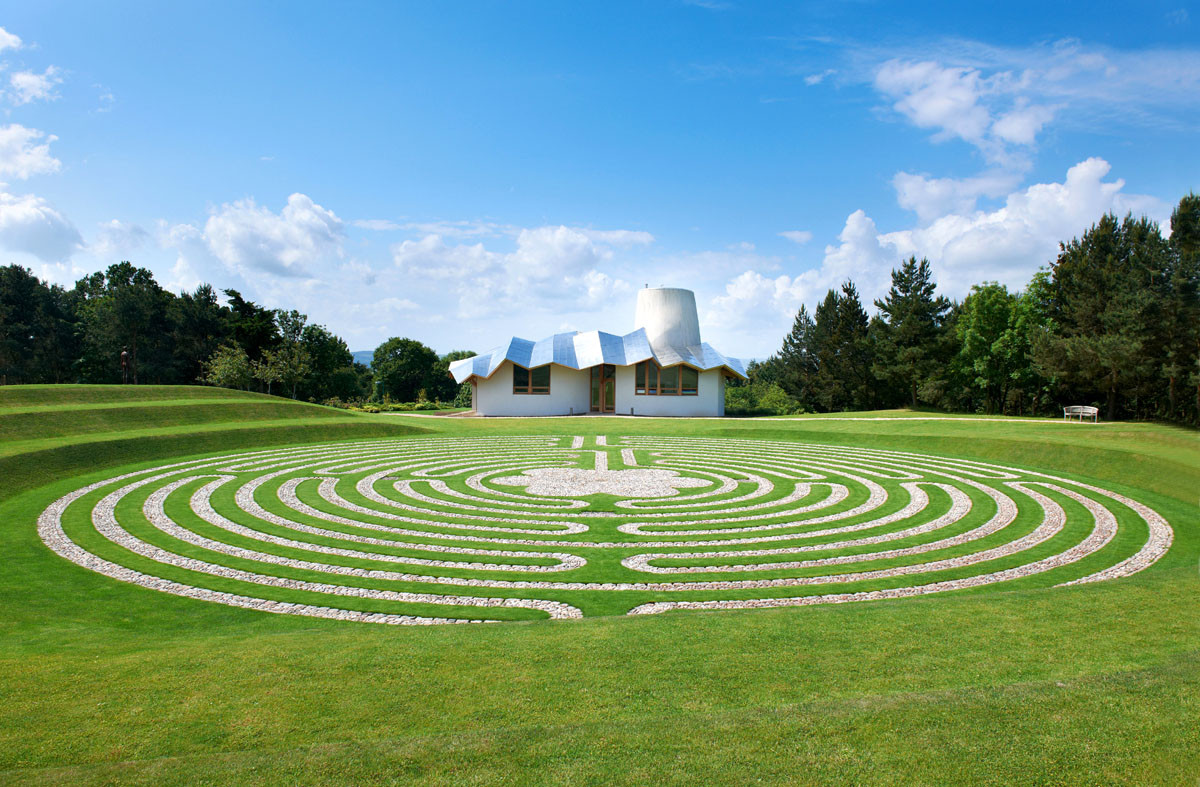