Since the first Maggie’s Centre opened in Edinburgh in 1996, the innovative psychological and social support facilities for people with cancer and their caregivers, friends, and families have been designed and built at an impressive clip.

Twenty-one Centres are open in the U.K. on the grounds of National Health Service hospitals. There are three others in Hong Kong, Tokyo, and Barcelona. And two more will open in the next six months.

An impressive roster of architects and designers, from Steven Holl and Zaha Hadid to Frank Gehry, has brought the Centres to life. The buildings’ small scale and follylike presentations are eye candy for magazines and blogs. Less emphasis, however, has been placed on the Centres’ unique program, which focuses on soft services rather than clinical care. Its proven therapeutic effects are inextricable from each building’s lush garden and residential interior, where guests will find warm finishes, such as wood or rusted steel, comfortable furnishings, and fine art.

Making a Maggie’s Centre feel like the opposite of a clinical environment has been at the heart of the design brief since Maggie Keswick Jencks spent the last year or so of her life envisioning the blueprint for such a space. The writer, artist, and garden designer— and wife of architectural theorist Charles Jencks— died in 1995, after years of cancer treatment. In the process of her treatment, Maggie became a fierce advocate for a refuge from the hospital. Crucially, she knew what these spaces shouldn’t be. In a handbook for coping with disease, Maggie wrote of how cheerless hospital waiting rooms lit by buzzing fluorescent lights sapped the vitality of patients, “who arrive relatively hopeful” but “soon start to wilt.

She campaigned for pleasant rooms with thoughtful lighting; views of birds, foliage, and the sky; seating that could accommodate solitary rest or laughter with a friend; a “ladies’ room” like the one you cry in at home; and a library. It would be planned around a shared kitchen, with no daunting corridors or institutional signage. Staff on-site would assist in a holistic sense, from offering information on how to advocate for the best care to help with exercise and relaxation therapies.

While the face of cancer has changed, and so has treatment, Maggie’s has remained strikingly consistent with its founder’s vision. “People want to feel more in control and empowered in the face of their disease. Maggie’s environments support that,” says Laura Lee, the chief executive for Maggie’s Centres. “They encourage self-determination and self-management.” Studies have long shown that attitude matters whenit comes to surviving cancer: Those who are educated and aggressive about their care live longer.

Cancer is a leading cause of death worldwide, and according to the National Institutes of Health, the number of new cases per year is expected to rise to 23.6 million globally by 2030. Meanwhile, overall cancer death rates have declined; people are living longer with the uncertainties of the disease. Then there is the toll on caregivers—typically family members who are putting in hours of unpaid work to be of assistance and support. “Being alive for longer in the face of illness means that our environment plays a larger role in how we feel,” says Lee, who was a nurse when she first met Maggie in 1991. She has led the development of every Maggie’s Centre since 1998.

“The difficulty of the hospital is the same as it ever was,” agrees Lily Jencks, Maggie and Charles’s daughter, and an architect and landscape designer. Like her father, she is a member of Maggie’s board of directors. “Hospitals are built mostly around requirements of very busy surgeons and doctors, and it’s difficult to hold on to one’s individuality and not become lost in the disease.” Most Maggie’s Centres follow a “hub and spoke” plan, with contemplative and more private spaces flow- ing off a kitchen or a central living area. “My mother thought that the building should be understandable as soon as you walk in, and you should have a sense of ownership,” says Lily. Views and access to gardens are key elements of each Maggie’s, and most windows frame green spaces. Lily, who now runs her own prac- tice in London, designed the landscaping for Maggie’s Glasgow Gartnavel (2011) while working for OMA. There, she points out, Rem Koolhaas disrupted the typical Maggie’s typology by designing a ring of interlocking glass-walled rooms facing a garden. Located in a swale, the building feels like a pavilion in the woods.

Maggie’s Centre Barts (2017), designed by Steven Holl Architects, contains floors of open spaces lined in perforated bamboo, all radiating from an integral open stairway. Despite the vertical structure, “you still feel and see what’s happening around you,” says Lee. “The effect is a layering of public and private spaces.” Some rooms lend themselves to more communal activities, like kitchens and living rooms centered on a fireplace, while other, smaller spaces might facilitate private conversations.

While the Centres’ list of boldface-named designers is surely thanks to the Jenckses’ standing in the profession, Lee says the choice of each architect is personal and intentional. Any architect can fulfill the functional elements of the brief, but it takes emotional intelligence to meet the existential needs: How does the building allow for distraction, hope, and a sense that life is still worth living? Lee says that Maggie’s avoids tropes of institutional or hospitality interiors, and instead focuses on a sense of domesticity flexible enough to accommodate people of all ages and backgrounds. It democratizes the luxury of comfort.

As Maggie’s Centres continues to thrive—receiving over 281,000 visits in 2018 from people with cancer and their families—what has changed since the organization’s launch are the more widely known effects of patients’ surroundings. “We are all deeply infected and affected by the things going on around us, both on an ecological and environmental level,” says Lily. “In health care, we see that directly.” 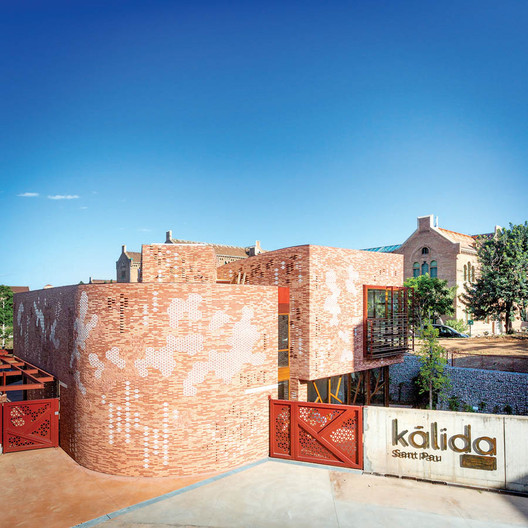