Documentary: The Latest Architecture and News

Dutch design practice Mecanoo has released a new documentary exploring the modernization of Washington DC’s Martin Luther King, Jr central library. Called "A Legacy of Mies and King", the documentary explores both architect Ludwig Mies van der Rohe's vision in the sixties, as well as the recent effort to create a modern library that reflects a focus on people while celebrating the exchange of knowledge, ideas and culture.

The Metropolitan Opera offers a free stream each night on the Met website for a period of 23 hours, from 7:30 p.m. EDT until 6:30 p.m. EDT the following day.

Beginning on Saturday, May 9 at 7:30 p.m. EDT, the Met will present a free stream of "The Opera House" by award-winning filmmaker Susan Froemke.

The 2017 documentary is about the fascinating creation of the new Metropolitan Opera House at Lincoln Center, which opened in 1966. Through rarely seen archival footage and recent interviews, discover the untold stories of the artists, architects, and politicians who shaped the cultural life of New

Watch Netflix's Abstract: The Art of Design For Free

Netflix released ten of its documentary films, shorts and docuseries free on YouTube for anyone to watch. Included in the set is Abstract: The Art of Design, exploring "the most creative designers" from various fields. The first season of this series goes into the the art, science and philosophy of design. Back in 2017, Netflix launched the documentary series with the aim of demonstrating how design influences all aspects of our lives.

“Home” is a new documentary series created by Apple TV+ that takes viewers on a tour of some of the world’s most intriguing dwellings. The first season, spanning nine episodes, showcases how domestic architecture is being re-evaluated across different contexts and geographical areas, taking radical, innovative, and highly creative forms. 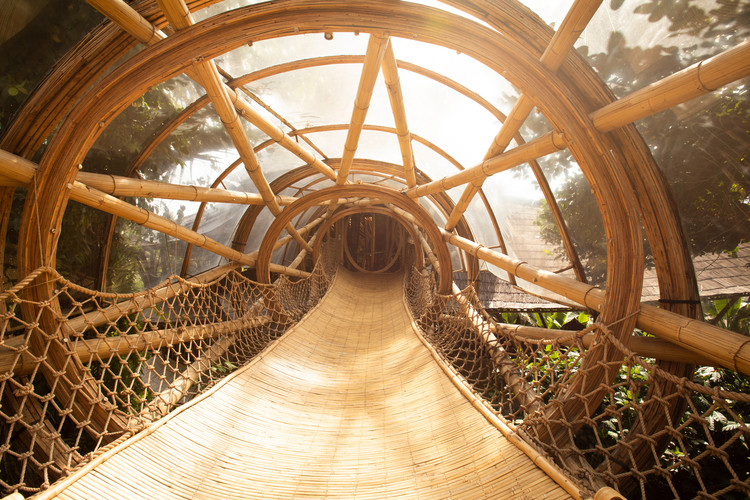 Netflix isn't just a great service for relaxing or procrastinating—it can also be a great learning tool for architecture and urbanism. That is why we have put together seven tips—including both series and documentaries—for architecture-related viewing that, in addition to being entertaining, can help broaden your knowledge.

City Dreamers is a documentary by filmmaker Joseph Hillel that underlines the ever-changing city of tomorrow and the life and work of 4 women architects who reconsidered the urban environment. Phyllis Lambert, Denise Scott Brown, Cornelia Hahn Oberlander and Blanche Lemco van Ginkel are inspiring pioneers that observed and shaped the city of today and tomorrow.

The various practices of mankind over the past decades have taken a huge toll on the environment. People of all nationalities, interests, and career backgrounds have been trying to find means to heal the wounded landscapes and shed light on the environmental crisis.

Directed by BAFTA-nominated film director Richard John Seymour and produced by Norwegian design firm 3RW arkitekter, Landscape Healing is a cinematic documentary that follows the journey of a diverse group of people who have been setting a paradigm for humanity's greatest challenge: the rewilding of our planet back to a sustainable level. 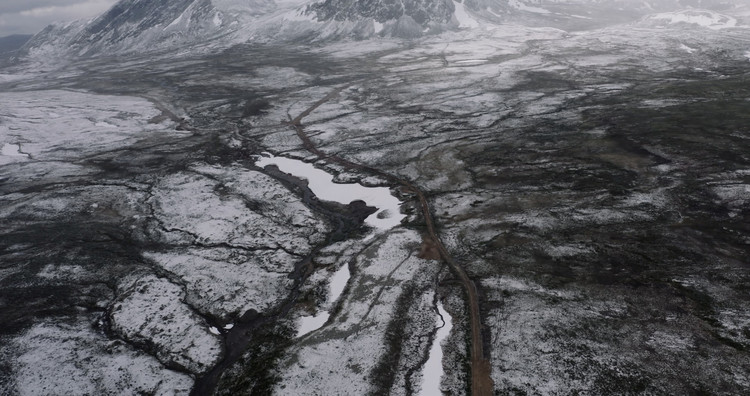 In the midst of today's digital revolution, architectural representation is no longer solely based on high resolution photography. Architects are now collaborating with audiovisual professionals to transform their projects into cinematic experiences. 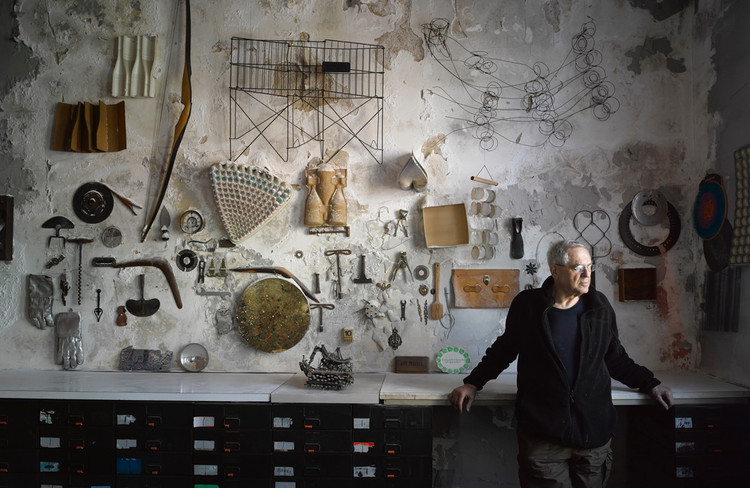 Building Images: A Video on How Social Media is Changing Architecture

Before social media took over, buildings were published on magazines, edited and refined according to their architects’ preferences. Nowadays, magazines are left on the sidelines for a much more influential platform, one that is not totally controlled by the architects. Digital communication has changed the way people view and interact with architecture, providing architects with new insights on how to design their structures.

PLANE—SITE, a global production agency involved in the world of urban, cultural, and social spaces, have put together a short video that examines the impact of social media on architecture firms. Building Images provides insights from OMA/AMO and UNStudio, two firms with different approaches to social media, who explain how social platforms have helped them see their projects in unprecedented ways.

In celebration of this material, experimentadesign, a research project focused on design and architecture founded in Lisbon, developed Primeira Pedra, or First Stone. This multimedia platform explores the characteristics and qualities of Portuguese stone.

The Prolific Career of an Early Bauhaus Innovator: Laszlo Moholy-Nagy

The Hungarian artist László Moholy-Nagy was one of the most influential thinkers, designers and art educators of the first half of the twentieth century. His experimentation with light, space and form generated international attention. Among those impressed by Moholy-Nagy's work was Walter Gropius, German architect and founder of the Bauhaus School, who made Moholy-Nagy one of the youngest instructors in the history of the Bauhaus. In his time at the Bauhaus, Moholy-Nagy utilized multi-disciplinary art practices to revolutionize abstract artistic media.

But who was the man?

Chiloé is a five-part video series produced by Glaciar Films and directed by Diego Breit and David Guzmán; it explores the architectural identity of the southern island off of Chile. Architects, carpenters, artisans, and inhabitants present the constructive history of the island and explore how it is faced with the imminent changes of modern production and practices.

Glaciar Films has made three of the five episodes available to ArchDaily readers. In these clips, explore the island's architecture along with interviews with principal architects of the region: Jonah Retamal, Edward Rojas, and Macarena Almonacid.

"Past, Present, Future": Leading Dutch and Italian Designers on Being an Architect Yesterday, Today, and Beyond

Architecture is always evolving. The practice and business of architecture are undoubtedly evolving alongside the more obvious technological advances, but what we often forget is that there are no new ideas. When it comes to design, what we see manifested in our daily lives is the result of evolution. And at the root of that design evolution is inspiration.

A new initiative from Gianpiero Venturini and his firm Itinerant Office titled Past, Present, Future aims to open a research path based on the analysis of successful practices in the 21st Century while ultimately providing a new form of inspiration for the next generations of architects and designers. The documentary series begins with a select group of 11 international architects, including Jacob van Rijs, co-founder of MVRDV, Mario Cucinella, and Simone Sfriso, co-founder of TAMassociati. Each architect is featured in three video interviews in which they reveal the methodology behind their designs, the themes and approaches within their architectural practice, and the predictions they have for architecture in the near and distant future.

ArchDaily had the chance to catch Rem Koolhaas and his son, Tomas Koolhaas, together, when they met for a weekend in Los Angeles. In their first ever interview together, following the release of “REM” online, we spoke with the pair about the documentary that was four years in the making. The film had Tomas following his father from the desert to the ocean to the 2014 Venice Biennale, as well as inside several OMA projects around the world, like the Seattle Central Library in America and Maison à Bordeaux in France.

The pair reveal what their father-son relationship is like, how the profession of architecture and filmmaking inform each other, and shine a light on the challenges of filming a well-known family member. Work aside, what came across the most strongly throughout the conversation was the respect they had for each other’s craft, and their gratitude for the chance to work so intimately as father and son.

Hong Kong is a unique city. With its unlikely history as a British Colony, its position as a global hub city, and its spectacular geography, the dense, lively streets of Hong Kong feature a variety of urban phenomena that can't be found anywhere else in the world. In this series of video essays, New Office Works probes the urban character of Hong Kong with stunning depth, uncovering histories and explanations that bring new intrigue to an urban fabric that is, both literally and figuratively, already heavily layered.

The title of the series, Middle Man, references Hong Kong's status as a city that mediates between east and west, calling back to the "compradors" that helped the city to grow in the 19th century by translating for traders—middlemen in the most literal sense. Rooted in this history, the urban environment is not one built on grand schemes or overarching ideals, says New Office Works: "The combination of a growing population and limited land has cultivated an instant-fix mentality. There is neither time nor space for architectural ideologies, only pure pragmatism."

Lessons From the Latest Bjarke Ingels Documentary: Don’t Let Your Next Building Be Your Last

What if the one thing that makes BIG "BIG" was suddenly stripped away right at the apex of its potential? That's the question posed by the trailer for Kaspar Astrup Schrøder’s documentary BIG TIME, which ominously illustrated a possible problem with Bjarke Ingels’ health.

Schrøder's documentary highlights the intense journey of Bjarke Ingels, the founder of Bjarke Ingels Group, through the past few years of his life. This unique insight into what exactly it's like to be an architect on top of the world ultimately poses a question that needs to be answered by anyone seeking to reshape the world through design. How do you handle the responsibility of forming the future you want to live in?