Save
10 Fires That Changed Architecture Forever
Share
Or
Copy

With no casualties, last week's fire at the Glasgow School of Art, which caused significant damage to parts of the building and gutted Charles Rennie Mackintosh's canonical library room, will be remembered as a tragic event that robbed us of one of the best examples of Art Nouveau of its time. The intention of the Glasgow School of Art is to restore the building in the hope that in generations to come, the fire will be all but forgotten, a strategy which has been largely well received by the profession.

However, in the case of other fires things have not gone so smoothly: for millennia, fire has played a big role in determining the course of architectural history - by destroying precious artifacts, but often also by allowing something new to rise from the ashes. Read on after the break as we count down the top 10 fires that changed the course of architectural history. 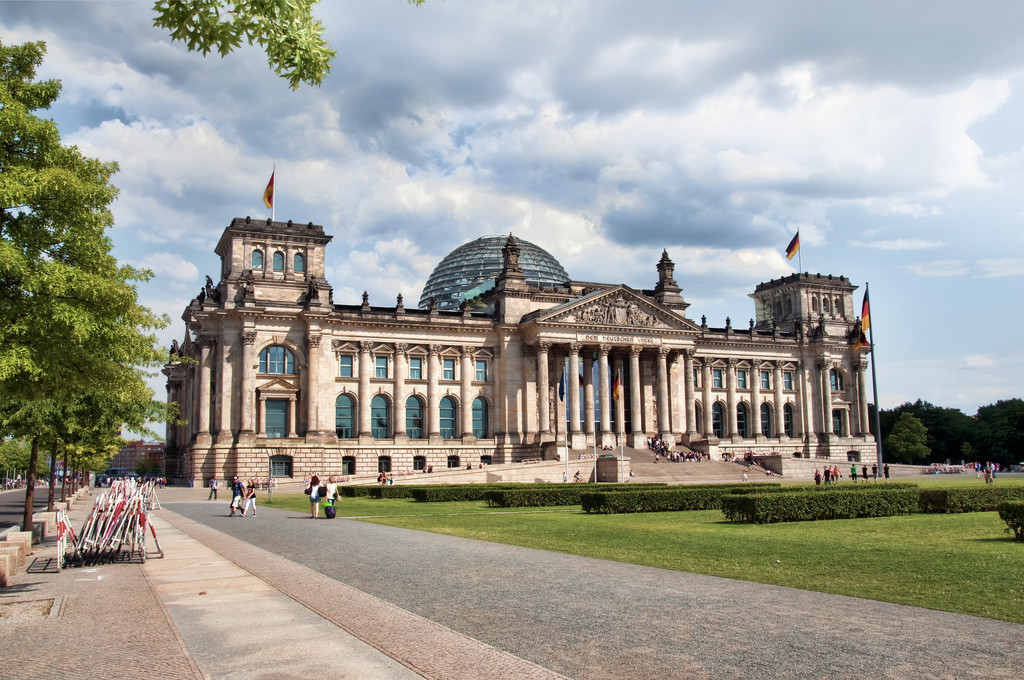 The University of Virginia's Rotunda is generally acknowledged as one of the high points of Thomas Jefferson's career, architecturally speaking. But what is less frequently acknowledged is that the university's pride and joy actually dates from 1976; after the original was destroyed by fire in 1895, Stanford White (of McKim, Mead and White fame) rebuilt the structure with significant alterations, including removing the middle floor and thicker columns on the portico. This design stood for much of the 20th Century, until in the 1970s Frederick Nichols, a professor of the university's school of architecture, restored the building to Jefferson's original design.

When the palace of Westminster was entirely destroyed by fire, the lure of tradition meant that the British Parliament opted to rebuild on the same site. Although neo-classical was popular at the time, it also had connotations of revolution thanks to events in America, and so the more 'conservative' neo-gothic style was stipulated by the House of Lords. This lead to the design by Charles Barry and Augustus Pugin, and one of the most postcard-friendly sights in London.

Visitors to the Louvre these days might notice something a little off about this Parisian landmark: the Grand Axis, which runs arrow-straight from La Défense for nearly 8km, does not line up with the facade of the Louvre at its end. This is because until 1871, the Axis ended at the Tuileries Palace, the primary home of the French Monarchy until the construction of the Palace of Versailles. This palace enclosed the courtyard in front of the Louvre, which was built at a kink to the main axis due to the curve of the river Seine. When the palace was burnt down in the years of the Paris Commune, a less-than-favorable political climate prevented a rebuild of this symbol of the monarchy, resulting in the Paris we know today. However, in recent years there has been a proposal to rebuild the palace, to restore the perfection of the Axis and provide more room to display the Louvre's collection.

There's no question that the Crystal Palace was one of the world's most significant buildings of the past two centuries. The international show-off piece was constructed in Hyde Park for the first World's Fair, then later reconstructed in Sydenham where it served as an exhibition and events venue for over 80 years. But in spite of its architectural importance, the Sydenham reincarnation was less successful both functionally and financially, leading many to believe that its eventual obliteration by fire in 1936 was probably for the best. Even so, controversial plans to reclaim this lost glory (or something approximating it) are underway.

The Nika Riots were among the most violent riots in the history of Constantinople (modern-day Istanbul) resulting in nearly half the city being burned to the ground, including its most important church. In spite of the fact that this was the second church on the site to be destroyed in riots, and in an obviously troubled political climate, Emperor Justinian wasted no time in putting all resources towards what was at the time the largest cathedral in the world. 1500 years later the same structure fortunately still stands - albeit with some major alterations and reconstructions - having survived earthquakes, wars and multiple religious conversions. Now it's a museum, the unquestioned high point of Byzantine architecture, and still one of the world's most impressive buildings.

The fire started by communist Marinus van der Lubbe at the Reichstag just four weeks after Hitler came to power was arguably more important to world history than it was to architectural history: the Nazis used the fire as an excuse to reduce civil liberties and galvanize their rule over Germany. Nevertheless in the 80 years since, the building itself has been important in architecture. Left as a ruin partly for reasons of propaganda by the Nazis, and unrestored during the Cold War due to the country's disunification, the Reichstag became a symbol of the new democracy in the 1990s, when Norman Foster's restoration and glass dome presented a new archetype for transparent (literally and figuratively) government buildings.

This may be cheating a little, since the incident at Ronan Point is best described as an explosion rather than a fire. However, there's no question that when the prefabricated wall panels on the 18th floor of this postwar housing block were blown off by a gas explosion, British architecture changed dramatically. With the structure on the 18th floor compromised, the floors above collapsed and took an entire corner of the building with them, killing 4 people and injuring 17 more. This incident was just one of the factors which contributed to the widespread distrust of modernist housing.

This fire is perhaps unique on this list, as it both destroyed an architectural gem and created the conditions for another to emerge. The original Equitable life building was, by today's standards, modest in size - but when it was built in 1870, its 40m height was a world record, and some consider it the first skyscraper. After it burnt down, it was replaced shortly afterwards by the Equitable Building, whose sheer 38-story walls upset many New Yorkers and led to the 1916 Zoning Resolution which required setbacks in tall buildings, resulting in the distinctive shape of the Empire State Building and the Chrysler building among others.

The drive to rebuild London after the great fire was not as comprehensive as Sir Christopher Wren would have liked: along with others, he proposed a plan consisting of a network of wide boulevards, but after an attempt to find out "to whom all the houses and ground did in truth belong" this was found to be impractical. Instead he was chosen to rebuild St Paul's Cathedral, along with over 50 other churches in London. In addition to this high profile addition to the city, the fire led to a new law which forbade the construction of timber buildings. This resulted in the decline of the half-timbered houses common in the Tudor era, and allowed for the emergence of stone Georgian architecture.

It's almost impossible to imagine contemporary architecture without the existence of skyscrapers, and not unreasonable to say that without the fire that cleared a huge portion of Central Chicago in 1871, the development of skyscrapers would have taken a very different path. The city was home to the Home Insurance Building, widely acknowledged as the first metal-framed high-rise building in the world.

The opportunities presented by Chicago's rebuilding efforts also attracted a young Louis Sullivan, who legitimized the architecture of tall buildings by helping to develop the 'Chicago School' of architecture, a style which - while it didn't dispense of ornamentation - heavily adapted existing architectural styles to better suit vertical buildings. He also served as mentor to a certain Frank Lloyd Wright.

The atmosphere created in the decades after the fire also served as the perfect home for the migrant Mies van der Rohe, who moved to Chicago in 1937 and constructed much of his most recognized work there.