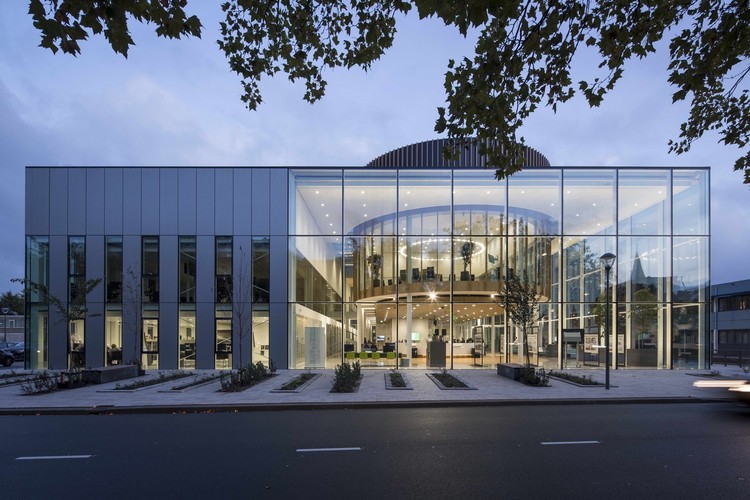 RSHP Reveals Design for Office and Mixed-Use Tower in Shenzhen

Architecture office RSHP has unveiled the design for the Shenzhen - Hong Kong Innovation Integrated Service Centre, a 45-storey tower in the Futian Free Trade Zone in south Shenzhen. The building features an integrated floating podium which provides spaces for retail, cultural events, and green roof gardens. It also connects to the existing metro station and articulates the street-level plaza. The design results from a negotiation between two distinct briefs asking for a tower and a mixed-use podium on neighboring plots. RSHP’s proposal was to merge the briefs by integrating the podium into the south side of the tower, thus creating a distinct identity and creating a better relationship with the surrounding public space. 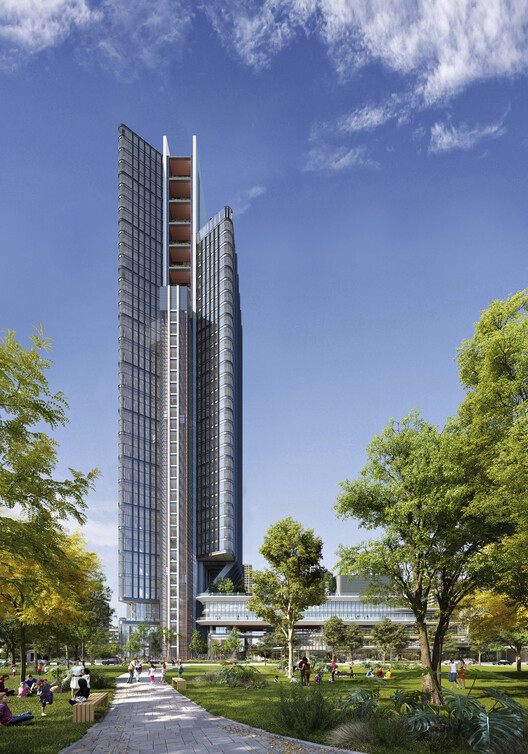 Architecture practice Rogers Stirk Harbour + Partners (RSHP) has won the international competition to design a new nearly net zero operational carbon business center in the city of Vilnius, Lithuania. The competition, organized by the Lithuanian Union of Architects and the Right Bank Development Fund, requested the design of a 19,200-square meters office space in the Central Business District of the city. One of the key ambitions of the project was the reduction of embodies carbon, achieved through a number of strategies, including the use of cross-laminated timber floor planks and locally sourced materials. 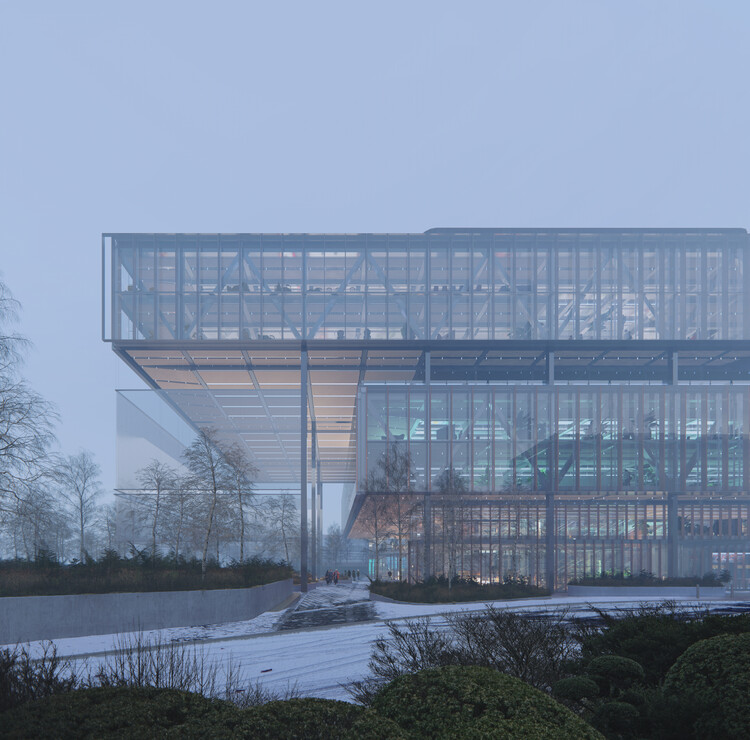 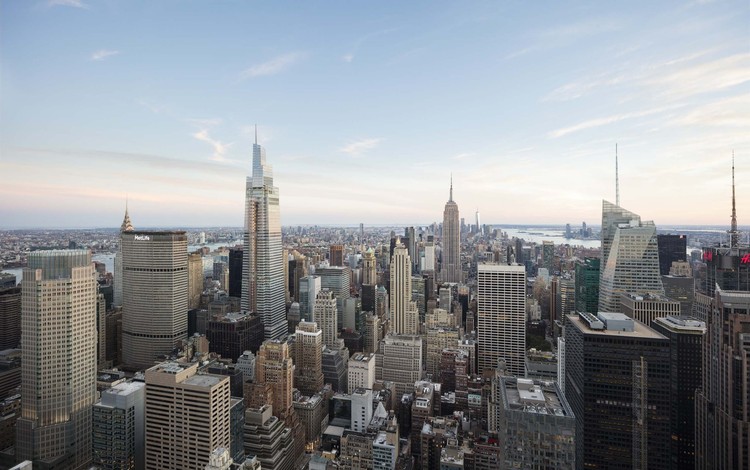 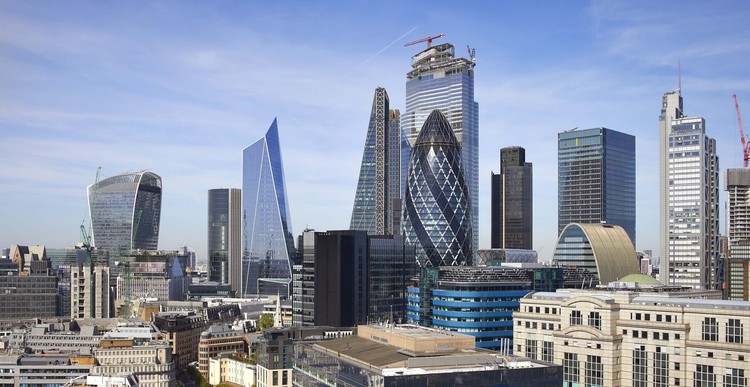 Richard Rogers, the fourth British architect to be awarded the Pritzker Prize, has passed away at 88 on Saturday, December 18, as reported by The New York Times. 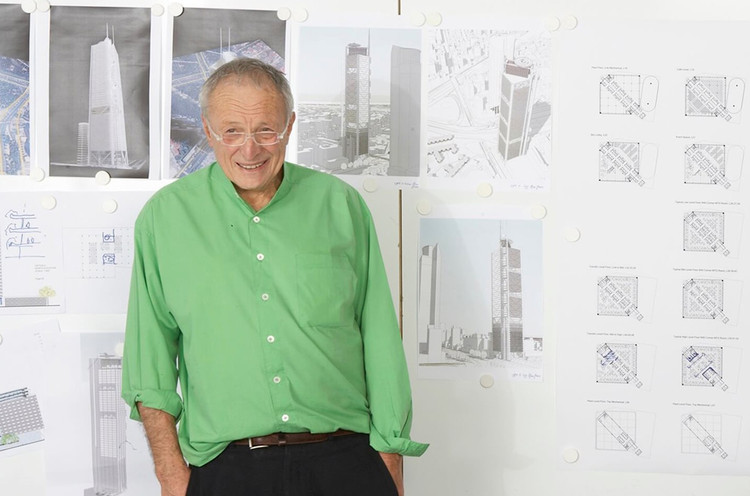 London-based architecture firm Rogers Stirk Harbour + Partners (RSHP) has unveiled its design of a 227-acre distillery master plan in Somerset, Kentucky that aims to become a vibrant destination on the Kentucky Bourbon Trail® with commercial and cultural facilities that honor the heroes of 9/11. 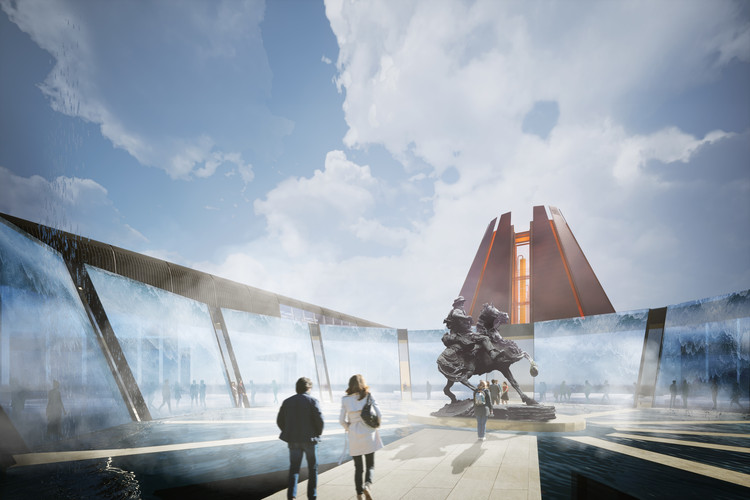 Rogers Stirk Harbour + Partners along with AUBE Conception have won the design competition of the Qianhai Financial Holdings Headquarter Tower, a mixed-use commercial building in the center of the Qianhai district in Shenzhen, China. Rising 220m, the metallic bronze-clad tower will include triple-height sky lobbies, a central atrium, and a skyline pagoda, all elevated and supported within four monumental columns. 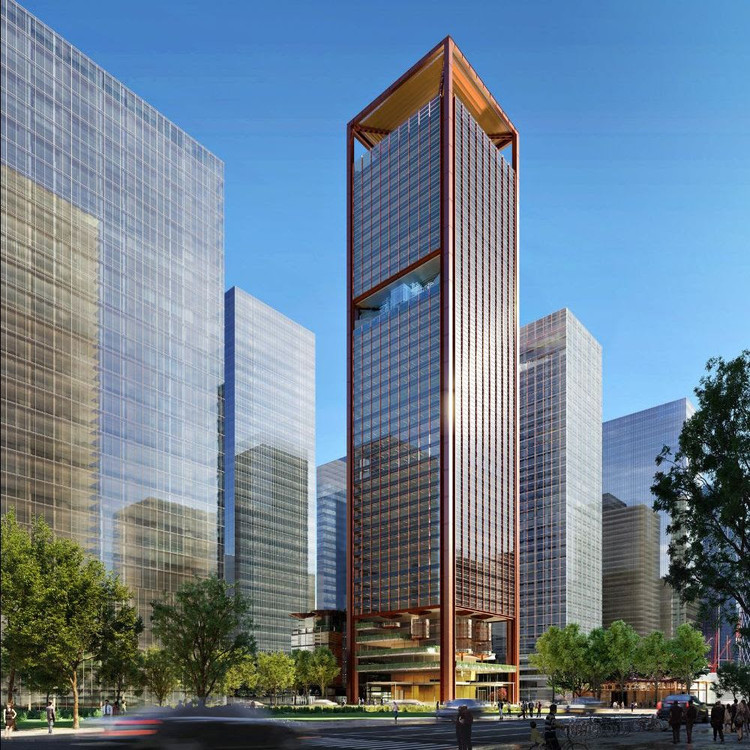 Rogers Stirk Harbour + Partners have unveiled images of their latest venture, No. 33 Park Row in New York City. Located across the street from City Hall Park in Downtown Manhattan, the project, nearing completion and set to officially launch in the spring of 2021, is the city’s first residential project designed by Sir Richard Rogers and Graham Stirk of Rogers Stirk Harbour + Partners. 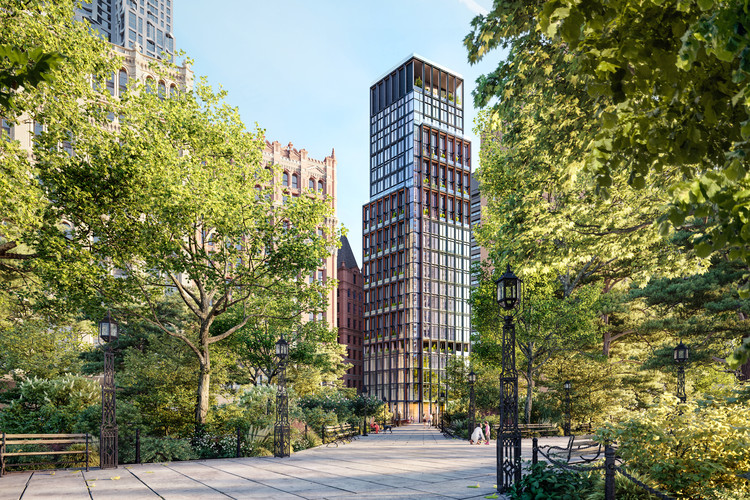 Richard Rogers has retired from Rogers Stirk Harbour + Partners after founding the practice 43 years ago. As one of Britain’s greatest living architects, he is known for iconic, hi-tech architecture, including the Lloyd’s building in London and the Pompidou Centre in Paris. The Pritzker Prize-winner has become one of the world's most distinct architects, utilizing bright colors and structural elements to create a style that is both recognizable and adaptable. 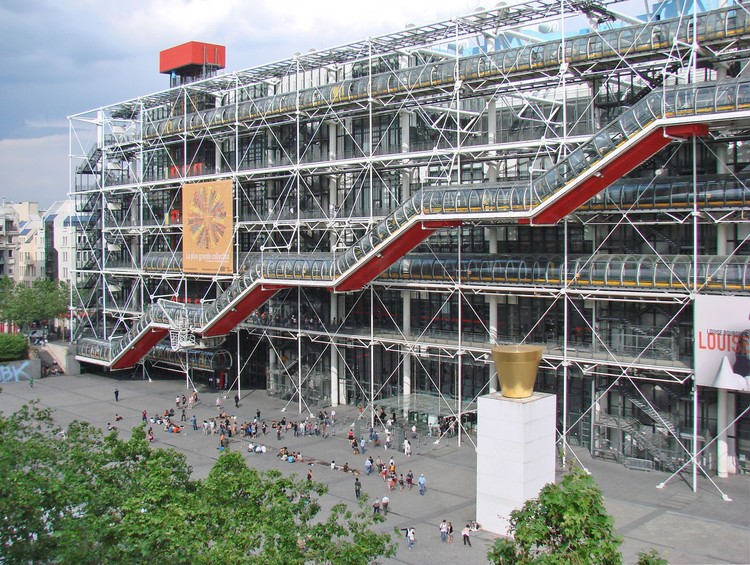 Richard Rogers, One of the Leading Architects of the British High-Tech Movement 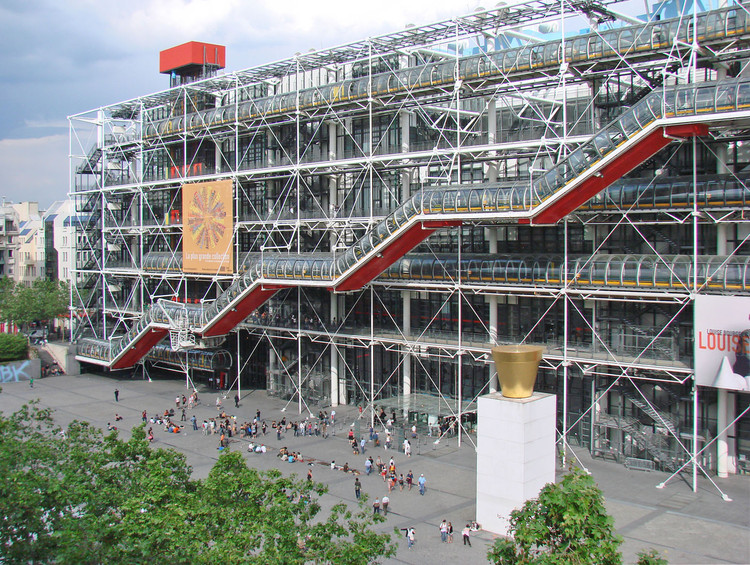 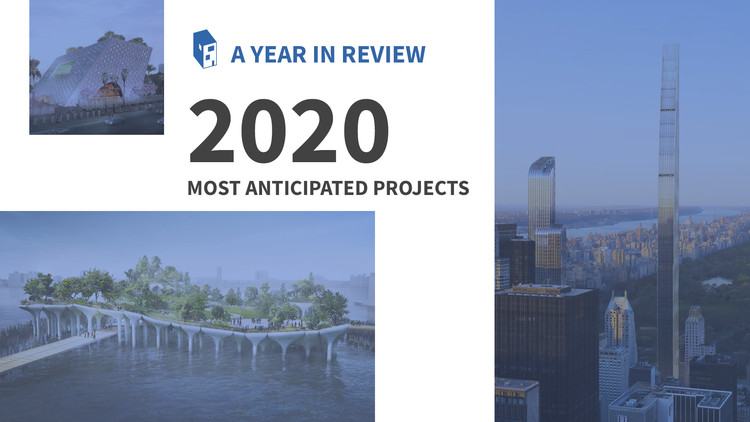 Rogers Stirk Harbour + Partners have gained planning permission for the proposed extension and full refurbishment of the Grade II-listed Hammersmith Town Hall in London. A joint venture with Hammersmith & Fulham Council and commercial partners a2Dominion, the scheme seeks to promote “the creation of a new high quality civic mixed-use development” derived from the historic structure.

Through the demolition of a 1970s extension, the scheme will create a new public square that enhances the setting of the existing protected Town Hall, reinstating its presence on Kings Street. The main alternations seek to enhance the existing building through a glass box rooftop extension containing council office space. 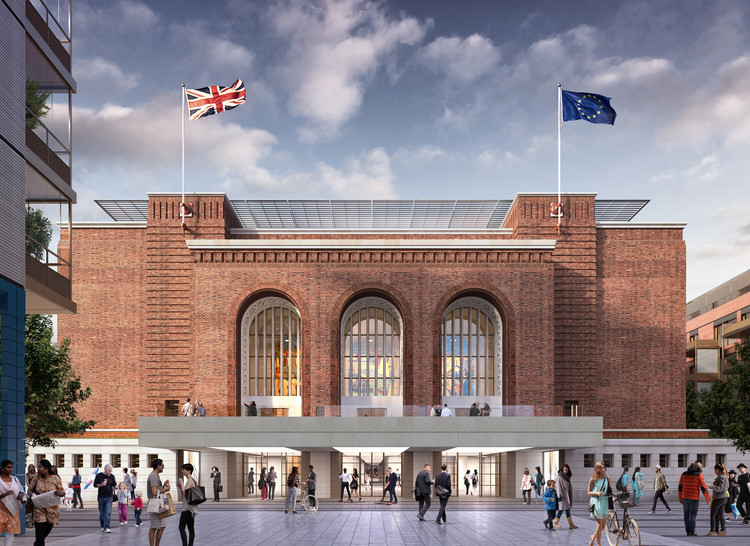 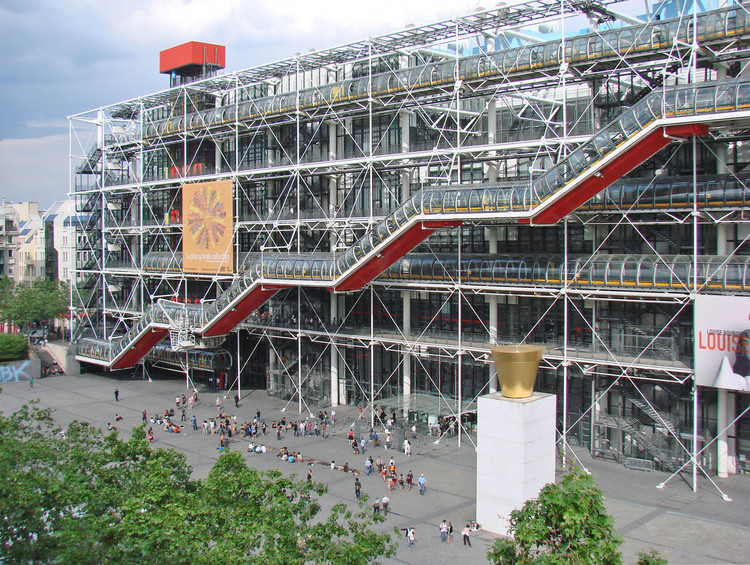 Rogers Stirk Harbour + Partners has been confirmed as designers for an “Urban Living Room” masterplan in the Qianhai area of Shenzhen, China. Formed on already existing reclaimed land, the scheme will feature a 1.2-kilometer elevated sky garden.

The scheme is envisioned as a “heart and a new horizon against which people can orientate themselves” in an emerging urban center. 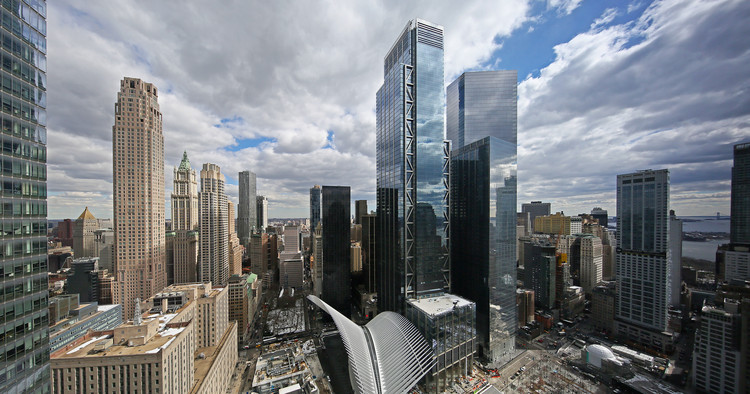