From professional bodies such as the RIBA and AIA, to leading award initiatives such as the AR Women in Architecture Awards and Mies Crown Hall Americas Prize, we have detailed twelve women in architecture who have been celebrated for their position at the forefront of change in the architectural profession over the past twelve months.

The Stirling Prize-winning British architect and principal of AL_A was this year awarded an Honorary Fellowship to the American Institute of Architects. In October 2018 she was also named one of the 30 most influential architects in London. Among her noted works are the courtyard expansion of London’s Victoria & Albert Museum, and the MAAT in Lisbon, Portugal.

Brazilian-born architect Carla Juaçaba, with her studio Carla Juaçaba Studio, was the winner of the AR Emerging Architecture Awards in November 2018. The projects behind Juaçaba’s rise to fame include her chapel for the Pavilion of the Holy See at the 2018 Venice Biennale and the Casa Santa Teresa in Rio de Janeiro. Back in 2013, she was also the winner of the ArcVision Women and Architecture Award.

The youngest architect to the design a Serpentine Pavilion (2018), Escobedo was recognized as an International Fellow of the RIBA in November 2018. Principal and founder of her namesake architecture studio based in Mexico City, her artistic and architectural works across Europe and North America have also led her to be recognized as one of London’s most influential architects in October 2018.

Architectural photographer Binet was recognized at the 2019 AR Women in Architecture Awards with the Ada Louise Huxtable Prize. Her three-decade career in architectural photography has spanned countries and projects of all types and scales, including works by Caruso St. John, Geoffrey Bawa, Zaha Hadid, and Studio Mumbai. She also received the Julius Shulman Institute Excellence in Photography award in 2015 and was named honorary fellow of the Royal Institute of British Architects in 2007.

In January of this year, artist Holly Hendry was announced as the winner of the Experimental Architecture Award, organized by the United Kingdom’s Arts Foundation. London-based Hendry's sculptural works employ the language of architecture and building to challenge the notion of space, permeated by a fascination with rear spaces and open cracks.

The former RIBA President was recognized as a Fellow of the American Institute of Architects in February of this year. Duncan became only the third female RIBA President in history, serving from 2015 to 2017. She is also the director of Jane Duncan Architects, established in 1992, and based in Buckinghamshire, England. Duncan was recognized in the Queen’s Birthday Honours list in June of last year.

The co-founder of New York-based practice Diller Scofidio + Renfro was awarded the Jane Drew Prize at the 2019 AR Women in Architecture Awards, recognizing an architectural designer who, "through their work and commitment to design excellence, has raised the profile of women in architecture." The award has previously been given to Amanda Levete (2018), Denise Scott Brown (2017) and Odile Decq (2016). Last year, she was named one of Time Magazine's '100 Most Important People' (an award she also shared in 2009 with partner Ricardo Scofidio.) The news of the Jane Drew award came at a major moment for Diller, whose office recently announced plans for the London Centre for Music and completed the first of two significant works at the Hudson Yards development in New York.

The director and co-founder of MVRDV was recognized as a Fellow of the American Institute of Architects in February of this year. After setting up MVRDV in 1993 with Winy Maas and Jacob van Rijs, she has spearheaded countless major architectural works, recently leading the design of MVRDV’s transformation fo the Palais du Commerce in Rennes. Late last year, she served on the “super jury” of the World Architecture Festival, where she was also a keynote speaker.

Oxman is an American-Israeli architect, designer, inventor, and professor based at the MIT Media Lab in Boston. The founding director of the Mediated Matter Group, she was awarded an International Fellowship to the RIBA in November of last year. Her research explores experimental design practices that can be enabled with the study of scientific knowledge and technologies to produce what she coins as "material ecology."

As co-founder of Lima-based Barclay & Crousse Architecture, Barclay was recognized as a Fellow of the American Institute of Architects in February of this year. Her firm was also honored with the 2018 Mies Crown Hall Americas Prize for their University of Piura Edificio E in Peru, recognizing the most distinguished architectural works built on the North and South American continents.

The acclaimed Irish architect and co-founder of O’Donnell + Tuomey was awarded this year’s top honor at the AR Women in Architecture Awards as “Architect of the Year” in honor of her work on the Central European University in Budapest, Hungary. The university was also shortlisted for the RIBA 2018 International Prize. A recipient of the 2015 RIBA Gold Medal along with her partner John Tuomey, O’Donnell has overseen major works such as the LSE Student Center and the proposed V&A East, both in London.

Founder of DnA (Design and Architecture), based in Beijing, Xu was awarded this year’s Moira Gemmill Prize for Emerging Architecture at the 2019 AR Women in Architecture Awards. In work she describes as “architectural acupuncture,” Xu Tiantian has populated the rural Chinese county of Songyang with impactful projects, including a bridge connecting communities, a brown sugar factory, the Hakka Indenture Museum, a tofu factory, and the Wang Jing Memorial Hall. 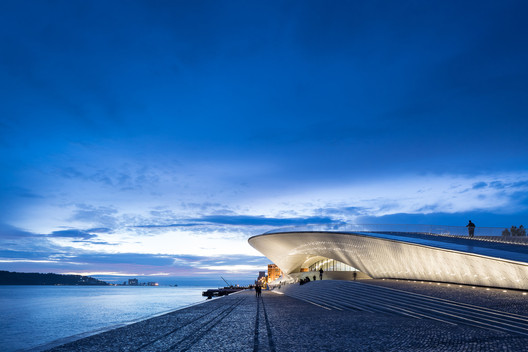