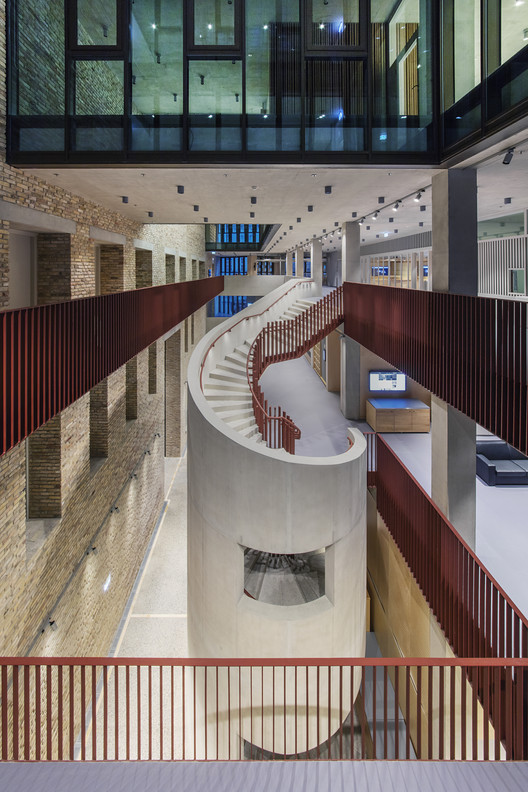 Text description provided by the architects. This is the first phase of a campus masterplan for the Central European University. The project changes the relationship of the university to the city. Phase 1 provides a public face for the university, a new entrance on axis with the Danube, a library and learning café for citizens and students. The campus becomes integrated with the urban realm.

Our brief was to design a new 35,000sqm Campus on a World Heritage site in central Budapest, incorporating all University Departments and facilities. The scheme involves the radical transformation of five adjoining, previously disconnected, historic buildings and the construction of two new buildings.

Budapest is a city of courtyards and passageways. The streetscape is repetitive in plot dimension and only slightly varied in parapet height. The contemporary expression of the new building at Nador 15 is designed to be in sympathetic conversation with its neighbours. The limestone façade is locally sourced from the same quarry as most of the historic buildings in the city. This is the first new building to be built in recent times in this historically protected context.

The existing CEU campus consisted of adjoining buildings, each with their own entrance, with minimal interconnectivity between them. We identified opportunities to intervene in this downtown urban block, to make what was a disconnected and disparate set of buildings into an open campus. We employed a process of selective subtraction and addition to transform the campus into a metaphorical crossroads. By a carefully considered “surgical” strategy we linked existing and new facilities through a legible sequence of connected courtyards. The functional layout provides easy communication between interrelated adjacencies, clusters connected by social spaces, encouraging interaction and collaboration between academic departments.

We proposed a phased strategy, making connections between existing courtyards, demolishing inefficient buildings and designing new buildings around a series of courts. Courtyards are roofed over to provide a tempered environment from the climatic extremes in winter and summer. The courtyards are the campus, providing circulation system and social space. Openings are cut through to provide visual connections. Flying staircases interconnect department offices to teaching spaces.

The new building on Nador Utca forms the main entrance to the University. It houses the library and learning commons over a multi-purpose auditorium and conference facilities. The adjoining building is radically refurbished to provide a covered courtyard for public events, with a business school and teaching spaces at upper levels. A roof garden straddles both buildings to provide views over the city skyline.

The palette of materials has been selected for their endurance and natural material qualities that give character to the overall appearance. Stone, timber, concrete and steel form the fabric of the internal public spaces, with bespoke furniture used throughout the building. The new facades are constructed with local limestone, designed to emphasize the geometric quality of the building and continuing the tradition of solidity and permanence of the Budapest stone architecture. 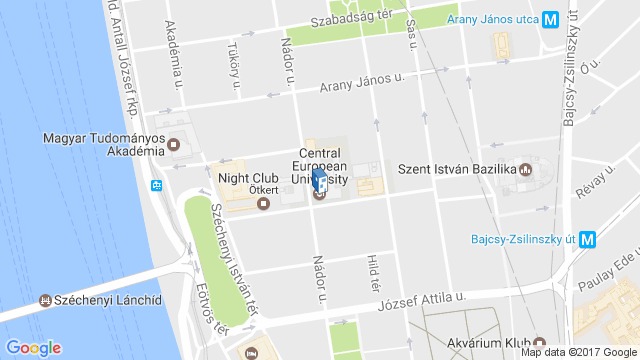 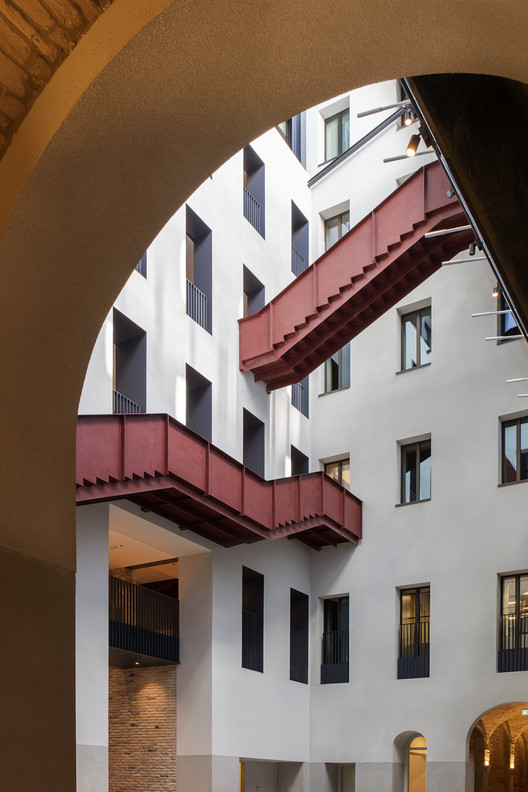