Diller Scofidio + Renfro have revealed the design for the new London Centre for Music. Made for The Barbican, London Symphony Orchestra and Guildhall School of Music & Drama, the first concept designs were released as part of a progress update on plan for the new proposed building. Made to be a world class center for music in London, the design would create an iconic new gateway to the City of London’s emerging Culture Mile. 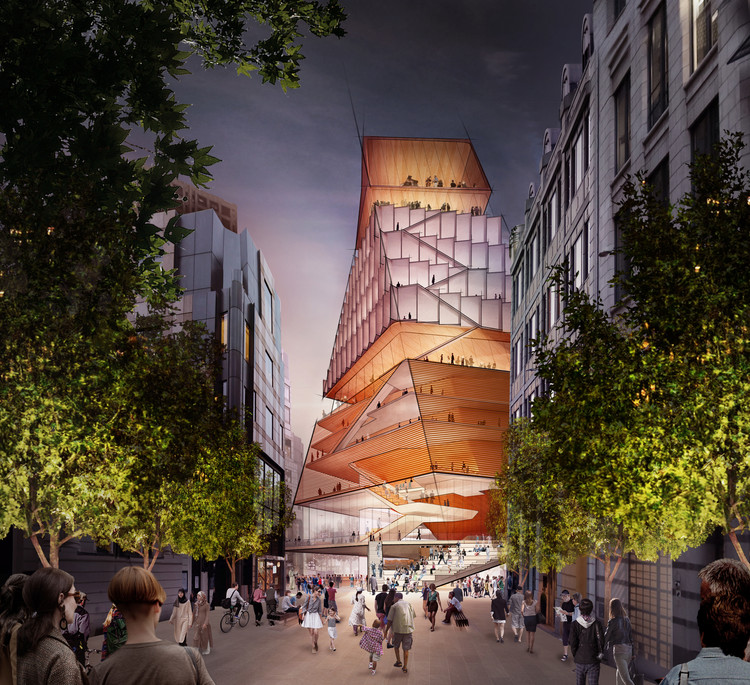 The proposed Centre for Music site sits on a key cultural axis in the capital, linking north from Tate Modern, the Millennium Bridge and St Paul’s Cathedral and between two major new Elizabeth Line stations. The City of London Corporation has backed the next phase of work by providing £2.49 million for the three partners to undertake further design development, and to progress fundraising, business modelling and capital funding plans. The concept designs, developed by lead architects Diller Scofidio + Renfro, demonstrate the potential to deliver this landmark new building on the current Museum of London site.

The Centre for Music would be a world-class venue for performance and education across all musical genres, harnessing the power of three internationally recognized cultural organisations - the Barbican, LSO and Guildhall School - to inspire a new generation with a love of music. The Centre would include a world class concert hall and superb spaces for performance, education and rehearsal.

We want to unlock the urban potential of the Centre for Music's site at the southern tip of the Barbican by reclaiming the roundabout for the public realm, where the car’s isolating effects are keenly felt today. A vital public space seamlessly connects to the foyer and extends a welcome to everyone, with or without a performance ticket.The foyer would be abuzz day and night, filled with activity and glimpses into the inner life of the Hall. We imagine a concert hall for the 21st century that embraces both a bespoke and a loose fit approach: tailored for exceptional symphonic sound, yet agile enough to accommodate creative work across disciplines and genres.
-Elizabeth Diller, Founding Partner, Diller Scofidio + Renfro

Alongside creating a new building for London and the UK, the designs propose reimagining and transforming the layout and public realm of the current Museum of London site, creating open, welcoming and traffic free public spaces, while also linking to the Barbican Estate’s Highwalk network. The new City of London Concert Hall aims to connect to visitors and the new transport hubs, outdoor programming and major enhancements to streets and the public realm that will link the area’s existing and planned world-class cultural destinations. 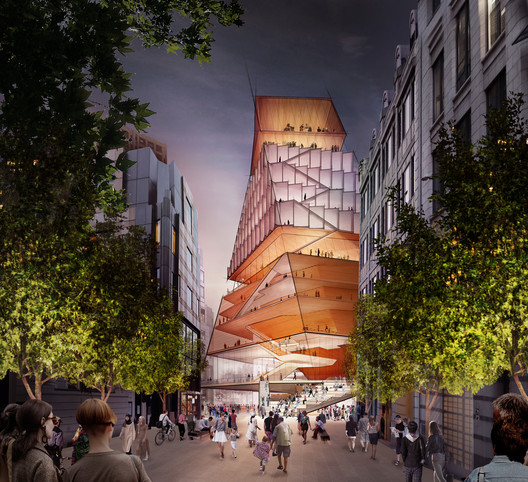