Gropius, Mies van der Rohe, Albers, Klee, and Breuer are all names that bring to mind the exceptional artistic talent of the Bauhaus school. But an exceptional yet lesser-known aspect of the Bauhaus is that the early 20th-century experimental German art school was one of the first educational institutions that would openly accept qualified women into the program.

Once entered into the program, women were not exactly treated as equals to their male peers, but in 1919 the acceptance of these passionate women was the beginning of a wave of modern female artisans who made significant, yet not as recognized contributions to the Bauhaus movement. An introduction to seven of these women can be found below:

Albers began her education at the School of Arts and Crafts in Hamburg, Germany. In 1922, she arrived at the Bauhaus with an interest in weaving. She was known for her patterns of geometric abstraction. Throughout her career, she would experiment with the functions of textiles and the physical properties of certain weaving materials. After immigrating to the United States in 1933 when the Nazis took power, she continued her work, opening a studio that collaborated with international design and furniture companies such as Knoll. In 1949, she gained major recognition from MoMA in New York in a solo exhibition.

One of the earliest Bauhaus members, Gunta Stolzl arrived at the school in 1919. Stolzl had a vast interest in the arts, but upon her arrival, she gravitated towards weaving. Despite the school’s mission to include women, architecture, industrial design, and sculpture were reserved for men. Weaving and ceramics became the primary art forms exclusively for women. She would assist Marcel Breuer in upholstering many of his furniture pieces. Her marriage to a Jewish classmate would eventually cause Stolzl to leave the Bauhaus as Nazism continued to grow. The couple moved to Switzerland where Stolzl opened her own practice as a textile designer.

Marianne Brandt continued to push the boundaries for women in the Bauhaus. A Bauhaus director, Laszlo Maholy-Nagy was impressed by the young Brandt and allowed the artist to use the metal workshop, a first for women in the Bauhaus. She also worked in the textile workshop under Gunta Stolzl. In 1928, Brandt would then replace Maholy-Nagy as head of the metal workshop, continuing her work creating innovative products and becoming one of the most celebrated industrial designers. Throughout her life, she would pursue and excel in many artistic disciplines: painting, sculpture, and photography.

Margarete Heymann entered the Bauhaus school with a strong interest in pottery and ceramics. Gropius allowed her into the workshop, but she left after a year due to frustrations with the Bauhaus administration and the limitations imposed on her. Heymann continued to experiment with ceramics after her time at the Bauhaus and set up, with her husband, a workshop for a couple of years before his tragic death.

Gertrud Arnt was a woman with a passion for architecture. After winning a scholarship to study at the Bauhaus, she thought that the school would give her a chance to pursue her passion, but the administration would not let her take the architecture course. Instead, Arnt was directed toward the textile workshops, which she would study while there. After graduating, Arnt would never practice textile design again. Instead, she focused her creative efforts on photography.

Benita Koch-Otte was one of the outstanding textile artists from the Bauhaus. She utilized her previous experience as a teacher of drawing, textiles, and physical education as a foundation for her interest in the arts. Following her time at the Bauhaus, Koch-Otte would teach in the weaving lab creating new techniques to teach Bauhaus students. She would continue to teach throughout her career and into retirement. She is best known for her research in innovative weaving techniques.

Born in 1901, Lou Scheper-Berkenkamp, formally known as Hermine Louise, enrolled at the Bauhaus in 1920. She completed the preliminary courses and began to focus her artistic effort on mural painting. After her time at the Bauhaus, Scheper-Berkenkamp remained involved in the school, particularly in the theater and exhibitions. Following the death of her husband, also a former Bauhaus student, Lou took over many of his duties in color design in architecture. Later in her life, she would publish a series of children’s books and play an active role representing women in the Professional Association of Fine Arts.

Editor's Note: This article was originally published on November 26, 2018. 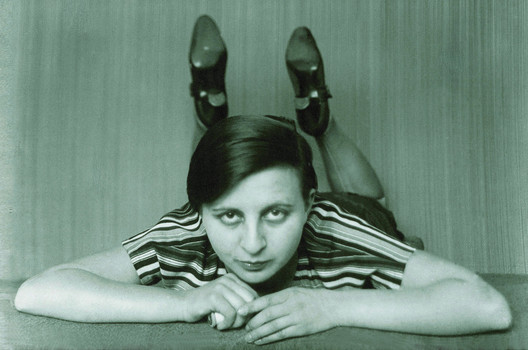