The Architecture of Virtual Environments: Designing for the Metaverse

For the past couple of years, the metaverse has been gaining prominence, prompting architects to consider its implications for our relationship with the physical environment and how can architecture contribute to this new virtual space. Architecture in the metaverse is no longer a fringe subject, having been embraced by established firms. "The metaverse is where much of the architectural action and innovation will be happening in the coming period," says Patrick Schumacher. Unbound from restraints such as physics, material properties and construction costs, the metaverse unlocked a new realm of architectural expression. The following looks at some of the various ways the profession engages with the expanding field of digital environments. 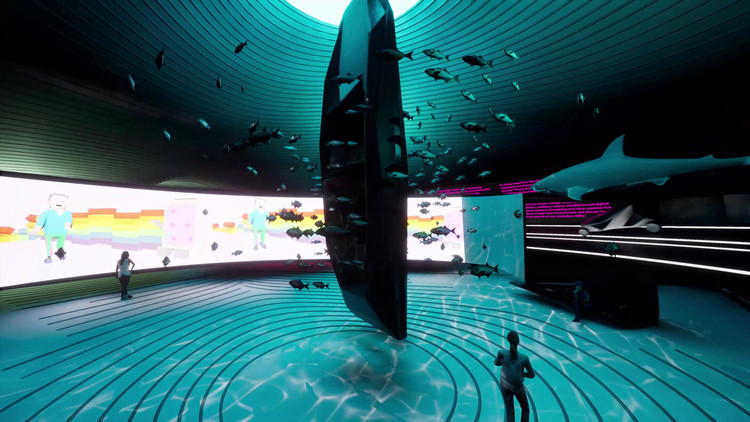 Metaverse and NFT Opportunities for Architects

This week for the final Archdaily roundtable host Sara Kolata is being joined by Zaha Hadid Architects Principal Patrik Schumacher, Founder of the Techism Movement Krista Kim and an award-winning Hollywood and Silicon Valley media executive Joanna Popper to discuss ways Architects can benefit and profit from new digital opportunities in the Metaverse.

Zaha Hadid Architects - ZHA has unveiled a virtual "libertarian micro-nation" in the metaverse titled The Liberland Metaverse, where residents can buy vacant plots centered around a curated urban core, and access them as avatars. The community features hyper-realistic districts that encourage urban self-governance and zones where the absence of urban planning "allows for a spontaneous order via a free-wheeling discovery process". 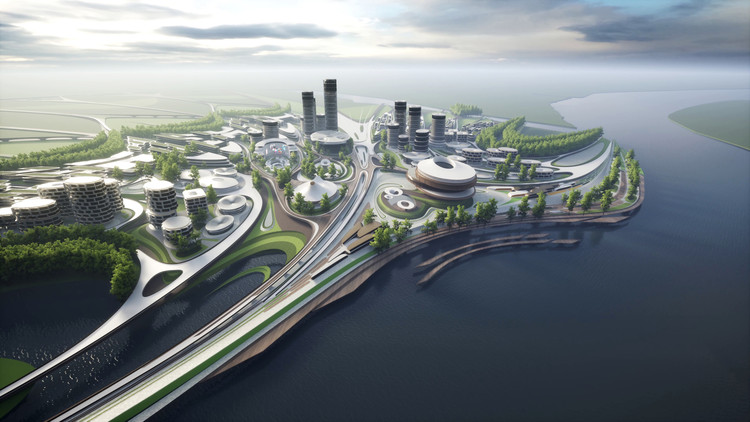 Zaha Hadid Architects partnered up with Southbank Tower, for the company's first interior refurbishment project, in order to renovate the building’s lobby. The office structure, designed by Richard Seifert in 1972, had already gone through massive renovation works, led by KPF in 2015. 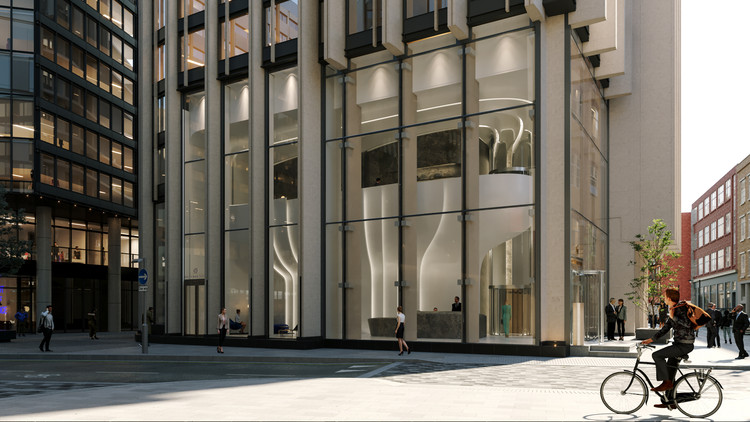 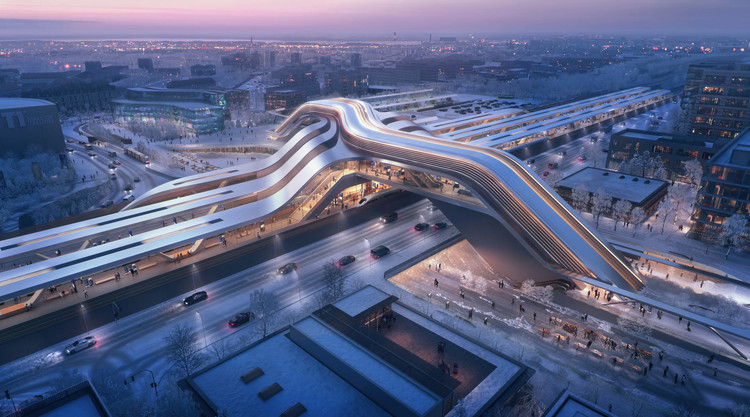 Days of Oris is an international architecture convention organised by Oris magazine and the Oris House of Architecture. The two-day event has been held since 2001. It presents the most significant names of the architectural and cultural scene and gathers more than 2000 visitors every year.

Now on display at the Jaroslav Fragner Gallery as part of the third Prague Experimental Architecture Biennial is “ZHA: Unbuilt,” an in-depth look into some of the firm’s best projects that could have been.

Arranged within the space by typological concepts (towers, atriums, stadiums, shells, masterplans, ribbons, and bubbles), the exhibition serves as an exploration into the evolution of the work of Zaha Hadid Architects, showing how earlier research and innovations have become the foundations of the firm's architectural projects currently in development. 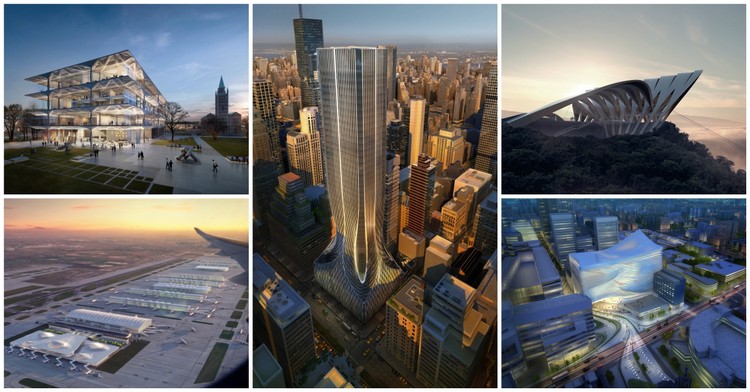 The UIA (International Union of Architects) world congresses are a premier forum for professionals and future leaders in the field of architecture to exchange the best and latest practices, visions and first-hand experience. The UIA 2017 Seoul, in particular, will promote various innovative architectural techniques and technologies among member sections and global citizens. In doing so, academic programs, exhibitions, competitions, student activities, and public outreach programs will simultaneously take place.

Zaha Hadid Architects has collaborated with Samsung and digital art and design collective Universal Everything to create an immersive technology installation at the 2017 Milan Design Week, taking place this week in the Italian city. Named ‘Unconfined,’ the pavilion will showcase Samsung’s new Galaxy S8 smartphone by leading visitors through an immersive environment inspired by the device. 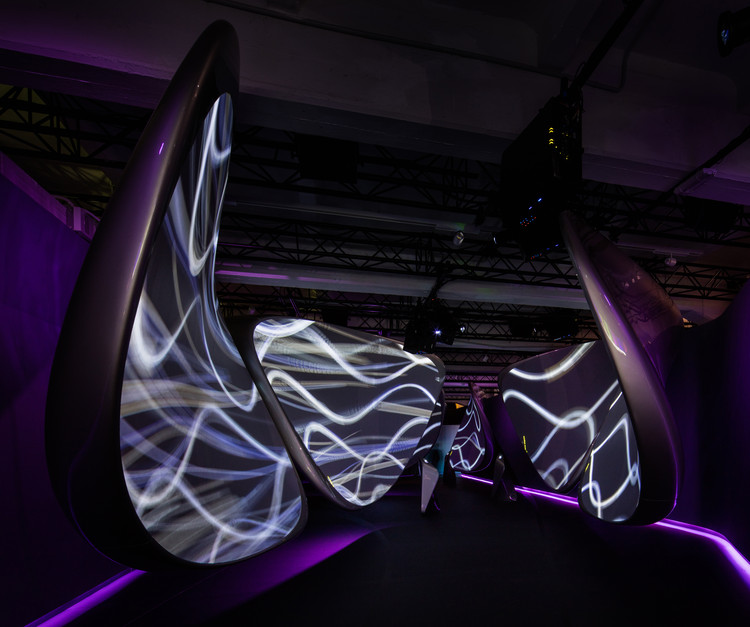 It was in 1988, at London’s Tate Gallery during the Deconstructivism conference held in anticipation of MoMA’s eponymous exhibition that I first encountered Zaha Hadid in person. She was lecturing among her six co-exhibitors: Peter Eisenman, Rem Koolhaas, Frank Gehry, Wolf Prix, Bernard Tschumi, and Daniel Libeskind. I had encountered her work a few years earlier as a young architecture student (at Stuttgart University) and was stunned and thrilled by the unprecedented degrees of compositional freedom, versatility and dynamism in her work. Up until then I had not been so sure if architecture was such a good career choice for me. I was rather underwhelmed and bored by architecture but, through my encounter with Zaha’s incredible work, architectural design unexpectedly transformed into an adventure. The bounds of architectural possibilities had shifted. Thirty years later, this sense of adventure continues. Zaha changed our field and changed everything for me.

As reported by The Guardian and the Architects' Journal, the last will and testament of the late Zaha Hadid—who passed away in March 2016 aged 65—has revealed that the Dame of the British Empire and Principal of Zaha Hadid Architects had a net fortune of £67,249,458 (around $82.5million or €77million). This sum, which was filed in the UK High Court in December last year, will be bequeathed in small parts to nieces and nephews (£1.7million), her brother Haytham Hadid (£0.5million), and her business partner Patrik Schumacher (£0.5million). At the time of her death, Hadid was unmarried with no children.

In October, the Harvard Graduate School of Design (Harvard GSD) hosted “Zaha Hadid: A Celebration,” an evening of presentations and discussion around the extraordinary work and life of the late Zaha Hadid. Six months on from Hadid’s sudden passing in March, the Dean of Harvard GSD, Mohsen Mostafavi, introduced the event as the appropriate time to focus on creative recognition and “an evening of incredible celebration and enjoyment.”

As Zaha Hadid’s successor and current leader of the firm, Schumacher relays a host of opinions, including those on parametricism, which he deems the “architectural style of capitalism.” The term describes the avant-garde practice that uses digital animation to create equations for designs. Patrik Schumacher, who coined this term in 2008, believes this style extracts doubt from the design process, relying instead on the infallibility of science.

The program for the 2016 edition of the World Architecture Festival (WAF) has been announced. Being held from November 16-18 at the Arena Berlin, Germany, the festival will feature 3 days and 4 nights of events including conferences, lectures and seminars, architect-led city tours and networking opportunities, as well as live critiques of the 411 projects shortlisted for the 2016 WAF Awards. An all-star list of speakers will include leading architectural figures such as Patrik Schumacher, Ole Scheeren and Peter Cook.

This theme of this year’s festival is “Housing For Everyone.” Inspired by a variety of influences, markedly the condition of displaced communities of political and disaster refugees, lectures will focus on “the growing understanding of how demographics and global urbanization are forcing change; and the imperatives to create shelter at one end of the spectrum, and sufficiency for occupation and investment at the other.”