“It’s all about architecture as communication. It comes nearly for free with these tools because they have a more rigorous action, reaction or cause and effect logic which make things nature like, and like a natural environment, these artificial environments then become eminently ordered. For us, order seeking perceptive creatures, more legible…”

As artificial intelligence advances, will the architect eventually become irrelevant? (7:38)

“I was recently reflecting on this. When it came to the introduction of CAD, but also of 3D modeling tools, rendering tools, we had an enormous leap in productivity. We think about BIM and so on, but even just for the front end design which I think is a core task, there have been enormous productivity gains… We could do the same competition, literally at the early days of introducing computing with a third of the people, but in the end, we didn’t lose people we gained people, and the discipline hasn’t been shrinking because this productivity advances. They went not into making architects redundant, they went into far advanced service and product…”

What was that first time communicating with Zaha Hadid like? (18:38)

“I put together a portfolio, and applied for a job, and was invited for an interview. Not by her, she didn’t interview me. She is actually a very shy person, when it comes to any new people. So I was interviewed by her ex-student, top designer at the time, a guy called Michael Wolfson, and he hired me. The curious thing was, I was in this room with a group of other four of five people for weeks and weeks and weeks and Zaha would come in mostly after lunch, and she hadn’t even said hello to me for those weeks. (laughing) So it was very strange, just a very shy person...”

Can you take me through the processes of commissioning a project and what sets Zaha Hadid Architects apart? (33:45)

“I like competitions particularly, actually presenting so there is a chance to explain if something is unusual. There an intuitive feel to lots of our projects, but it’s also very important to see the rationales behind the thinking. That it’s not just pure pursuit of beauty… It’s not so much of socializing with clients but preparing a striking presentation and that’s also where our strengths are, in the design itself, and also in the visualization of making it compelling. Winning through beauty, I always say beauty wins…”

You were with Zaha in Miami in 2016 when she passed away. What was going through your mind, and how has the firm adapted since? (36:25)

“well… It was a shock for everybody. Nobody expected this and Zaha was… for me, it was very strange and surreal because I got to know Zaha when I was a student, and this was nearly 30 years later, and our lives are very intensely linked. We were working and communicating literally every day. Literally, without exception, I’m not sure if there was ever a single day in these 30 years that we hadn’t communicated or talked… Even if we were traveling, we did a lot of trips together as well, lecturing together, teaching together, working together, building the firm together, so it was very very upsetting and strange, and a huge loss. But many others felt like this because Zaha was at an amazing gathering of a network of committed friends with a sense of loyalty and commitment and friendship so this office, even though it was already quite large, there was a family feeling… We obviously wanted to continue that legacy.”

“We need to attract also more, let’s say, kinds of intellectually ambitious thinkers, scientifically minded characters who would otherwise choose to go into economics, political theory, sociology, or into various sciences. To bring them into architecture because I think the discipline is ripe to absorb and make another step of maturation and having not only having intuitive artists but having scientists, computer scientist, should also be drawn in. We talked about this AI, the integration with engineering sophistication, but also social functionality, the sociology of space, the complexity of societal processes, corporate organizations. What would you do to a Google Campus in an urban environment? These are a lot of difficult questions where we need bright minds.” 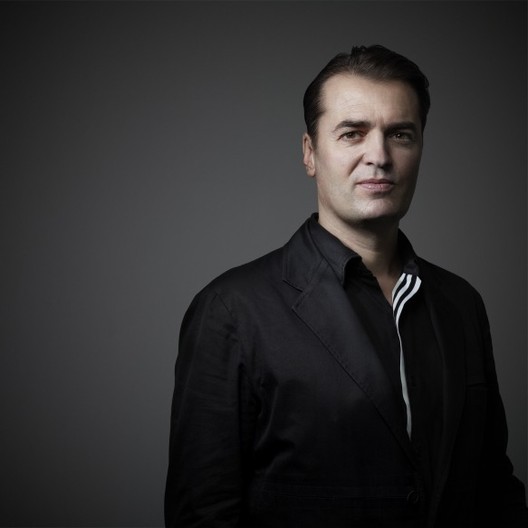