Save
This Week in Architecture: Reduce, Reuse, Rethink
This article is sponsored by: 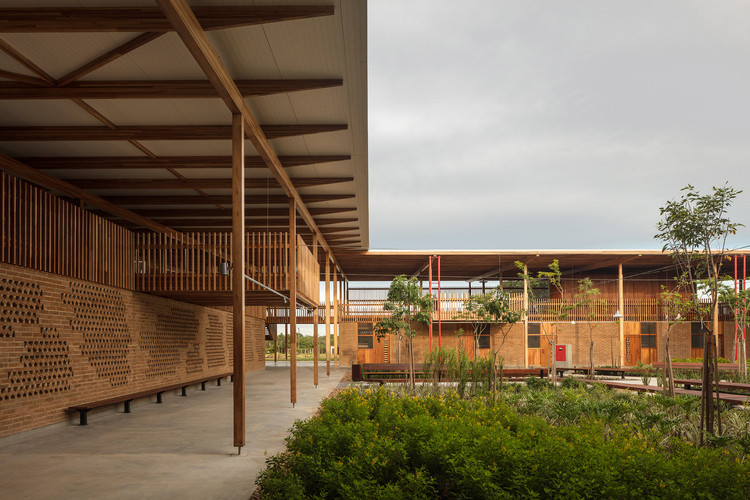 This year’s RIBA International Prize went to Aleph Zero and Rosenbaum for Children Village (an ArchDaily 2018 Building of the Year winner), a school situated on the edge of the rainforest in northern Brazil. The project, constructed entirely with local resources and traditional techniques, accommodates nearly 600 students, many of whom have to travel great distances to reach the school.

The isolated nature of the site was one of the project’s great challenges, requiring the architects to develop inventive design and construction solutions on the fly. It was this openness to experimentation that, according to the project’s client, made the relatively unknown office a perfect fit for the commission. “We chose the architects precisely because they are not the kind who think they know everything,” said Denise Aguiar, director of the Bradesco Foundation, to Olly Wainwright of The Guardian. “...The designers seemed like they would actually listen to what the students wanted rather than imposing their own ideas.”

The project beat a shortlist that included works from Nikken Sekkei, Stefano Boeri, and O'Donnell & Tuomey (whose shortlisted work for the Central European University has become political flashpoint following the University’s closure by a new rightwing government in Hungary.)

The project is only the second to receive the commendation; Grafton Architects took the inaugural honours in 2016 for their UTEC Campus in Peru.

The Met in New York announced a major overhaul of their famed Rockefeller Wing, to be led by wHY Architecture and Kulapat Yantrasast. The new design for the hall, currently home to the museum’s collections from Africa, Oceania and Americas, will draw inspiration from the collection’s local design traditions. Work is currently expected to start in 2020 and reach completion in 2023.

An extensive renovation of Moshe Safdie’s apartment in his seminal Habitat 67 project reached completion this week after nearly two years of work. The project, initially timed to coincide with the 50 year anniversary of Habitat 67, fully fit-out the apartment to meet contemporary energy efficiency and comfort standards. The new space is clear a light-filled - a perfect retreat from the Montreal winter.

The year’s best US refurbishment projects were announced by the Richard Driehaus foundation this week. The works may appear restrained, but an unshowy appearance belies the complexity of adaptive reuse projects - particularly when famed historic architects are involved.

The Radical Action of Waste

With excessive consumption on the minds of many, it’s perhaps no wonder that we’re seeing an uptick in adaptive reuse in refurbishment projects. And - according to the curators of 2019’s Oslo Architecture Triennale - this trend is both positive and essential. In an interview with Phineas Harper and Maria Smith (half of a curation team that also includes Matthew Dalziel and Cecilie Sachs-Olsen) the two outline the event’s theme, Degrowth.

The concept is a broad one, and one that architects may find disconcerting. In a profession so inherently tied to production and development, how can architects take on the idea of degrowth? Harper and Smith see particular potential in the idealism that is architecture’s DNA.

“In terms of what architecture can do,” explains Smith, “we talked about why architects are probably sympathetic candidates… because we live in this weird dichotomy, but we do still shape so much of what the world is like that we are still the custodians of typology. So if we’re going to think about what this world actually looks like, architects are really very well equipped. When politicians do start talking about this, they’re going to want to cite examples. That's where we come in.” 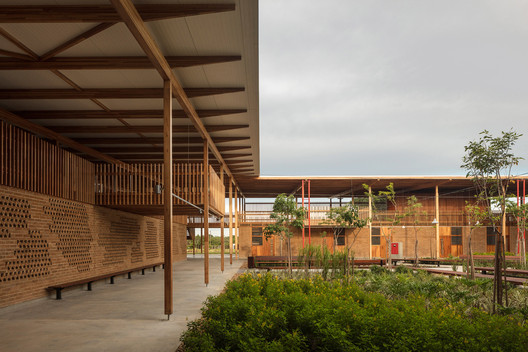