Hear from Swiss architecture practice Sauter von Moos as they lecture on their practice's works.

Join us as the founders of the Swiss architecture practice present their recent work.

The Dutch architect and urbanist Hans van der Heijden will speak about his recent projects and their engagement with the city and its streets.

The practice of acclaimed Swiss architect duo Christ and Gantenbein will join together on stage to discuss past and future projects.

David Kohn, founder of his own architectural practice, will discuss past and future projects from his office.

Eyal Weizman, director of Forensic Architecture, will lecture at the Barbican in cooperation with The Architecture Foundation discuss the group's practice combining architecture and digital forensics.

Éric Lapierre will speak at the Barbican to discuss ELEx, his organisation coordinating architectural practice and writing.

To many, it might seem that the goals of Alejandro Aravena's 2016 Venice Biennale—as he describes it, "to understand what design tools are needed to subvert the forces that privilege the individual gain over the collective benefit"—are beyond reproach. In spite of these aims, a number of commentators nevertheless have emerged, perhaps led most vocally by Patrik Schumacher, criticizing the biennale. In this article, originally published on The Architecture Foundation's website as "Holier than thou," Phineas Harper responds to those criticisms.

The most surprising turn of the 2016 Venice Biennale was not the exhibition itself, but the reaction of its critics. Within hours of kick-off, the internet was filling up with derogatory mutterings of the show being '"worthy," "moralizing," "holier than thou," "earnest," "virtue-signaling" and "right on" (which apparently is an insult). The architectural Twitterati, it seemed, were unimpressed.

But what exactly were they hating on? The biennale principally exhibited practices which saw some form of suffering in the world and, through their work, in way or another, were trying to lessen it. How did such a compassionate brief generate such a miserly push-back? 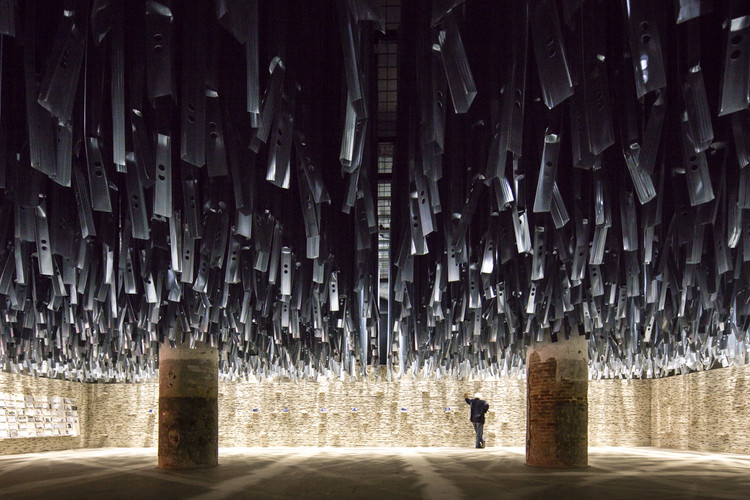 The Architecture Foundation is inviting applications to join a masterclass, which will be staged in the James Stirling-designed Florey Building at The Queen’s College, Oxford. Six studios will consider the typology of the university, through the development of a speculative design over the course of four days (Thursday September 8th-Sunday September 11th). The studio leaders will present lectures over the course of the masterclass while the Drawing Matter Foundation will stage an exhibition drawn from its holdings of 1960’s architectural drawings. On the evening of September 12th, the studios will present their projects at a public event at London’s Barbican Arts Centre.

This one day event, on September 5th, will bring together writers, historians, architects and economists to discuss the development of London's peripheral boroughs. Doughnut will be the first event of its kind – an adventurous celebration of all things Outer London and a critical reflection on the rapid transformation that the city's periphery is currently experiencing.

In recent years, DIY approaches to building houses have become increasingly popular, as increasing cost and decreasing availability have caused some prospective house-buyers to embrace simple methods of fabrication and the sweat of their own brow, as discussed in this recent article. However, this trend has much earlier precedents: in 1979, self-build pioneer Walter Segal had already embraced these progressive concepts in a development known as "Walter's Way," an enclave of self-built social housing in southeast London. According to Dave Dayes, a Walter's Way resident and an original builder on the project, Segal believed that "anybody can build a house. All you need to do is cut a straight line and drill a straight hole." The houses were built entirely of standard wood units assembled onsite in Lewisham.

In this video, London based non-profit The Architecture Foundation steps into the utopia of Walter's Way, a micro-neighborhood founded on principals of communal living for people of all backgrounds. The film has been released in connection with Doughnut: The Outer London Festival taking place September 5th, which will bring together writers, historians, architects and economists for "an adventurous celebration of all things Outer London and a critical reflection on the rapid transformation that the city's periphery is currently experiencing." The Architecture Foundation aims to introduce central Londoners (and the world) to the radically functional housing concepts in practice at Walter's way.

The Finnish Institute in London and The Architecture Foundation have unveiled Viewpoint, a floating platform on Regent's Canal in the centre of Camley Street Natural Park, London. Designed by Erkko Aarti, Arto Ollila and Mikki Ristola of Finnish practice AOR, the platform will be operated by the London Wildlife Trust. The permanent structure is intended to bring visitors to London's most central nature reserve, connecting them with the wildlife of the park and the Regent’s Canal. In addition, it will also provide the park with an additional workshop space and learning facility, becoming "an architectural focal point of King’s Cross."

In February 2014, The Architecture Foundation will present Exploration Architecture: Designing with Nature, the first ever solo show of Exploration, a thought-leading architecture and design practice working in the field of biomimicry.

Having wrapped up their three part series And the Winner is...?, The Architecture Foundation has launched another trio of evening discussions, this time around the ever-encroaching commercial values which are increasingly threatening cultural venues in London. The series, entitled Culture + Commerce, will explore how culture can fight against commercial homogeneity in the face of reduced public funding.

'Futures in the Making' Exhibition

Opening October 4, The Architecture Foundation in London is delighted to present 'Futures in the Making,' a group exhibition showcasing prospective architectural futures explored in the work of recent architecture graduates. From spectacular pollution capturing facades to innovative agrarian settlements, projects will include a global range of case studies that test new ideas for architecture and infrastructure by a rising generation of architectural talent. The exhibition will be on display until November 13. For more information, please visit here.