Save
The Best Refurbishment Projects in the USA Recognized by the Richard H. Driehaus Foundation
Share
Or
Copy

The National Trust for Historic Preservation has announced the winners of the Richard H. Driehaus Foundation National Preservation Awards, honoring the best projects on 2018 in the field of preservation and adaptive reuse. The three schemes range “from the reimaging of a former asylum to the adaptive reuse of a historic school to the groundbreaking transformation of a 1.5 million square foot mixed-use facility”

The schemes were chosen from a shortlist of 50 nominated projects by a jury led by Pulitzer-Prize-winning architecture critic Paul Goldberger, recognized for demonstrating “excellence in execution and a positive impact on the vitality of their towns and cities.”

The Driehaus Foundation National Preservation Awards were established in 2012, honoring individuals, non-profit organizations, public agencies, and corporations who have sought to preserve architectural and cultural heritage. The 2018 winners will be honored as part of PastForward 2018 in the Palace of Fine Arts Theater, San Francisco; the largest historic preservation conference in the USA.

The quality of the submissions made these awards an especially difficult choice this year, but they demonstrate how much the Driehaus program represents the best of preservation in action. All three of the winning projects are innovative and transcendent preservation successes that we hope will spur more creativity in reuse all over America.
-Paul Goldberger, Jury Chair

Below, we have rounded up the three winners complete with a short description. Learn more about the projects and awards from the official website here. 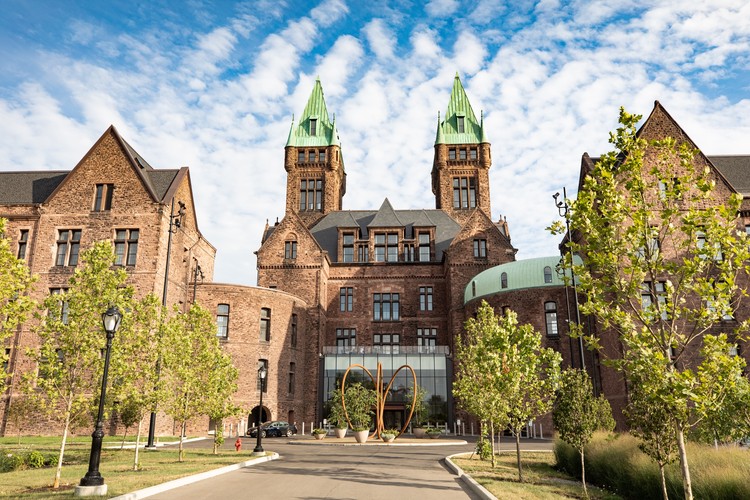 National Trust for Historic Preservation: Though much has changed since the facility opened as a Sears, Roebuck and Company distribution center and retail store less than two miles from downtown Memphis in 1927, Crosstown Concourse is the product of nearly five generations of innovators, dreamers, and builders. Today, having overcome two decades of blight, Crosstown Concourse is the catalyst for the revitalization of not just a distressed and abandoned building, but an entire neighborhood.

National Trust for Historic Preservation: The restoration and adaptation of Page Woodson School into affordable apartments marks a vibrant cultural renewal in Oklahoma City. In a public-private partnership, the badly decayed 1910 school house—renamed in 1934 for abolitionist Frederick Douglass when it became an all-black high school—underwent extensive restoration and now accommodates 60 affordable apartments and a community auditorium.

National Trust for Historic Preservation: Reuse of the massive 145-year-old Richardson Olmsted Campus, the former Buffalo State Asylum and widely considered to be one of Buffalo’s most important and beautiful buildings, is the story of a threatened National Historic Landmark, the community effort to save it, a public-private partnership, skilled planning and design, and, ultimately, of success and rebirth. 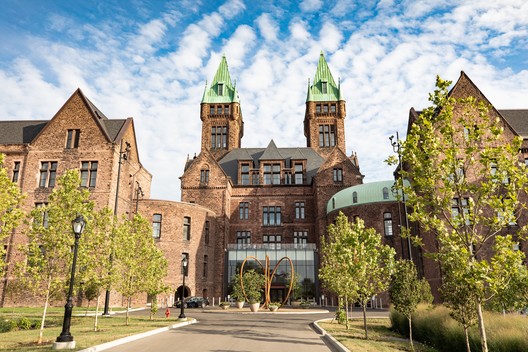