As part of the series of new urban developments sprawling up in Moscow, Zaryadye Park is the latest to open this month in a bid to improve the city’s green space. Commissioned by Moscow Chief Architect, Sergey Kuznetsov, an international consortium led by Diller Scofidio + Renfro in collaboration with Hargreaves Associates and Citymakers has designed this new public space that encourages integration and celebrates the amplitude of regions across Russia by artificially emulating each of their climates: the steppe, the forest, the wetlands and the tundra.

A Wilderness in the City: How Diller Scofidio + Renfro's Zaryadye Park Could Help Fix Moscow 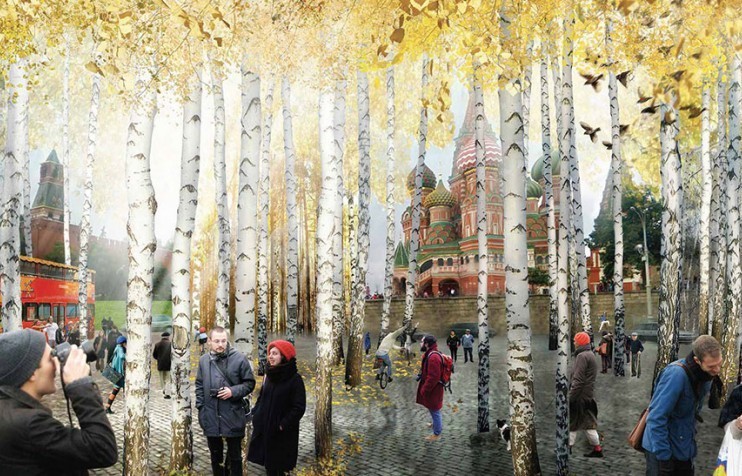 UPDATE: The video detailing Diller Scofidio + Renfro's winning proposal for Moscow's Zaryadye Park has just been released. In it the three partners discuss the central idea behind the proposal - "Wild Urbanism" - in which plants and people are of equal importance and "nature and architecture are merged into a seamless whole." They explain how each of Russia's varied landscapes - its tundra, steppe, forest, and wetland - will be imported to the park and overlapped into "enfolded nodes" that will house sustainable, artificial micro-climates that will allow for year-round use of the park.

The Strelka Institute has announced the winner of the two-stage international competition to design Zaryadye park, Moscow's first park in over 50 years: Diller Scofidio + Renfro.

Zaryadye Park, 13 acres of land just a minute’s walk from the Kremlin and the Red Square, is hoped to “project a new image of Moscow and Russia to the world.” See the renderings from Diller Scofidio + Renfro's winning proposal for Moscow's new and most important public space, after the break... 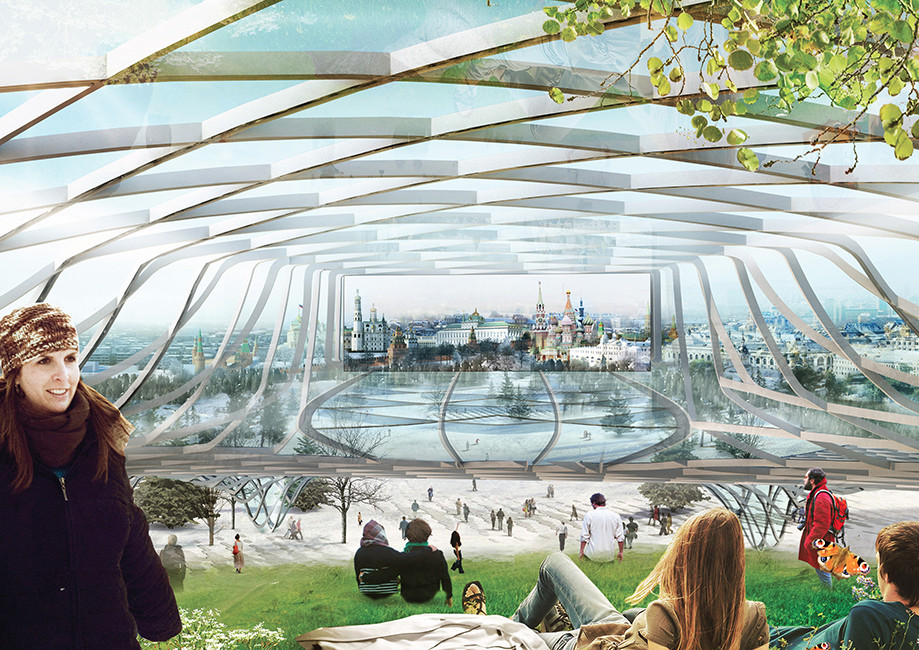 In the 20th century, it was going to be the site of the world's tallest skyscraper, but it became the world's largest hotel. In 2006, the hotel was replaced with a fence, the largest advertising space in all of Europe, enclosing acres of undeveloped, highly valuable land. In 2014, it will become Moscow's first - and most important - park in over 50 years.

Zaryadye Park, located on 13 acres of land just a minute's walk from the Kremlin and the Red Square, will become a gateway to Moscow, one that will "project a new image of Moscow and Russia to the world." Because of the Park's significance, the city of Moscow (with aid from the Strelka Institute for Media Architecture and Design) has decided to host an international competition for its re-design.

The 6 finalists shortlisted for this significant project, after the break...