Text description provided by the architects. Luzhniki Stadium was designed and built in 1955-1956 under the supervision of architect Aleksandr Vlasov. The stadium is situated on a planning axis created by the 1930s masterplan for Moscow and linking key sites in the city such as the Kremlin, the Church of Christ the Saviour, and Moscow State University. In 1980 Luzhniki was the main arena for the Olympics. It has been closed for reconstruction since 2013. In 2018 it will a venue for World Cup football matches, including the cup final.

The key objectives of the reconstruction project have been on the one hand to preserve the stadium’s external appearance (the stadium’s historical wall and roof) as an icon of Russian sport and on the other to fulfil all FIFA’s requirements with regard to floor areas and capacity. This meant that the difficult task facing the planners and designers was to fit all the required functions into the existing geometry.

The renewed Large Sports Arena has a maximum capacity of 81 000, which is 3000 more than previously. Furthermore, prior to reconstruction, approximately 10% of seats in the stadium were in a zone where there were limited views of play. The stands have for this reason been replaced with two tiers raked at a steeper angle; additionally, there is a third tier consisting of 100 skyboxes. These changes mean that football fans now have a great view of the pitch from any point in the stands (including the bottom and top rows). There are also new comfortable VIP boxes with capacity for 1950 spectators.

The stadium’s external appearance has been lovingly preserved, including the colonnade girdling the stadium, the inside wall, and the shape and sculptural form of the roof. Behind the historical wall an internal street has been created; its main feature is eye-catching cascades of staircases, which serve as the main way for spectators to get about. The only new element on the façade is a frieze in the form of a broad metal strip on which images of symbols of various types of sport have been created using perforation. The graphic design of this element was developed in collaboration with the Art Lebedev Studio. A 23-metre-high viewing platform is situated at the very top of the stands and will be open to all, providing an opportunity to admire the views which open up from here of Sparrow Hills, the University, and the city centre.

Prior to reconstruction, Luzhniki was mixed-use, containing sports halls and a hotel. The stadium has retained a mix of functions; it now has a large business centre in its southern part and a fitness centre and universal sports hall and spa in its northern part. As well as football matches, the pitch can be used for mass events of various kinds (e.g. concerts). 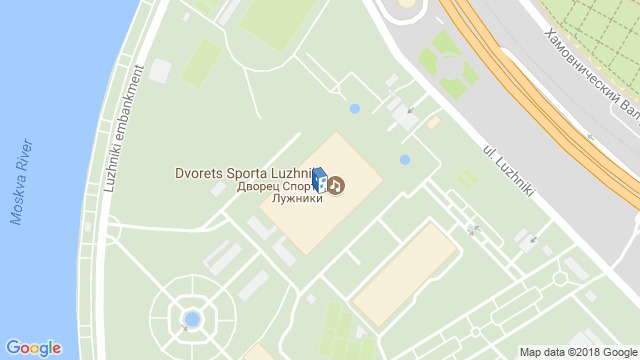 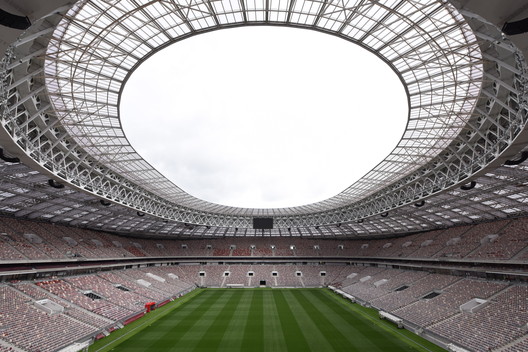