Save
Russian Pavilion at 2016 Venice Biennale to Examine the V.D.N.H – Moscow's Soviet "Amusement Park"
Presented by:

The Russian contribution to the 2016 Venice Biennale has been revealed to be "an account of how the V.D.N.H. (the 'Exhibition of Attainments of the National Economy’)—a unique complex in both scale and architecture—is being transformed into a multi-format cultural and educational space, accessible to all." Entitled V.D.N.H. Urban Phenomenon, the show will examine the park's global significance "given that the whole world is concerned by the question of how to develop society’s intellectual potential and how to create effective mechanisms for cultural assimilation." Following the Biennale, the exhibition will be permanently relocated to the V.D.N.H. in Moscow. 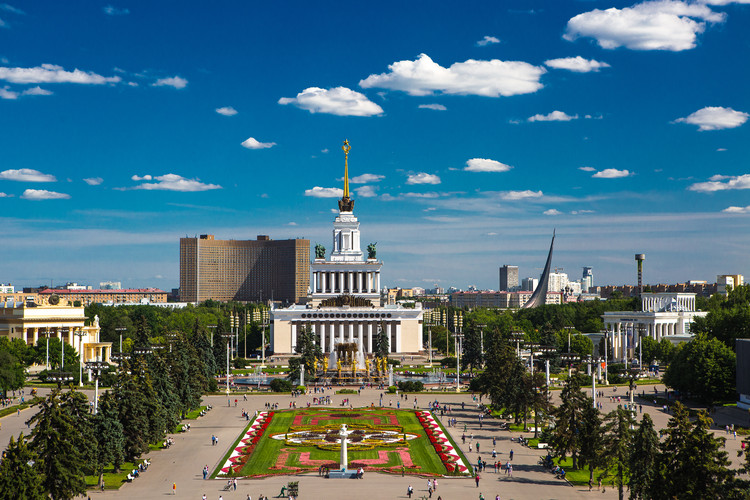 According to Sergey Kuznetsov, Chief Architect of Moscow and the exhibition's curator: "Unlike most theme and amusements parks, the V.D.N.H. does not merely provide citizens with leisure, but has an educational and cultural mission. [...] Taken together," he continues, "the coherence of this urban ensemble, the diversity of its public spaces, and its necklace of national and thematic pavilions create a territory which is capable of accumulating and multiplying society’s intellectual and cultural energy, and it is this which in the final analysis is helping us win the battle for quality of life."

The #Uzbekistan Pavilion at #VDNH (1954$, now Culture Pavilion. One of the masterpieces of Soviet architecture of the 1950s 🇷🇺☝🏻️ #moscow #archdaily #instagood #architecture #iphonesia #russia

According to Kuznetsov, the outline of the exhibition involves "art and multimedia technologies to talk about the past, present, and future of the V.D.N.H." In addition, "a section dealing with the history of the exhibition will present artefacts from Soviet times" while there will also "be a video installation immersing visitors in the atmosphere of the V.D.N.H. today." The pavilion's commissioner, Semyon Mikhailovsky, has added that a number of researchers have been invited to take part, including sculptors, graphic artists, and students from the Moscow Architecture Institute, the Russian Academy of Arts, and a number of other higher education institutions in Russia.

The #вднх (VDNK) Central Pavilion. The "Exhibition of Achievements of National Economy", opened in 1935 and occupies more than 2 million sqm in #Moscow, where a series of pavilions show the modern and contemporary history of #Russia. 🇷🇺🙌🏻 #architecture #archdaily #instagood #iphonesia

Mikhailovsky continued by saying that "the V.D.N.H. today is an example of a space in which the fight for an audience is being conducted using urban design, architecture, and education, and in this sense it makes an ideal fit with the theme for the 15th International Biennale of Architecture, which the latter’s curator Alejandro Aravena has defined as ‘Reporting from the Front’."