Gothenburg: The Latest Architecture and News 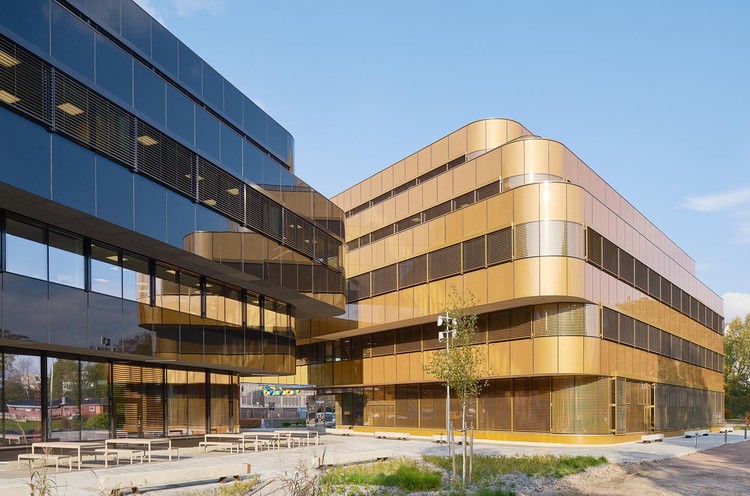 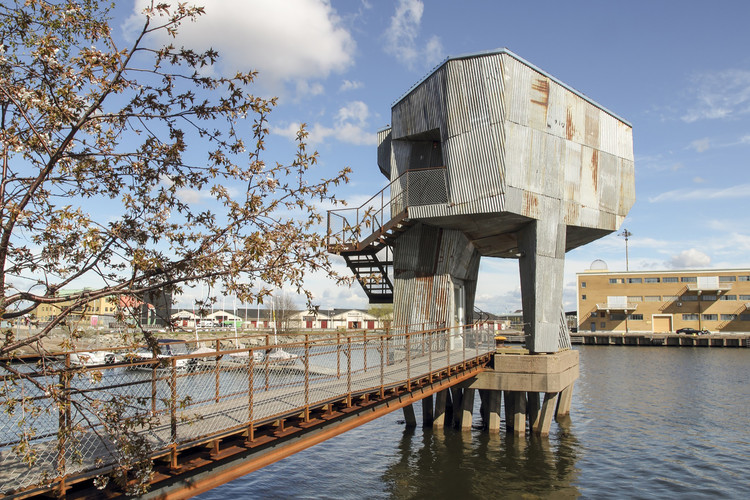 The City of Gothenburg has commissioned Erik Andersson Architects to design a new pedestrian bridge in the city's historic Haga district. The circular bridge, connecting streets Haga Kyrkogata and Arkitektgatan, will be made of carbon fiber, allowing for a narrow profile that seemingly floats over the water. It is envisioned that the landscape the crosses inside the circular form can be used as an amphitheater for riverside performances.

In the the former shipbuilding city of Gothenburg on Sweden's west coast stands Daniel Ellis Karlsson and Pauine Algeröd's "Bärande Möte," a glass and concrete wind shelter and pavilion.

Concrete beams are suspended in midair by load-bearing glass walls, inverting the traditional structural hierarchy between the two materials and allowing uninterrupted river views. Read more about the project and view selected images after the break. 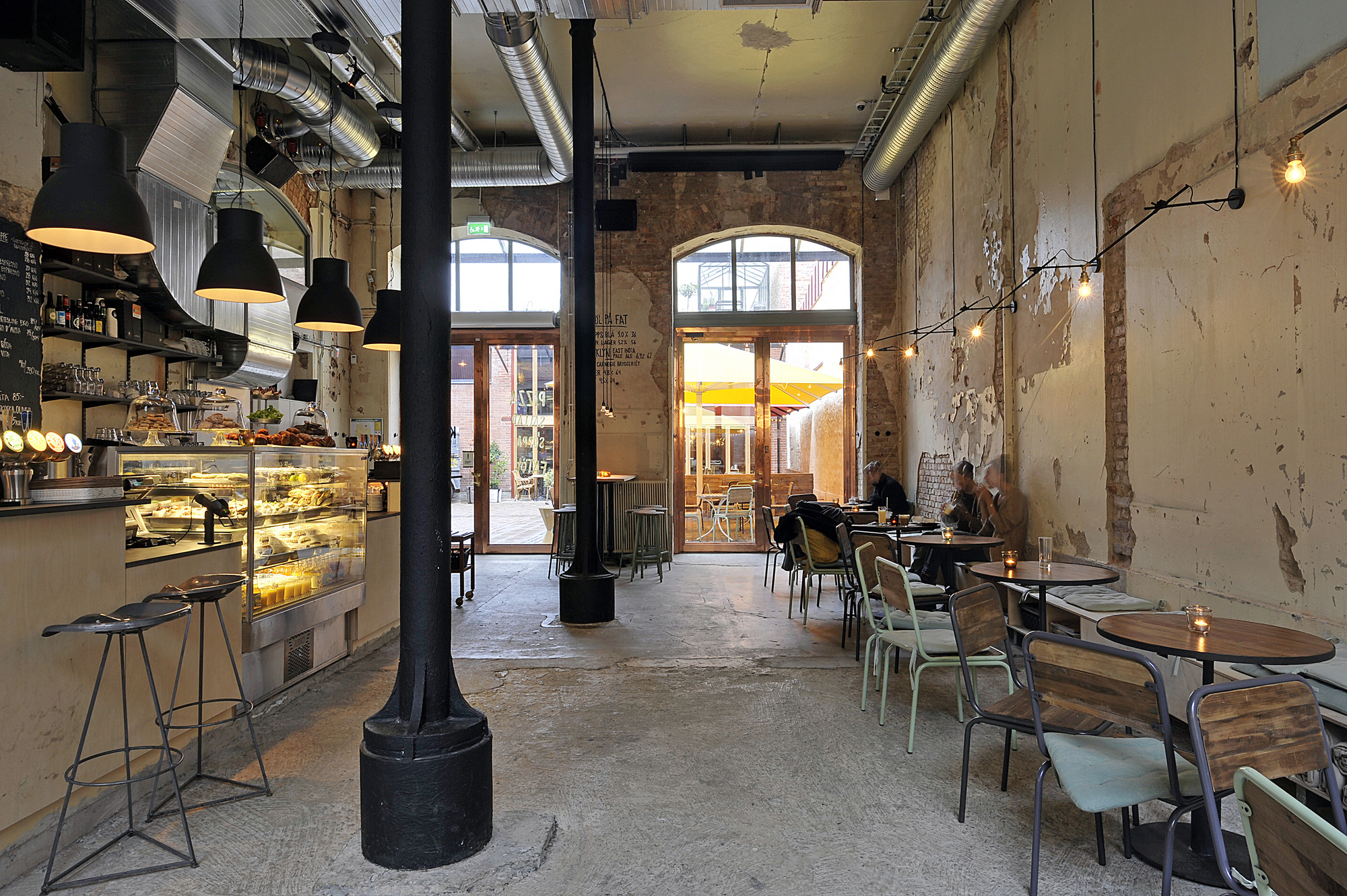 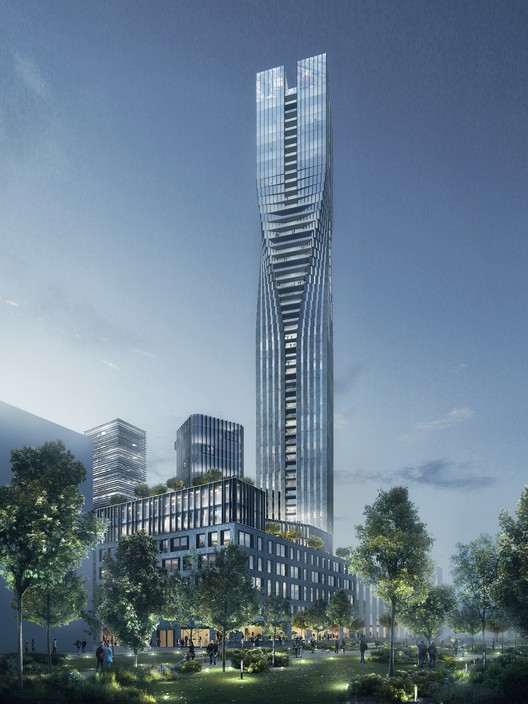 Zaha Hadid Architects, SOM, Ian Simpson Architects, Manuelle Gautrand Architects, and Wingårdhs Arkitektkontor are all competing to design what will be the tallest tower in Scandinavia. Submitted anonymously, the five shortlisted proposals have just been unveiled by Serneke, who has envisioned the skyscraper as an integral piece to a larger 32,000 square meter mixed-use masterplan in Gothenburg that has been in the making for more than ten years.

Check out each shortlisted design, after the break... 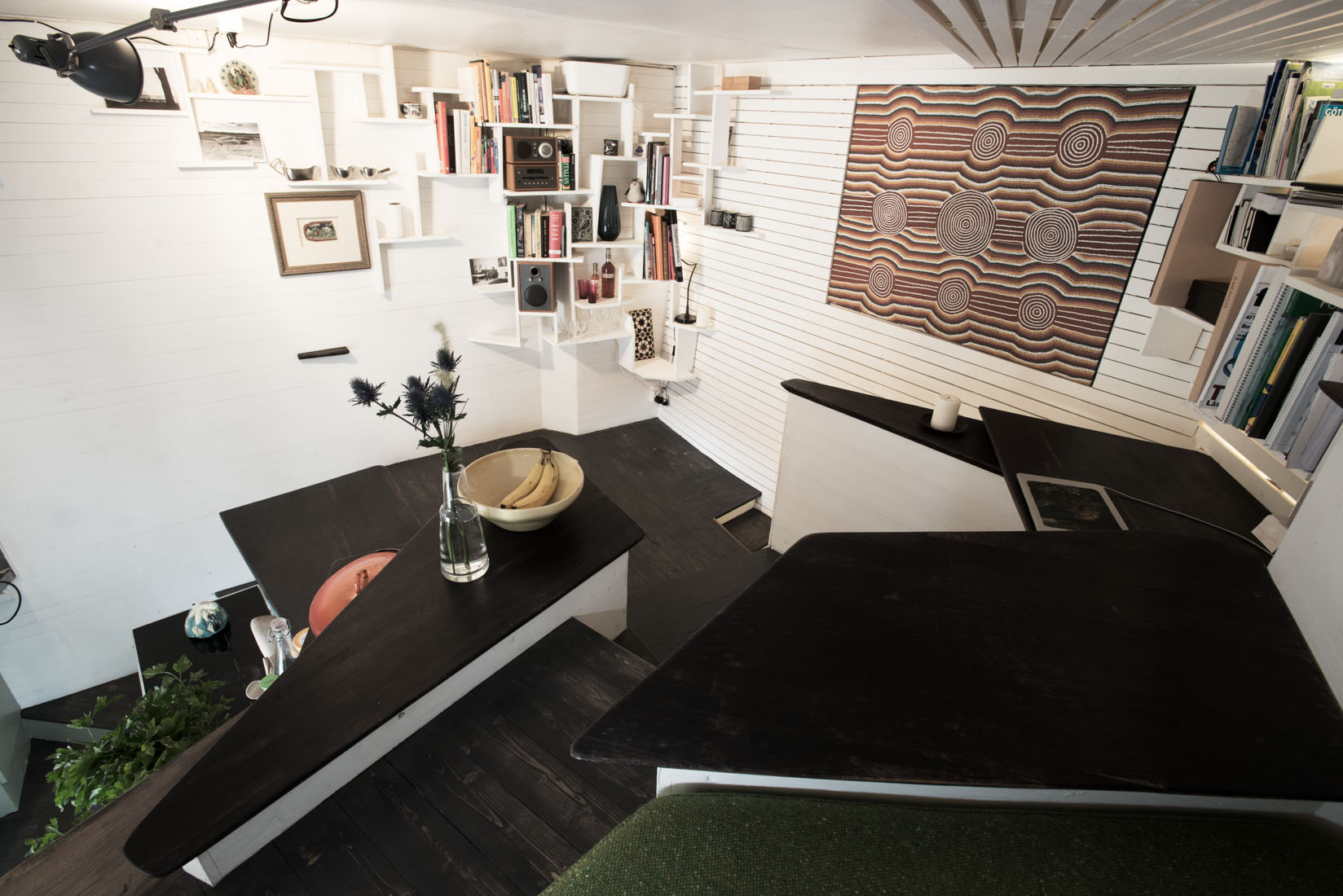 In response to the rising trend of electric vehicles in Sweden, the Traffic Department in Gothenburg has commissioned Kjellgren Kaminsky Architecture (KKA) to develop a vision of solar-powered charging stations for electric vehicles, bikes and scooters. With the potential of being distributed throughout the city, the resizable concept was designed with the same formal language for recognition so that the charging stations may stand as a “symbol of a more sustainable city.” 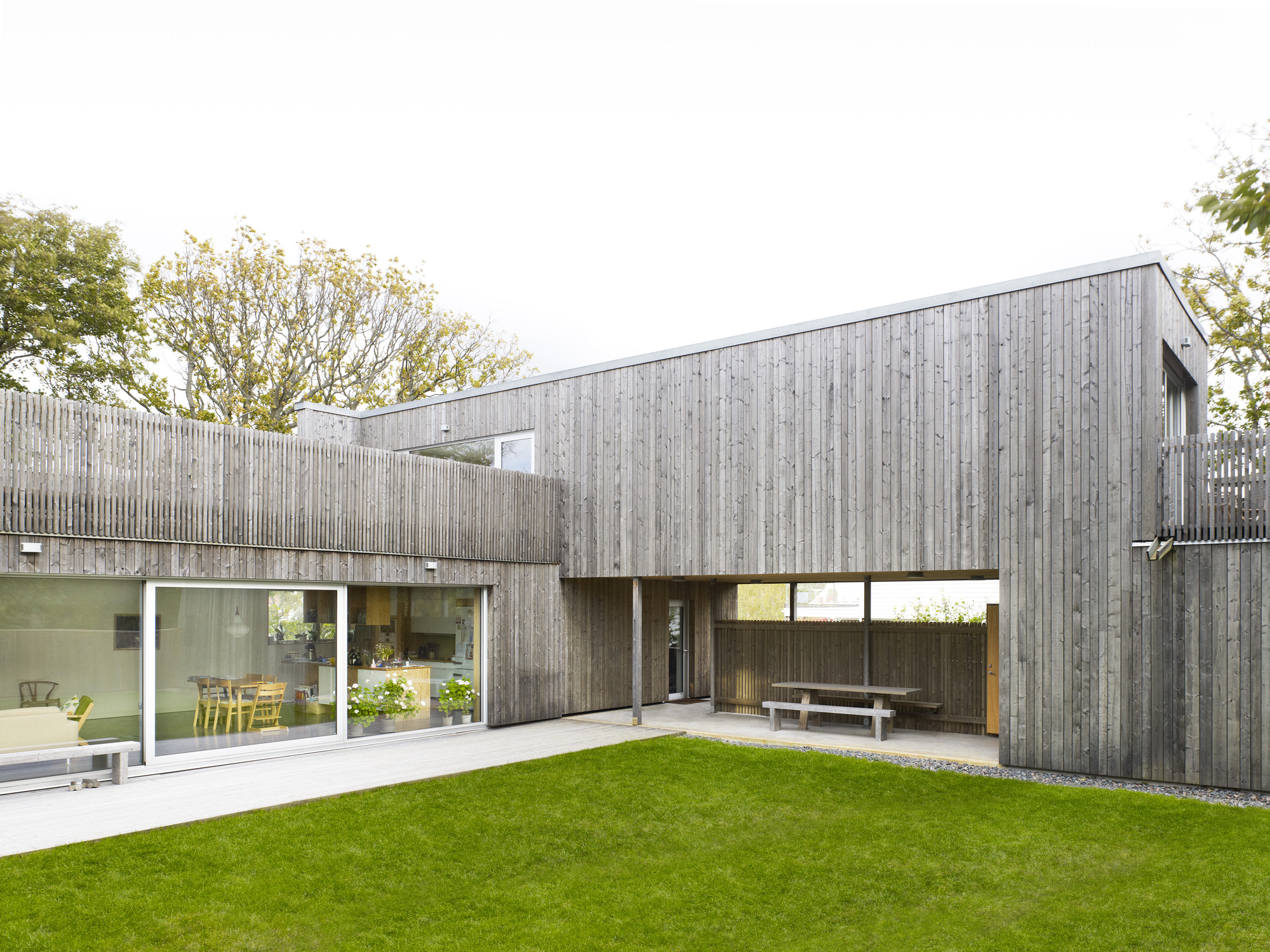 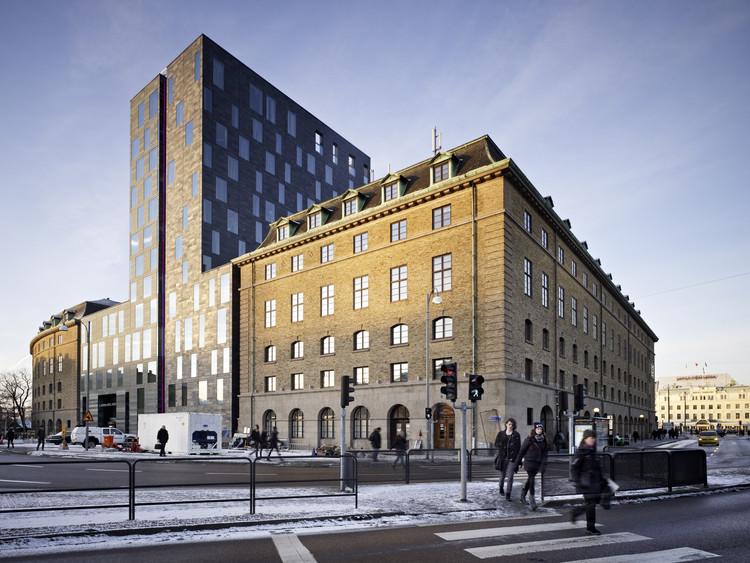 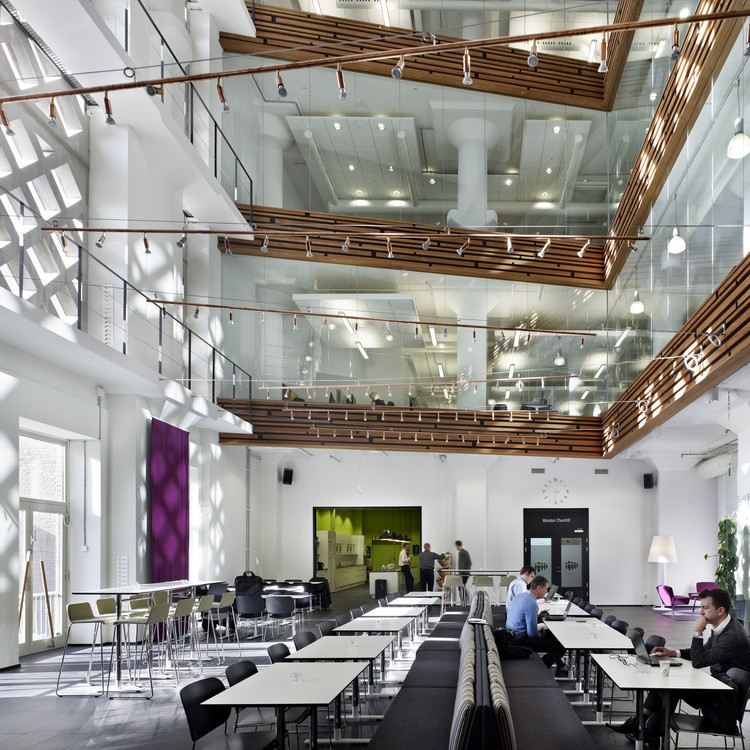 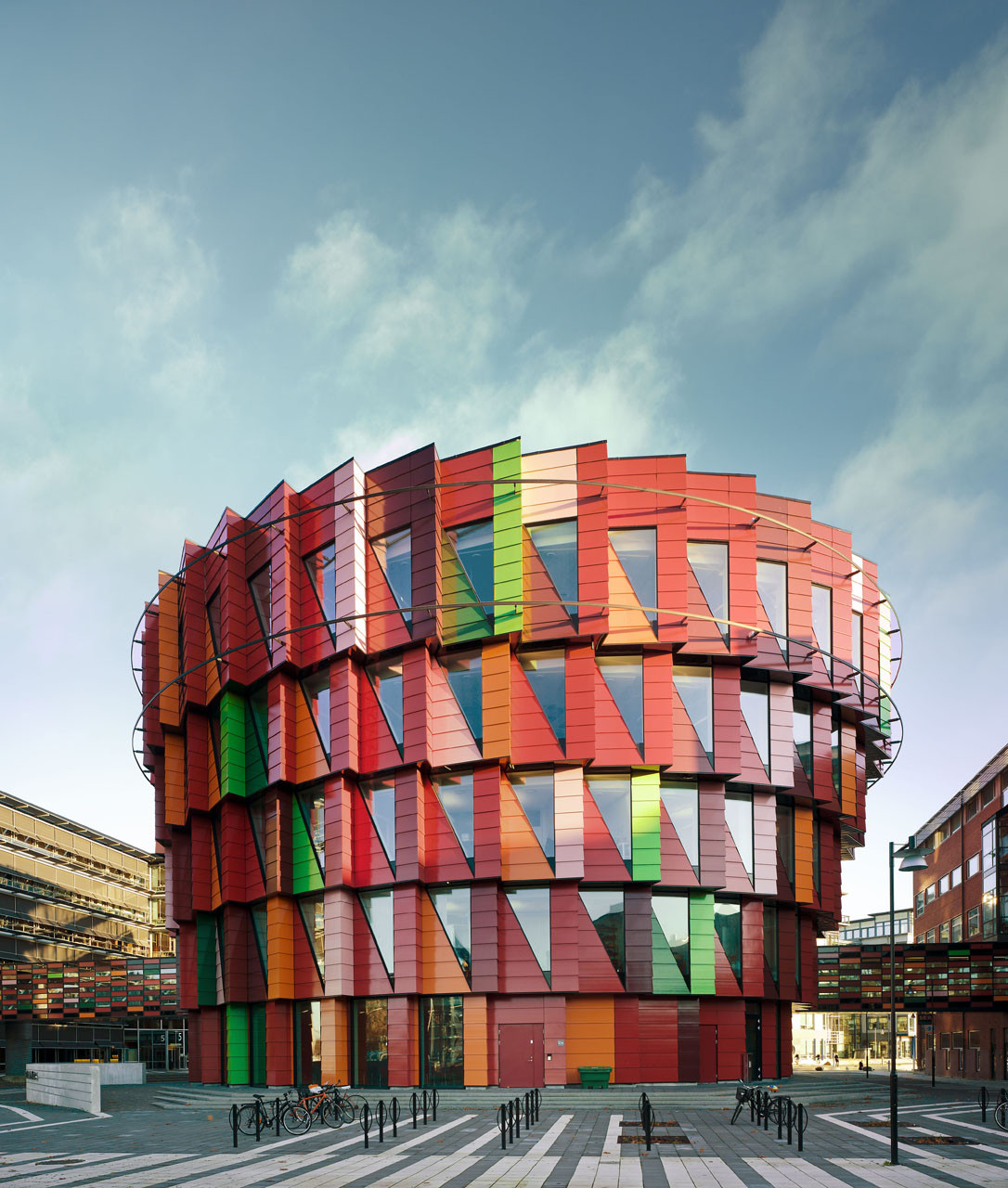 Cycling Center / We Are You + Erik Hallberg

Presented at the bike festival of Gothenburg just about a week ago, the Cycling Center by We Are You + Erik Hallberg aims to promote cycling and bring together different cycling communities in the city. With Gothenburg being a city strongly dominated by cars, more than other large Swedish cities, this project has started to turn this around and make Gothenburg a ‘bike city’ with role models such as Amsterdam and the neighboring and great example Copenhagen. In this work of switching over from cars to bikes, their proposed cycling stadium would act as a catalyst. To become a ‘bike city’, the perception of the bike and the cyclist among city inhabitants is crucial. More images and architects’ description after the break. 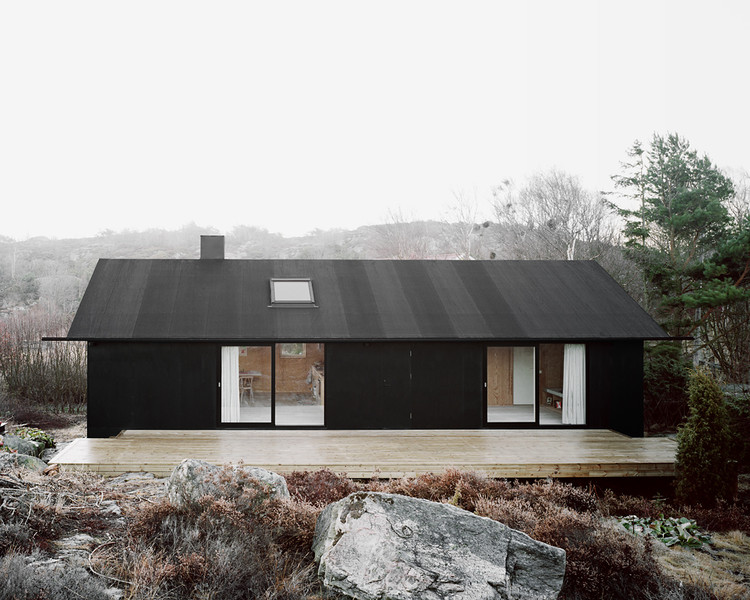 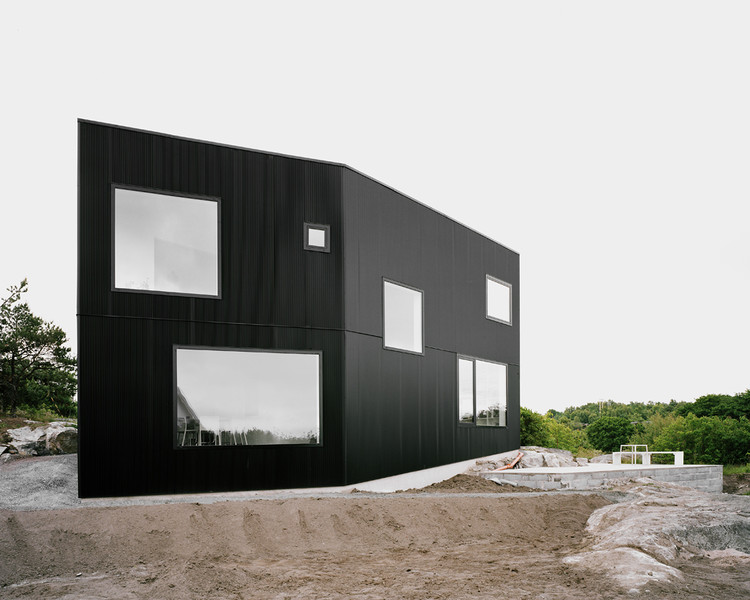 At an exhibit in Gothenburg, architects Fredrik Kjellgren + Joakim Kaminsky from Kjellgren Kaminsky Architecture have designed a sustainable city as a ”glimpse of a possible sustainable future” for Sweden. The project, entitled Super Sustainable City, takes the analytical findings of a previous green initiaive,”Gothenburg 2050″ and presents a new “architectonic vision.”

More about the exhibit after the break. 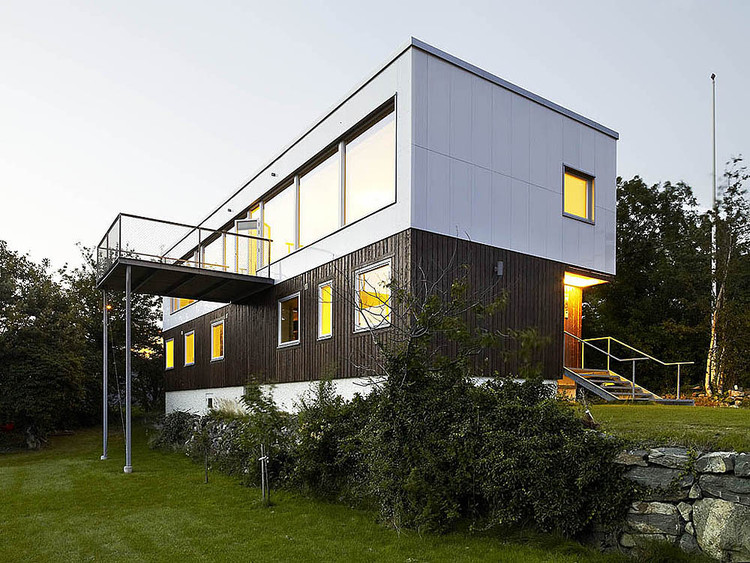