2016 Pritzker Prize winner Alejandro Aravena has been selected as the 2017 recipient of the Gothenburg Prize for Sustainable Development, an international award that recognizes an individual or group for “outstanding performance and achievements towards a sustainable future. Given annually since 2005, the prize has previously been awarded to environmentalists, scientists, engineers and political advocates – Aravena is the first architect to receive the honor.

In the award citation, the jury lauds Aravena as “an innovative Chilean architect that together with his colleagues in the “Do-Tank” Elemental applies a design philosophy including citizens as part of the solution and not part of the problem, creating bridges of trust between people, government and business. All three dimensions of sustainability are balanced in a participatory process; socially, environmentally and economically.”

“Mr Aravena, together with his colleagues in Elemental, argues that with the right design, sustainability is nothing but the rigorous use of common sense. The results are often simple solutions to the complex challenges.”

The award, along with a SEK 1 million prize, will be presented to Aravena in a ceremony on November 22 at Draken, Folkets Hus in Gothenburg.

Read more about the award here.

This article by Paperhouses founder Joana Pacheco was originally published by Metropolis Magazine as "Aravena's Small Step, Open Source's Big Leap." When Alejandro Aravena was awarded the Pritzker Prize earlier this month, he made a remarkable and significant announcement: he had published the plans of four of his social housing projects on his website, for anyone and everyone to study and use. 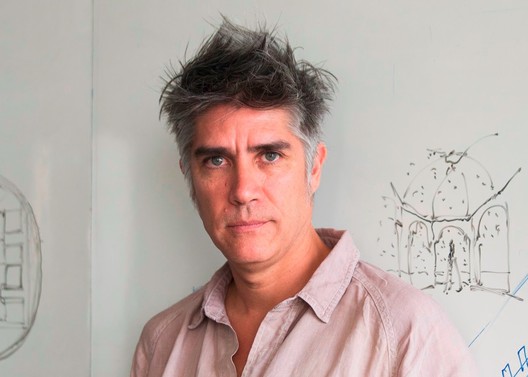