Swedish practice Tham & Videgård Arkitekter designed a series of colored timber homes for Gothenburg, Sweden. Part of a larger site development along Landvetter Lake, the project was imagined as a "vertical village" that rethinks the row house typology. A series of compact, three-level homes include private gardens around tall hedges and rounded plots. The solid timber design reimagines the firm's original proposal for a site in Stockholm. 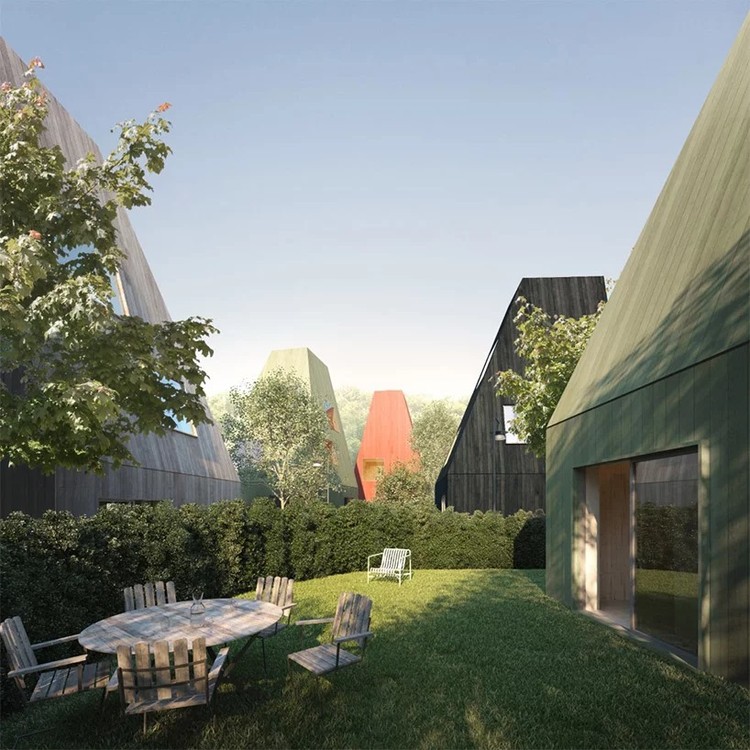 Focusing on vertical massing, Tham & Videgård's design hopes to create more dense single family housing. The firm created a network of pathways around private and public spaces that draw connections between the neighborhood and the larger community. Formed as a small scale urban environment, the project will be built from cross-laminated timber. To create diversity and varied spatial types, the identical houses feature a range of colors.

The reimagined colored row houses will include integrated greenery and landscaping with the hope of increasing biodiversity. The 140 square meter homes are organized around a spatial sequence that moves between the social ground floor and garden, to more secluded bedrooms with views above. On top, a studio space was designed with a large sky light and can be made with either a roof terrace or extra sleeping loft. 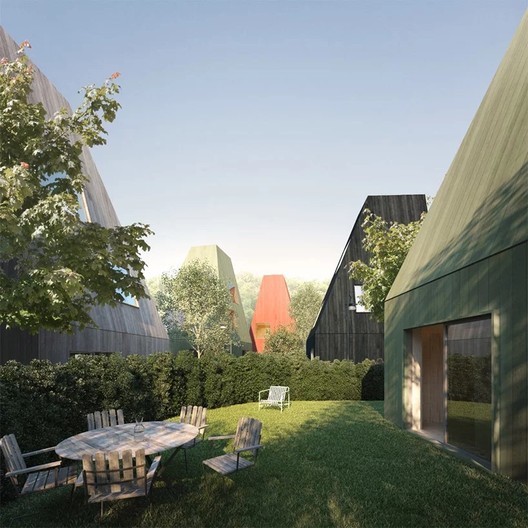