Disrupting Normal Experiences: An Interview with the Curators of Svizzera 240

Scale is a very important referential element in built environments. Once manipulated, however, it becomes a key tool that completely changes the way we experience architecture. One of the most prominent projects that put scale at the forefront was the Svizzera 240: House Tour, the Swiss pavilion at the 2018 Venice Biennale, a project that triggered people's behaviors and perception of space, and left them feeling as though they were experiencing an "Alice in Wonderland". The project was awarded with the Golden Lion award for best National Pavilion, described by the Biennale organization as "a compelling architectural installation that is at once enjoyable while tackling the critical issues of domestic space".

The cartographies reveal different facets of Brazil and examine the nature of the visible and invisible walls that define the country. They were produced by the exhibition’s curators Gabriel Kozlowski, Sol Camacho, Laura González Fierro and Marcelo MaiaRosa in collaboration with 200 professionals from 10 different disciplines

The Venice Biennale 2018 closed to the public yesterday after six months in operation. Curated by Yvonne Farrell and Shelley McNamara, the Biennale was titled FREESPACE and celebrated “generosity, thoughtfulness, and a desire to engage.”

With the exhibition closed, the organizers behind the Venice Biennale have released an impressive roundup of statistics related to the event, demonstrating the Biennale’s role as one of the most influential events in the architectural calendar.

How (Not) to Design a Biennale: Is Freespace Free?

This article was originally published by Common Edge as "STADIUM: the Venice Biennale’s Most Powerful Architectural Statement."

The opening of the Venice Biennale has about it a general sense of raucousness and aesthetic cacophony. The entire scene is lush, almost overwhelmingly rich. There are thousands of places for eyes to land. There are outfits: the salty, wet Venice air manages to get at least a few architects to ditch the all-black outfit for its all-white summer counterpart, often cut through with brightly colored, geometric jewelry. There are events: at any given moment, at any point throughout the weekend, there’s a dozen or so architects gathered on a panel to talk about a topic relevant to a pavilion theme, or the edition theme, or to architecture generally. There are parties, picnics along canals, Aperol spritzes that glow bright orange, and designed-to-death tote bags that run out so quickly just carrying them is a sign that you were there, part of the early crowd, in the mix.

It’s all swirling and chaotic and bright and somehow you have to manage to pay attention to serious ideas about architecture while attempting to figure out how it’s possible that you’re still sweating even though it’s 4PM. 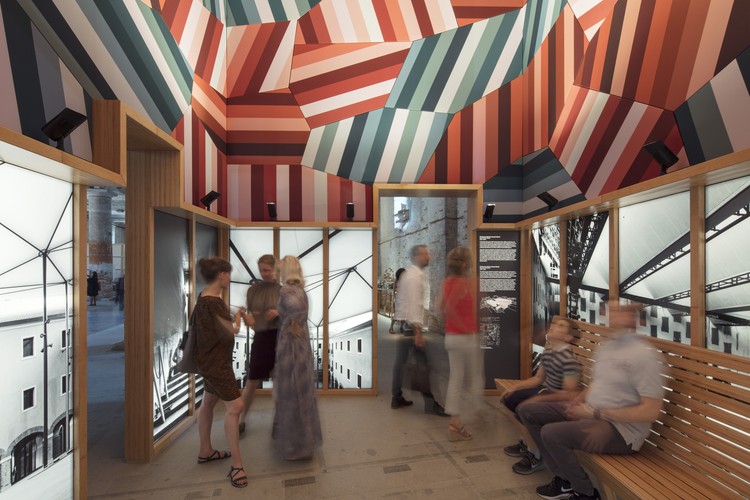 The Venice Biennale has released a list of 13 Collateral Events that will take place alongside the 16th International Architecture Exhibition, FREESPACE, curated by Yvonne Farrell and Shelley McNamara and chaired by Paolo Baratta. Previews of the main event begin May 24th and 25th, with the exhibition open to the public from May 26th to November 25th, 2018.

The collateral events, each promoted by a non-profit sponsor, will take place across the city in an attempt to enrich the diversity of voices that characterize the Biennale.

The complete list of events can be found below, and make sure to follow ArchDaily's complete coverage of the Venice Biennale.

Curators and Theme Announced for US Pavilion at 2018 Venice Biennale