Save
Freespace: Grafton's 2018 Venice Biennale to Celebrate Generosity, Thoughtfulness, and a Desire to Engage
Presented by:

At a meeting convened today at the Biennale's headquarters at Ca’ Giustinian in Venice, Italy, Grafton Architects—Yvonne Farrell and Shelley McNamara—revealed the theme and outline for the 2018 Venice Architecture Biennale, which they have titled Freespace. According to the Directors, the forthcoming Biennale will celebrate "generosity and thoughtfulness," and "a desire to engage."

We believe that everyone has the right to benefit from architecture. The role of architecture is to give shelter to our bodies, but also to lift our spirits. A beautiful wall forming a street edge gives pleasure to the passer-by, even if they never go inside.

Freespace will "reveal diversity, specificity, and continuity in architecture. Together," they proposed, "we can reveal the capacity of architecture to connect with history, time, place, and people. These qualities sustain the fundamental capacity of architecture to nurture and support a meaningful impact between people and place." In their closing statement, Farrell and McNamara chose to quote an Ancient Greek proverb: a society grows great when old men plant trees whose shade they know they will never sit in.

Speaking in January of this year the President of La Biennale, Paolo Baratta, argued that 2016's exhibition "curated by Alejandro Aravena [Reporting From the Front] offered visitors a critical overview of the worldwide evolution of architecture, and underlined how important it is that a qualified demand on the part of individuals and communities be met by an equally effective response." He suggested that "along these lines," Farrell and McNamara's Biennale "will continue to address the same theme but from the point of view of the quality of the public and private space, of urban space, of the territory and of the landscape as the main ends of architecture."

"When you read Love in the Time of Cholera you come to realize the magic realism of South America." Yvonne Farrell, Shelley McNamara and I were in a corner of the Barbican Centre's sprawling, shallow atrium talking about the subject of their most recent accolade, the Royal Institute of British Architects inaugural International Prize, awarded that previous evening.

Farrell and McNamara are both powerful thinkers, considered conversationalists and unobtrusively groundbreaking designers. Their portfolio of built works comprises large-scale higher education projects and single dwellings, housing and exhibition installations. Their most well-known projects include the Engineering and Technology University in Lima, Peru (realised in collaboration with Shell Arquitectos and opened in 2016) and the Universita Luigi Bocconi School of Economics in Milan, Italy.

The architects have been involved in the Venice Architecture Biennale three times previously, exhibiting their work in 2002 and 2016, and being awarded the Silver Lion in 2012 for their Lima project. The practice is currently working on the London School of Economics’ Paul Marshall Building in London, the Institut Mines Telecom in Paris, the University of Economics in Toulouse, and a new city library for their home base of Dublin.

The 16th International Architecture Exhibition (La Biennale di Venezia) will be inaugurated on May 26, 2018, and will conclude on November 25 – running for the same six month-long period that began with Rem Koolhaas' Biennale—Elements and Absorbing Modernity—in 2014.

Freespace describes a generosity of spirit and a sense of humanity at the core of architecture's agenda, focusing on the quality of space itself.

Freespace focuses on architecture’s ability to provide free and additional spatial gifts to those who use it and on its ability to address the unspoken wishes of strangers.

Freespace celebrates architecture’s capacity to find additional and unexpected generosity in each project - even within the most private, defensive, exclusive or commercially restricted conditions.

Freespace encourages reviewing ways of thinking, new ways of seeing the world, of inventing solutions where architecture provides for the  well being and dignity of  each citizen of this fragile planet.

Freespace can be a space for opportunity, a democratic space, un-programmed and free for uses not yet conceived. There is an exchange between people and buildings that happens, even if not intended or designed, so buildings themselves find ways of sharing and engaging with people over time, long after the architect has left the scene.

Architecture has an active as well as a passive life.

Freespace encompasses freedom to imagine, the free space of time and memory, binding past, present and future together, building on inherited cultural layers, weaving the archaic with the contemporary.

With the theme of Freespace, the Biennale Architettura 2018 will present for public scrutiny examples, proposals, elements - built or unbuilt - of work that exemplifies essential qualities of architecture which include the modulation, richness and materiality of surface; the orchestration and sequencing of movement, revealing  the embodied power and beauty of architecture.

The exhibition will have a spatial, physical presence of a scale and quality, which will impact on the visitor, communicating architecture’s complex spatial nature.

The exhibition invites emotional and intellectual engagement of the many who come to the Biennale in order to understand architecture more fully, to stimulate discussion on core architectural values and to celebrate architecture’s proven and enduring contribution to humanity.

When Jørn Utzon thinks about a concrete and tiled seat at the entrance of Can Lis, Majorca, it is moulded perfectly to the human body for comfort and pleasure. Spatially, it is a ‘word’ of greeting, of welcome.

Angelo Mangiarotti ‘says’ the same thing at the entrance to 24 Via Quadronno, Milan where a gently sloping path, with a seat at the entrance threshold ‘holds’ you and welcomes you home from the city.

Lina Bo Bardi raised the museum of modern art in Sao Paolo in order to make a ‘belvedere’ for the citizens to overlook the city.

The Medici Palace in Florence represents power and wealth but the stone seat which forms part of the solid façade almost turns the building inside out. The solid wall becomes the enclosing wall of the public space. What is solid seems outward looking and generous.

We believe that everyone has the right to benefit from architecture. The role of architecture is to give shelter to our bodies and to lift our spirits. A beautiful wall forming a street edge gives pleasure to the passer-by, even if they never go inside.  So too does a glimpse into a courtyard through an archway; or a place to lean against in the shade or a recess which offers protection from the wind and rain.

We are interested in going beyond the visual, emphasizing the role of architecture in the choreography of daily life.

We see the earth as Client. This brings with it long-lasting responsibilities. Architecture is the play of light, sun, shade, moon, air, wind, gravity in ways that reveal the mysteries of the world. All of these resources are free.

We invite all participants and every national pavilion to bring to Venice their Freespace, so together we may reveal the diversity, specificity and continuity in architecture based on people, place, time, history, to sustain the culture and relevance of architecture on this dynamic planet. 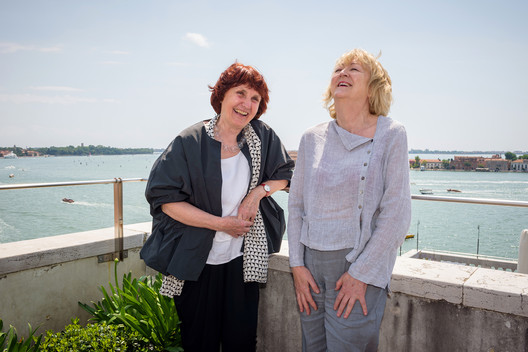