Save
Curators and Theme Announced for US Pavilion at 2018 Venice Biennale
Presented by:

“It is urgent that architecture act as an important tool in understanding, shaping, and envisioning what it means to be a citizen today,” said the curators in a statement released with the news announcement.

“Our goal is to present the United States as a site of critical research and practice in architecture, at the intersection of old and new forms of community engagement, political action, and public policy. Globalization, digital technology, and geopolitical transformations are continuing to challenge conventional notions of citizenship across scales. This exhibition will present works by architects, designers, artists, and thinkers who are responding to today’s shifting modes of citizenship, and putting forth visions of future ways of belonging.”

The individual exhibitors that will contribute to the U.S. Pavilion will be announced over the upcoming months. The pavilion will be on display at the 2018 Venice Biennale from May 26 to November 25, 2018. 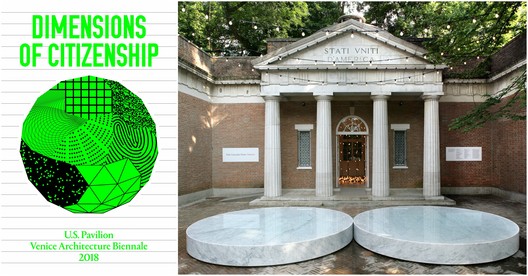