This summer, July 11-13, the annual Fab City Summit will take place in Paris at the Paris City Hall and Parc de La Villette. The yearly event will gather the core team behind the Fab City Global Initiative together with city officials, innovation ecosystems from civic society and industry. Get your tickets with 30% discount using code FABDAILY30.

The rapid urbanization of the 20th century was possible thanks to the Industrial Revolution and the assembly line, which allowed the rapid reproduction and replication of infrastructure, products and repetitive urban patterns in cities around the world. Urban morphology and dynamics produce standard patterns and forms of living. At the same time, and following the linear economy, cities consume most of the world’s resources and generate most of world’s waste (according to the United Nations). However, the exponential growth of digital technologies (computation, communication, fabrication) of the last decades offer the opportunity to enable a transition towards a spiral economy (an open circular economy approach), in which data (and knowledge) flow globally, and materials flow locally: from networks of logistics that move atoms, to networks of information that move bits.

Will Open-Source, Technological Solutions Ever Lead to the Dream of Universal Affordable Housing?

As a response to the fast-paced city life, GrowMore is an urban gardening modular design with endless configurations to suit even the most unexpected of spaces. Designed by Sine Lindholm and Mads-Ulrik Husum, the modular building kit provides an opportunity for social interaction and locally grown vegetation, reminding people to pause and connect with nature. 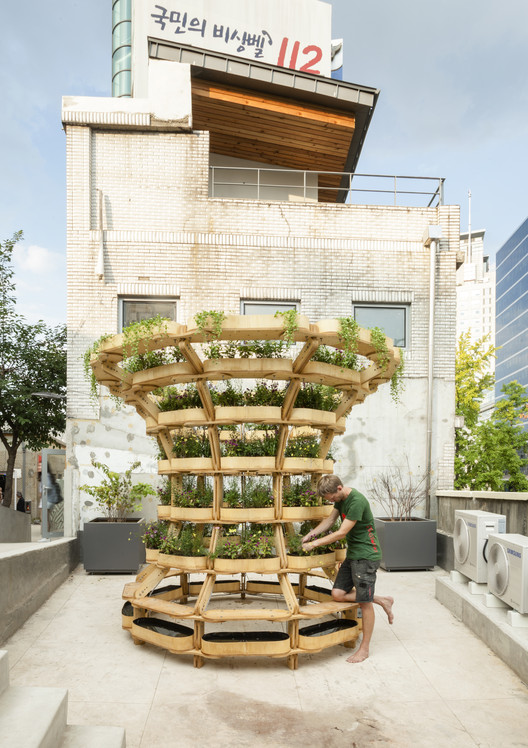 Good location, harmonious growth over time, concern for urban design, and the delivery of a structure that has "middle-class DNA" are the key points of the ABC of incremental housing, developed in detail by the Chilean architects ELEMENTAL. It's a question of ensuring a balance between "low-rise high-density, without overcrowding, with the possibility of expansion (from social housing to middle-class dwelling)."

Following this line of action, the office has released the drawings of four of the projects carried out under these principles, to serve as good examples of design which have already been implemented and proven in reality. However, despite making them available for free consultation and download, the architects emphasize that these designs must be adjusted to comply with the regulations and structural codes of each locality, using relevant building materials.

How To Improve Your SketchUp Skills

For decades, SketchUp has been one of the most well-known 3D modeling programs in the design world, owed to its intuitive working tools and labyrinth of user-generated accessories, from open source libraries to plugins. Quite often, SketchUp is the software of choice for engaging children with architecture, due to its availability, flexibility, and ease of use.

Later in your design career, you could be forgiven for dismissing SketchUp as a 'rookie tool', a beginner's level below the advanced stages of Revit, Rhino, and AutoCAD. However, as SketchUp has evolved throughout the years, it now contains a formidable array of functions, capable of producing complex, exportable results in an organized, efficient manner for students and senior partners alike.

From geo-location to sun-paths, here are 10 very useful tips to make you the model SketchUp user of the office.

Fresh off winning the “Design of the Year” for their refugee housing solution, the “Better Shelter,” IKEA is again making waves for a pioneering, flat pack solution to societal needs. Developed by the IKEA innovation lab Space10 alongside architects sine lindholm and mads-ulrik husum, the spherical “Growroom” is a DIY garden structure intended to help people “grow their own food much more locally in a beautiful and sustainable way.” And now, plans for the structure have been made available online for free via Space10’s open source platform, giving anyone the opportunity to build their own 3-dimensional garden. 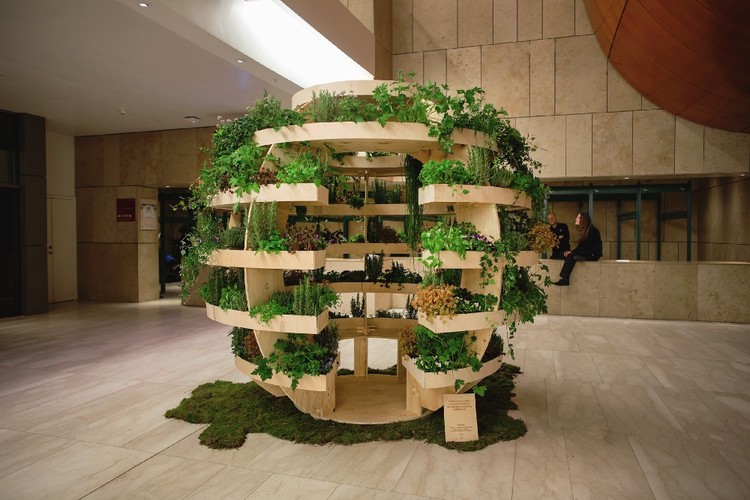 After the success of its 6th edition in 2007, Sketchup became one of the world's most widely used 3D modeling software products. This is thanks to its intuitive toolbar, interdisciplinary use within the creative industry (not just architects) and having a free version that doesn't use watermarks.

Its open source library helped the software to provide a wide range of 3D objects, while hundreds of users developed their own plugins not only to solve the problems of each version but also to exploit the potential of their tools.

We’re going to introduce you to 10 of the plugins shared by Sketchup Tutorials Facebook page using their demonstrative GIFs. If you don’t know how to add a SketchUp plugin, don’t worry! You can learn in this video also posted by them.

5 Initiatives That Show the Rise of Open Source Architecture

In architecture, perhaps the most remarkable change heralded by the 20th was the radical rethinking of housing provision which it brought, driven by a worldwide population explosion and the devastation of two world wars. Of course, Modernism’s reappraisal of the design and construction of housing was one part of this trajectory, but still Modernism was underpinned by a traditional process, needing clients, designers and contractors. Arguably more radical were a small number of fringe developments, such as mail-order houses in the US and Walter Segal’s DIY home designs in the UK. These initiatives sought to turn the traditional construction process on its head, empowering people to construct their own homes by providing materials and designs as cheaply as possible.

In the 21st century, the spirit of these fringe movements is alive and well, but the parameters have changed somewhat: with a rise in individualism, and new technologies sparking the “maker movement,” the focus has shifted away from providing people with the materials to construct a fixed design, and towards improving access to intellectual property, allowing more people to take advantage of cheap and effective designs. The past decade has seen a number of initiatives aimed at spreading open source architectural design--read on to find out about five of them.

When Alejandro Aravena was awarded the Pritzker Prize earlier this month, he made a remarkable and significant announcement: he had published the plans of four of his social housing projects on his website, for anyone and everyone to study and use.

Through the work of his firm Elemental, Aravena is known for his interest in incremental, participatory housing design: a common-sense way of working within financial restraints and a cornerstone of Elemental’s studio work. The motto—focus first on what is most difficult to achieve, what cannot be done individually, and what will guarantee the common good in the future—resulted in a “half a house.” First introduced over a decade ago, the model consists of an expandable 40 square-meter (431 square-feet) container with basic infrastructure (partitions, structural and firewalls, bathroom, kitchen, stairs, a roof) built-in and added to over time. It is not only an achievement from a conceptual and project management standpoint, but also an aesthetically open and diverse project. From this one idea stemmed 100 variations.

Read on after the break for the interview.

Why The Blueprint of the 21st Century Should Be Open Source

It used to be that when an architect needed a physical facsimile of his/her project, a draftsman would individually draw the schematics by hand. Blueprints were revolutionary in that they streamlined reproduction through technology, yet they were based on a publishing model that was repetitive  — not iterative. Computer Aided Design software, or CAD, streamlined the process even further; however, unlike blueprints, CAD was not based on publishing models, but rather on “technological science.” As such it evolved in a very different way. CAD technology that was initially developed in the 1960s as a proprietary tool for heavy industries—aerospace, automotive and super-computer processing centers— became consumer-oriented in the 1980s when it met the UNIX open platform. The key in its rapid development, dissemination and democratization was exactly this: open technology.

Today, we have 3D modeling software that can pack an exponential cache of information, render designs visible with incredible fidelity, and make those designs easier to adapt. BIM technology (building information modeling) has entered the workplace, too, improving coordination and productivity of all trades involved in project construction, effectively revolutionizing the manufacturing sector. This is technology that, like CAD, has undeniably been pushed forward via the open development and integration of components.

And yet, architects continue to depend on closed distribution models in the face of so much technology that makes design shareable and easy to manipulate. 3D modeling software has evolved and created a competitive market with ever more accessible, cross-border, cross-disciplinary design software. While the blueprint, a “published” medium, came with requisite copyright issues that appealed to the architect-as-artist, today, as a “technological” layer, blueprints cannot afford to stay locked in.

In Defense of Open Source Design

The unspoken truth about housing today? Most of it is ugly - more accurately described as "developed" than "designed."

So how can we negotiate the difference between "development" and "design" - and effectively create better housing for the many without loss of individualism? Allow me to suggest an unlikely solution: making architecture open source.

“Architecture does not change anything. It’s always on the side of the wealthy. The important thing is to believe that it can make life better.” -- Oscar Niemeyer

As much as we'd care to deny it, Niemeyer makes a valid point here. Architecture is almost always "on the side of the wealthy"; the profession, as it has existed for about a century, rarely changes anything; and yet - and yet - it can make life better. If only for a select few.

But what if architecture could make life better for the many. What if good-quality, life-bettering architecture were open-source and available to download off the internet? For free?

Well, thanks to Paperhouses, it already is.