Save
Will Open-Source, Technological Solutions Ever Lead to the Dream of Universal Affordable Housing?
Share
Or
Copy

Historically, the first step to finding a solution to create affordable housing often began with the idea of pre-fabrication. In the post-war era, after bombing had destroyed millions of homes, many designers in Europe considered pre-fabricated building approaches in order to address housing shortages. Jean Prouvé was one of these designers, constructing his first “demountable house” in 1947. Made of steel and wood with no foundations, the house used a two-legged structure called the “axial portal frame” as the primary supporting element. The smallest of these houses were only six-by-six meters and could be assembled in less than a day. However, alongside his aluminum Maison Tropicale built for the French colonies of West Africa, these houses were never successful and were mostly dismantled or destroyed. Decades later, one of his Maisons Tropicales was sold for $5 million at an auction in 2007—ironically, the designs produced to solve the issues of the dispossessed are now coveted as luxury items for the wealthy.

Another idea that has resurfaced in recent times is the idea of self-manufacture. Beginning in the late 19th century, mail-order houses became popular, with Sears (yes, the department store chain) selling over 100,000 of them between 1908 and 1940. With the cost of construction in the home-owner’s hands, houses became much more affordable. The house kits for these homes contained around 30,000 parts with instructions on how to assemble them. However, sales for these houses dwindled during the Great Depression and never really recovered.

The Walter Segal self-build method is also an interesting example. By adapting traditional timber frame construction methods, Segal’s method eliminated the need for bricklaying and plastering, which are difficult for the common person to complete. His idea was that "anybody can build a house. All you need to do is cut a straight line and drill a straight hole." By designing lightweight, simple and cheap buildings, Segal created a way into affordable home ownership that was adaptable and ecological. In the 1970s, Lewisham Borough Council created three small sites for people to construct their homes using the Segal self-build method, an example of how collaboration with council can lead to more widespread affordable housing.

This idea of self-manufacture has now been explored in a fascinating way in the work of ELEMENTAL, led by Alejandro Aravena, in which low-income families are given half a house with the other half able to be self-manufactured. This idea of incremental building allows the families to expand when they have the capability to do so, with the first half-a-house being an affordable option to start off with. After winning the Pritzker Prize, Aravena released four of their social housing designs online for open source use, explaining that this will “rule out one more excuse for why markets and governments don’t move in this direction to tackle the challenge of massive rapid urbanization." However, it has been debated whether releasing drawings online is truly “open source” as it fails to acknowledge that these CAD drawings will still be inaccessible to many of the people they are intended for. Without the tools and knowledge to understand the drawings, it is difficult for people to use and customize the designs for their own use.

SPACE10’s approach, while not exactly adding anything new to this established repertoire of techniques, does combine them in a way that has rarely been explored before. Danish architecture students Johanne Holm-Jensen and Mia Behrens explored the problem of designing low-cost, adaptable and sustainable housing that could be manufactured locally by the individuals that adopt it, but adapted to a global context. The result of this was a 49- square-meter micro-house built using only a CNC milling machine and FSC- certified plywood, with the total cost adding up to only $192 per square meter. Thus, it combines easily sourced materials with self-manufacture and an element of open-source collaboration, creating a recipe that feels like it could be the catalyst for change.

Key to the idea is the development of digital fabrication tools, which makes it possible for people to manufacture the parts locally; recent innovations such as hand-held CNC machines, for example, hint at a not-too-distant future when these tools will be the size of vacuum cleaners. The fact that Behrens and Holm-Jensen’s design requires only one material and one machine for construction broadens the accessibility of housing to those who can’t otherwise afford it, at least in theory. By exploring digital fabrication and open-source collaboration, their intention is for people to download, customize and improve the design to suit local terrains, landscapes, and cultures.

Similar to the Wikihouse project, which shares similar goals and methods, SPACE10’s method of open-source collaboration allows for a design which can be accessed by anyone. However, while the Wikihouse project presents itself as a system, SPACE10’s approach is much more open-ended with more room for design changes and improvements. The goal of SPACE10 is to find a housing solution which is affordable, universal and sustainable, and they readily admit that they have not found the solution yet. This is where the open source collaboration comes in—rather than simply gaining access to a range of design files and templates to cut the materials, by collaborating on the project you are adding your input to the utopian goal of universal housing.

Similarly, while previous attempts to realize the dream of widespread affordable housing were presented as complete, unalterable systems, each with their own unique problems inextricably baked into the design, the flexibility of SPACE10’s proposal may mean that it has a higher chance for success. Also interesting to note is that with many of the previous examples, the development of new technology was the catalyst and the driver of its success: The Sears mail-order houses where made possible by the construction of the railroad, while Prouve’s demountable houses were possible due to factory-based pre-fabrication. With SPACE10’s design, the technologies of online networks and accessibility, and of easily usable machines that did not exist 10 years ago, encapsulate the fundamental difference between 20th and 21st-century innovation, showcasing current attitudes on how we might achieve our utopian future.

Although proposals from the past have not been as successful as hoped, the reason architects have tried to solve this issue time and time again is due to the feeling that the answer is right within reach. With technological advances in digital fabrication and through the creative participation of many, perhaps the future of universal affordable housing is finally here. 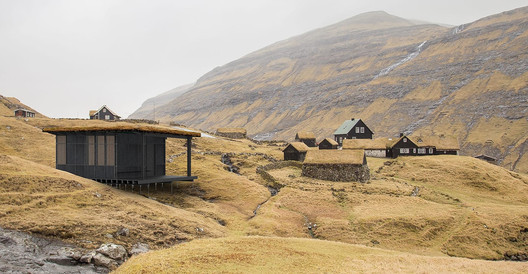