Jean Prouvé’s 1944 design, the 6x6m Demountable House has been adapted by Rogers Stirk Harbour + Partners (RSHP) for Design Miami/Basel 2015 at the Galerie Patrick Seguin. Originally designed to rehouse war victims in Lorraine, France, the Demountable House was built entirely of wood and metal, and could be transported and assembled by two people in a day. The new adaptation, led by Ivan Harbour of RSHP, is reimagined as a holiday retreat, complete with a bathroom and kitchen pods and service trolleys providing hot water and solar energy. Read more about this adaptation after the break. 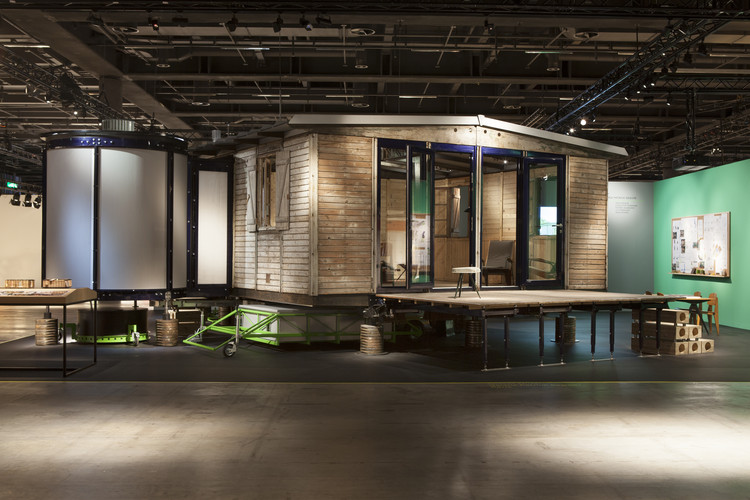 Prouvé’s “constructional philosophy” of architecture prioritized functionality and fabrication, creating a unique aesthetic focusing on the two ideals. The original design was meant to be easily shipped and assembled to rehouse war victims in villages ravaged by bombs in 1944. The new design maintains this simplicity, while adding an external kitchen and bathroom, maintaining the flexibility of the original plan. Trolleys providing hot water and solar energy ensure the independence of the home, so that it can be built in any environment.

RSHP’s adaptation creates a connection to each pod by replacing six of the original wooden panels. Four glazed panels bring light into the main living space and open onto a new deck. The deck can be used as an outdoor space, or raised to act as a shutter to protect the glazing against extreme weather. Like the original design, all components can be easily assembled on-site, and the panels can be configured to fit different conditions.

The adaptation will first be showcased at Art Basel 2015, then subsequently transferred outdoors. Though imagined as a holiday retreat, in keep with Prouvé’s original vision, it forms the foundation for future demountable housing for refugees.

To accompany the exhibitions, Galerie Patrick Seguin has also released a set of five monographs dedicated to Jean Prouvé’s designs, with both archival and contemporary photographs. These five monographs are the first of 15, to be released in three separate sets throughout 2015 and 2016. 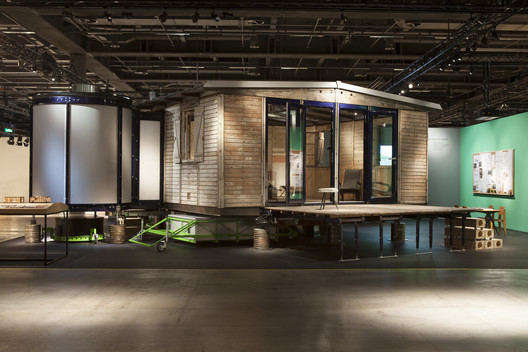