This summer, July 11-13, the annual Fab City Summit will take place in Paris at the Paris City Hall and Parc de La Villette. The yearly event will gather the core team behind the Fab City Global Initiative together with city officials, innovation ecosystems from civic society and industry. Get your tickets with 30% discount using code FABDAILY30.

The rapid urbanization of the 20th century was possible thanks to the Industrial Revolution and the assembly line, which allowed the rapid reproduction and replication of infrastructure, products and repetitive urban patterns in cities around the world. Urban morphology and dynamics produce standard patterns and forms of living. At the same time, and following the linear economy, cities consume most of the world’s resources and generate most of world’s waste (according to the United Nations). However, the exponential growth of digital technologies (computation, communication, fabrication) of the last decades offer the opportunity to enable a transition towards a spiral economy (an open circular economy approach), in which data (and knowledge) flow globally, and materials flow locally: from networks of logistics that move atoms, to networks of information that move bits.

Fab City brings the impact of digital technology to cities, it connects globally distributed networks of hyper-local and productive ecosystems, which enable the mass distribution of goods and resources. By adopting these principles, cities can radically transform the way production and consumption happens within their metropolitan regions, by replacing standardization with smart customization, focusing on interconnected processes instead of isolated products, and more importantly: empowering citizens and communities while reducing the environmental impact of urbanization. The Fab City Global Initiative is an action plan for cities to make this shift possible and then become more resilient through the re-localization of the production of energy, food and products. It enables a global community of designers, makers and thinkers that amplify and multiply the scale of this important transformation together with government and industry.

Cities are machines of making trash, they work as living organisms: they synthesize materials and information to feed the fundamental units that make them alive: people. In each one of these metabolic processes there could be generative or destructive outputs, for the city itself, for people or for the resources they depend upon. It has been during the last 150 years of industrialization that we have developed our actual urban model, especially during the last decades of the 20th century, which is extractive and based on infinite growth.

There is a real chance for cities to define a midterm road map to dramatically transform its dependency from centralized infrastructure and power thanks to the local production of energy, food and things, and enable the mass distribution of everything. Today centralized power is struggling to keep a control of world’s resources under the infinite economic growth paradigm (we see the raise of authoritarianism and military expenditure in nation-states), while fundamental infrastructure such as the Internet or digital fabrication point towards a more distributed model to the control and access to resources. These new infrastructure opens up a new form of globalism based in the local capacities, infrastructure, resources, values and skills, while being connected globally in the largest open network of human innovation that ever existed.

The advances of digitization in computation and communications have made cities more efficient and better connected. In the beginning of the 21st century technology made possible to create new narratives around the future of cities: the Smart City. However, Smart Cities are perpetuating a new form of extraction of value using digital platforms, while natural resources are consumed to keep urban growth, and citizenship is being reduced to a passive consumption of content in Netflix, or while we pair our FitBit with our iPhone to count how many steps we have made in order to reduce weight of the synthetic fat, sugars and animal based protein diet we are attached to. We live inside a techno Utopian paradox, a sort of mice trap, while we consume earth resources.

Technology innovation can go beyond gadgets designed in Silicon Valley and made in China namely consumer products, or service platforms. Technology is every mean we use to interact with the planet, with others and with ourselves. Cities could be considered as technology, probably the most fascinating one ever created by humans, together with money or agriculture. Fab Cities aims to enable the mass distribution of (almost) everything, while keeping a critical approach and to review to the fundamentals of technology, and what it means for a city and citizens to adopt a transition towards this new urban paradigm. We believe that the convergence of skills and distributed infrastructure can spread new economies that might change how we live, work and play forever.

IMAGINE CITIES EQUIPPED WITH FLEXIBLE FACTORIES, WHICH SUPPLY CHAINS ARE BASED ON LOCALLY-SOURCED MATERIALS FROM WASTE, WHICH CAN MANUFACTURE PRODUCTS DIGITALLY CUSTOMIZED BY CITIZENS.

In order to make possible and scalable such a deep transformation in the urban dynamics, and the extractive relation between consumption and production, we need to establish:

The Fab City Global Initiative has established a 40 year road-map that started in Barcelona in 2014, when the mayor of the city challenged other leaders of the world to develop a new urban model: cities that produce everything they consume locally, while sharing knowledge globally. That challenge has been followed by 17 other cities, regions and countries such as: Detroit, Amsterdam, Bhutan, Shenzhen, Ekurhuleni, Santiago de Chile, Boston, Paris, among others. The Fab City is now a living project being articulated by a distributed network of urbanists, designers, makers, innovators, artists, developers, engineers, and other professionals and enthusiasts around the world, representing institutions such as the Danish Design Center, the Royal College of Arts and Design, the Institute for Advanced Architecture of Catalonia, Waag Society, Parkhuis de Zwijger, Metabolic, Fab Lab Berlin, Fab Lab Santiago, Fab Lab Barcelona, Politecnico de Milano, Incite Focus Detroit, Dark Matter Labs and Fab Lab Bhutan, to name a few.

More on the implications of the Fab City vision is available in the project’s whitepaper: http://fab.city/whitepaper.pdf

After the Paris Agreement during the COP21, there is a real thread for nations to adopt the changes it demands for their economies to transition for a more sustainable and regenerative approach. This is where cities need to be more radical on how to transform local economies and resource management. Cities are the closest power entity to people, where changes could happen more rapidly, and where innovation thrives thanks to density and urban dynamics.

This summer, July 11th to 13th, the annual Fab City Summit will take place in Paris. The event will gather the core team behind the Fab City Global Initiative together with more than 40 city officials, innovation ecosystems from civic society and industry. The Fab City Summit Paris is going to be focused on thematic lines, and will not only consider what needs to be done, what is right or wrong, but will provide a platform for open debate with some of the brightest minds of the world about the future of urban life. The event is organised around three days:

On the week-end following the Fab City Summit (July 14th and 15th), within the Fab Distributed (FAB 14 distributed event), we will host in Paris two days of workshops focused on enhancing the network of Fab Cities and interactions with Fablabs. It will be a great moment to think about what is coming next and how to implement the different strategies. That’s why your presence will be crucial to shape the future of the Fab City initiative.

The event aims to send a new message to the world about possible futures for cities, based on the research and professional practice of the actors that are making it possible.

The Fab City project is being constructed by an international network of innovators, makers, researchers, designers, policy makers and citizens to foster a new urban model for cities to produce locally what they need to sustain human activities, while sharing globally information and knowledge in a collaborative approach. The project, launched by IAAC | Fab Lab Barcelona, MIT’s CBA and the Fab Foundation in 2014, emerges from the science of cities developed in Barcelona during the last 150 years (when Cerda’s General Theory of Urbanization was published), and the technology leadership concentrated in Boston until it spread out to the international Fab Lab Community during the last 15 years (when Fab Labs started in collaboration between CBA and NSF). The Fab City pledge launched by the City Council of Barcelona for cities to produce everything they consume by 2054, has been followed by other 17 cities, regions and countries.

Today, the Fab City Collective is a distributed organisation, that is establishing its legal structure in Europe, but that operates globally with other institutions and governments in order to empower the local maker community to be more impactful in the transformation of their urban and non-urban environment.

The Fab City project aims to engage the global maker and innovation movements towards the accomplishment of the COP21 agenda and to achieve the Sustainable Development Goals of the United Nations. 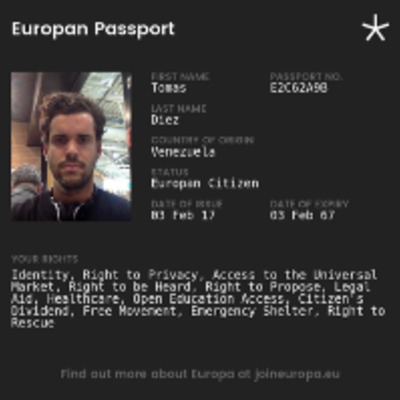