Ted: The Latest Architecture and News

An Interview with TED Founder and Architect, Richard Saul Wurman

Richard Saul Wurman is one of the most influential architects of our time; a remarkable achievement for someone whose passions and explorations extend far beyond the traditional realms of the profession. Wurman’s lifelong pursuit of the misunderstood, the unknown, and the unexplored, has offered a litany of contributions to the wider world, from the highly-acclaimed TED Conference, which he founded in 1984, to signature theories such as LATCH and Information Architecture. Born in 1935 in Philadelphia, an architectural alumnus of the University of Pennsylvania, he has counted Louis Kahn and Charles Eames among his mentors, and Moshe Safdie and Frank Gehry among his great friends. 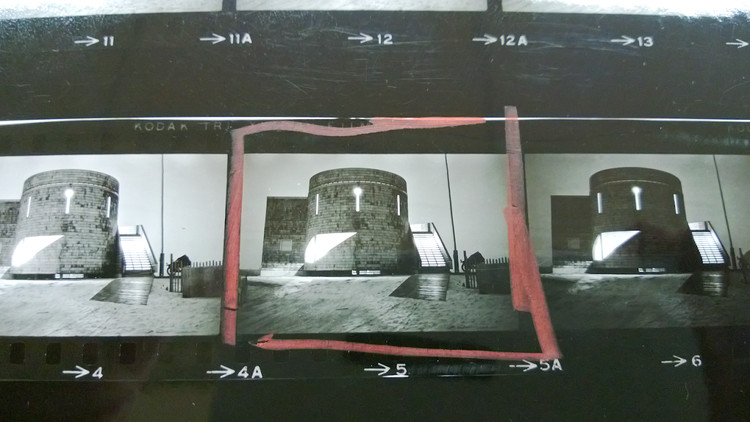 DBR presents PAUSE a competition in partnership with TED2017 ‘The future you’. This year TED is making the conference more explicitly personal. We are questioning what individual space looks like; the personal and private; the open and closed. How do we design an environment and experience that is nurturing, human, satisfying, and exciting?

Could you be one of TED's first Residents? TED is offering a new space in their New York SoHo headquarters for a brand-new program: TED Residency. Searching for creative individuals who believe their work deserves more exposure and can benefit from interdisciplinary interactions, the TED team will give each resident a chance to develop their idea for four months with the support of their team. If chosen, you will be provided an office space, technical assistance, and an opportunity to present your idea in the TED theater.

Submissions are due February 24. This year's residency program will run from April 1 to July 31. Apply here! 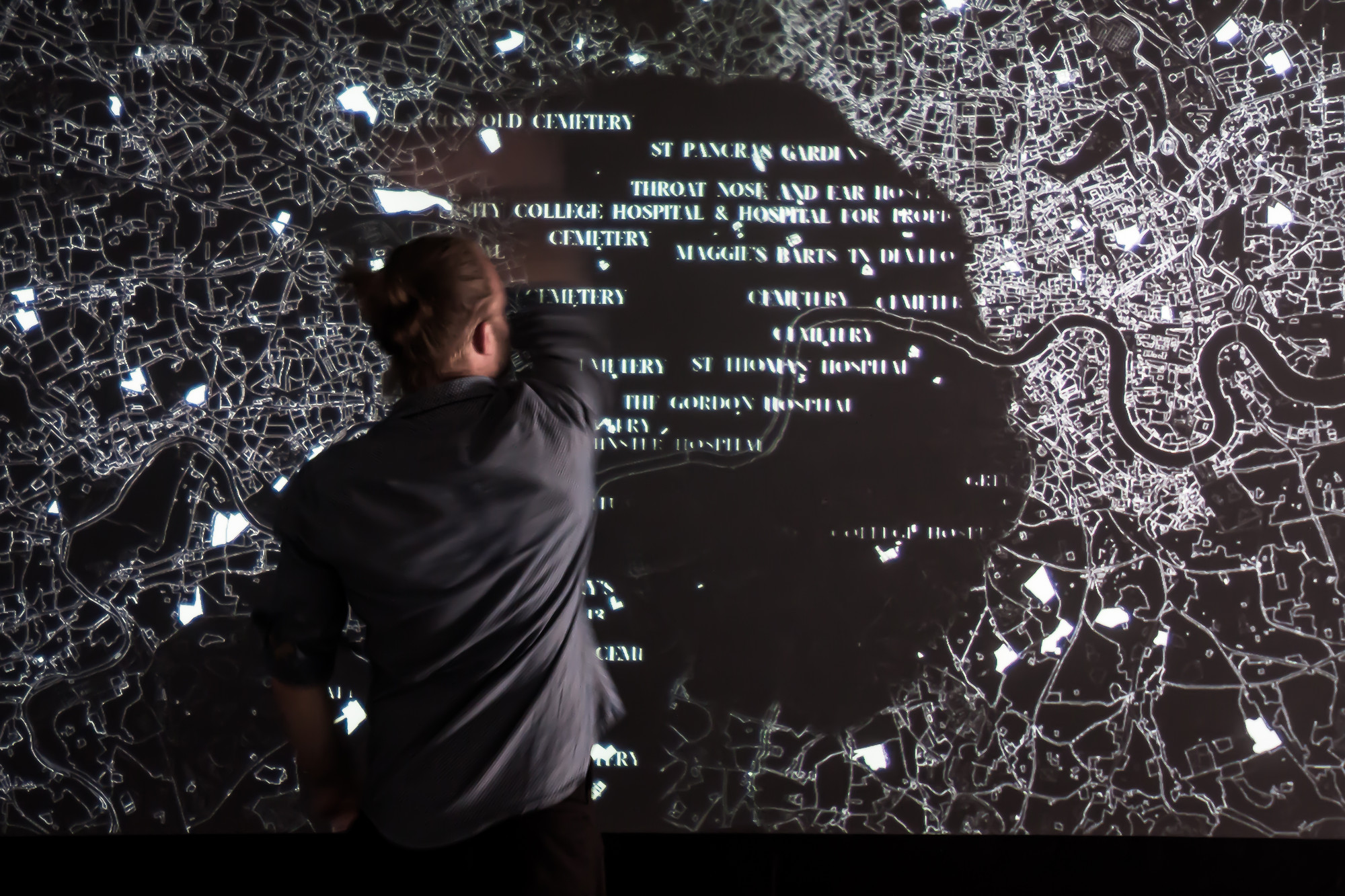 3-D printing is slow; it’s really just “2-D printing over and over,” says chemist and material scientist Joseph DeSimone. Addressing the three main issues that has prevented 3-D printing from being a mainstream manufacturing process - time, structural and material limits - DeSimone has unveiled Carbon3D at TED2015. A process inspired by the T-1000 from Terminator 2, Carbon3D uses light and oxygen to continuously (and quickly) grow parts out of a vat of liquid resin using a new technology known as CLIP - Continuous Liquid Interface Production. While the process’ potential has been immediately correlated with the medical industry, one can only imagine its effect on manufacturing as a whole.

TED Talk: My Architectural Philosophy? Bring the Community Into the Process / Alejandro Aravena

“If there is any power in design, that’s the power of synthesis.”

In this TED Talk Chilean architect Alejandro Aravena, the founder of ELEMENTAL, speaks about some of the design challenges he has faced in Chile and his innovative approaches to solving them. Emphasizing the need for simplicity in design, Aravena talks about three of his projects: the Quinta Monroy social housing project, through which he developed the “half-finished home” typology for governments to provide quality homes at incredibly low-prices; his “inside-out” design for the Pontifical Catholic University’s Innovation Center UC – Anacelto Angelini, which reduced energy costs by two-thirds; and lastly his masterplan for rebuilding a resilient coastline in Constitución Chile after the city was hit by the 2010 earthquake.

Aravena also emphasized the importance of community participation in his projects, saying: “We won’t ever solve the problem unless we use people’s own capacity to build.” Watch Aravena’s full talk above and take a peek at some of his key projects below. 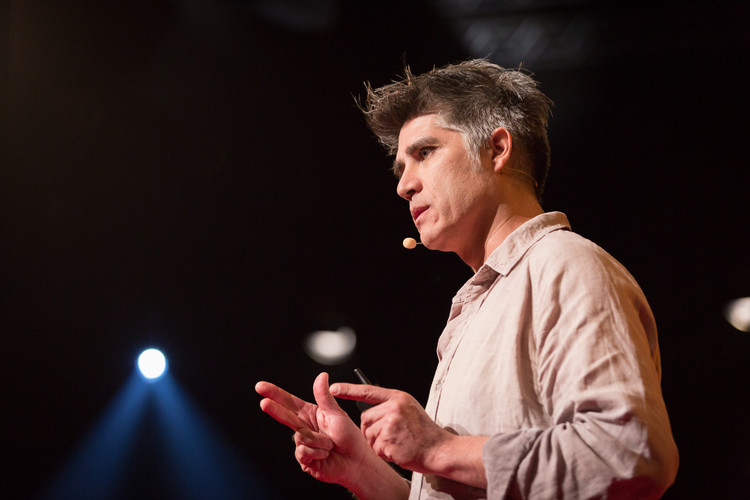 Eight Ideas for the Future of Cities

In 2012, the TED Prize was awarded to an idea: The City2.0, a place to celebrate actions taken by citizens around the world to make their cities more livable, beautiful and sustainable. Now, on the newly relaunched TED City2.org website, you can find inspiring and informative talks on topics like housing, education and food, and how they relate to city life. Preview a sampling of these city centric talks, featuring eight ideas for the future of cities, here.

ArchDaily's Most Useful Articles of All Time

As summer draws to an end and we enter into the last quarter of 2014, we decided to round-up a selection of the most useful articles we've published over the past three years. Ranging from The 40 Architecture Documentaries to Watch in 2014 to The 10 Most Overlooked Women in Architectural History, we've also brought together app guides, career tips, and city guides. Alongside links to open-source CAD files and cut-out people, we've also featured book recommendations, study tips, and links to our complete coverage of some of the world's major architectural events and prizes. Delve into our collection and discover what our readers have found most useful!

The world is experiencing exponential growth and Rio de Janeiro, a true megalopolis of six million people, is a prime example. Thus, TEDGlobal 2014 has announced they will be “setting up shop” in Rio’s Copacabana Beach theater in the search to find “fresh thinking” in emerging geographies.

More than 40 speakers and performers have confirmed their attendance, each focusing on the “many facets of the Global South’s rise in influence and power” and relevant new stories from around the world.

Amanda Burden, former animal behaviorist turned New York’s chief city planner, has discovered what makes cities desirable: great public spaces. During her time with the Bloomberg administration, Burden oversaw the fruition of the city’s most transformative public projects, including New York’s beloved High Line. In the video above, she reveals the many unexpected challenges of planning (and maintaining) parks people love, and why it is so important for cities to have great public spaces.

TED Talk: How to Build with Clay... and Community / Diébédo Francis Kéré

In this TED Talk, Aga Khan Award-winning architect Diébédo Francis Kéré explains how to build a community with clay. With his firm Kéré Architecture, the Burkina Faso native has achieved international renown by using local building materials and techniques to engage and improve local expertise. Watch as explains how he applied his personal success to benefit the small African village he grew up in.

In this TED talk, architect and urbanist Teddy Cruz urges us to rethink urban growth. Sharing lessons from the slums of Tijuana, Cruz denounces the “stupid” and consumption-driven ways in which our cities have been expanding and declares that the future depends on the reorganization of social economic relations.

TED2014 commenced yesterday at the Vancouver Convention Center within a temporary 1200-seat auditorium designed by David Rockwell. Built from 600 wood components, and assembled in just 4.5 days, the pop-up theater was designed to be easily disassembled and reused by TED for years to come. Viewers are presented with sixteen seating options, from beanbags to lounge seating and traditional theater chairs, to ensure they are provided with the optimal listening, and sharing, experience. More images and a time-lapse video of construction, after the break.

In 2007, Oklahoma City was ranked the most obese city in America. The heavy news caused the city’s - at the time - overweight mayor, Mick Cornett to take a hard look at himself and his city. He realized that the city he deemed great, was only great if its citizen was the car.

TED Talk: Architecture at Home in its Community / Vilalta Architects

In this TED Talk, Xavier Vilalta of Vilalta Architects walks through the design of two projects: a multistory shopping mall in Addis Ababa, Ethiopia and a multi-family apartment complex in Tunisia. Each is a prime example of how harnessing nature and referencing local traditions can allow architecture to naturally grow from its surroundings and become an integral component of the city.

Iwan Baan's recent TED talk on ingenious informal settlement 'architecture' became instantly popular, clearly striking a chord with people across the globe. The lecture has been called everything from heartwarming to condescending, but for Parsons graduate students Meagan Durlak and James Frankis it was reaffirming. Durlak and Frankis have spent time working in Sao Paolo's favelas and understand that finding a balance between the good and the bad is key to the revitalization of these settlements. This article, originally published in Metropolis Magazine as "Response to Iwan Baan's TED Talk," journals some of their experiences working in South American slums, and why we need to stop treating those slums as a blight.

Meagan Durlak and I were excited to see the TED talk by architectural photographer Iwan Baan on the ingenuity found within informal settlements. In his presentation he walks us through a range of communities across the world, capturing many such settlements, including houses above a lagoon and a repurposed office block.

Baan’s view of informal settlements resonates with our own work; it’s an under-told story that we very much applaud. He shows an overview of people’s lives and their unique methods for adapting to difficult conditions. Perhaps as interesting as his film are the reactions to it from TED viewers. Many found the innovation in informal settlements to be inspiring and heartwarming; others claimed that this talk is just a life affirming story for the rich 1% of the world, perpetuating inaction for areas which need immediate aid. The two sides of the argument reminded us of our own work and the battles we have gone through in trying to wrap our heads around the systems of informal settlements, as well as the difficulties we have had in explaining their hidden properties to others.

How do we solve the problem of the suburbs? Urbanist Jeff Speck shows how we can free ourselves from dependence on the car - which he calls "a gas-belching, time-wasting, life-threatening prosthetic device" - by making our cities more walkable and more pleasant for more people.