Cnc: The Latest Architecture and News

The construction industry has experienced severe changes in recent decades. Historically, it counted on abundant labor and a false notion that natural resources were infinite, but nowadays the sector has struggled to find innovations that will allow it to become more sustainable, especially considering its enormous impact and importance in the world. In addition, the recent Covid-19 pandemic changed several factors and dynamics, demanding creativity from designers to overcome challenges. In some cases, the design process itself became subject to changes. The S'Winter Station project, developed by students and teachers of Ryerson University's Department of Architectural Science, is one of these examples which relied on existing visualization and manufacturing technology for its completion.

How to Design and Build a Wooden Structure with Hidden Joints

New technology in digital building, particularly Computer Numerical Control (CNC) systems, are changing the way that we design and build wooden structures. Their high level of precision allows us to design perfect assembles--without screws or visible metalwork--resulting in structures that are durable, easy-to-build, and extremely well-organized. We spoke with the experts at Timber to better understand the process of building a wooden structure and to compile a list of key tips in designing one. 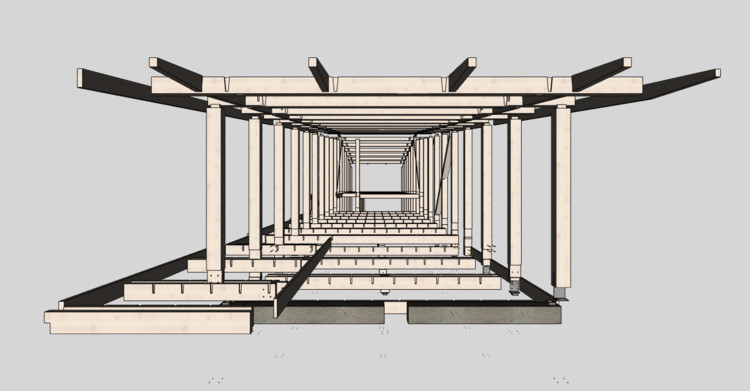 These CNC Prototypes Were 3-D Mapped From Natural Forms

Anoma, headed by EDIDA-winning Indian artist Ruchika Grover, is a product design studio that explores the potential of natural stone. Its surfaces, sculptures, and installations, are created through a unique process, which combines digital manufacturing and traditional hand craftsmanship. 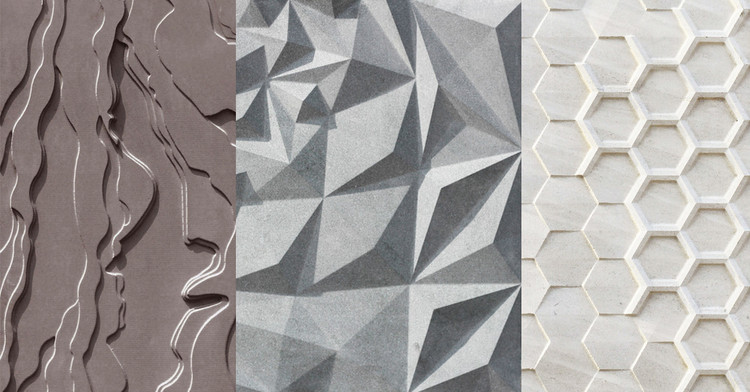 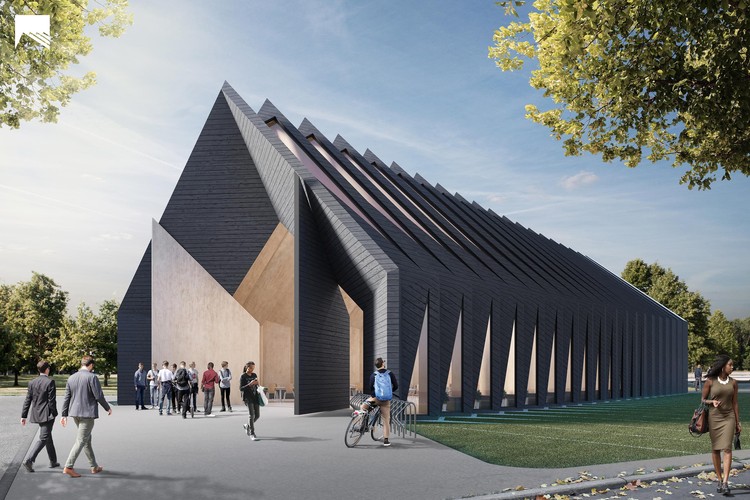 FAB FEST is a week-long celebration of design and making, hosted by the Fabrication Lab at the University of Westminster. For the third year running, it invites creative designers from around the world to envision and build their ideas about architecture and the city. It will feature over 80 pavilions and installations designed internationally, manufactured in the Fabrication Lab, and assembled and installed in Central London.

Out of 200 applicants, London-based Gilles Retsin Architecture won the Tallinn Architecture Biennale 2017 competition with their temporary outdoor installation. Participants were challenged to use the fabrication abilities of Estonian wooden house manufacturers in a new and creative way. Jury member Martin Tamke said the Retsin proposal is, “characterized by outstanding aesthetic and intellectually challenging, as it questions current beliefs and trends in architecture." 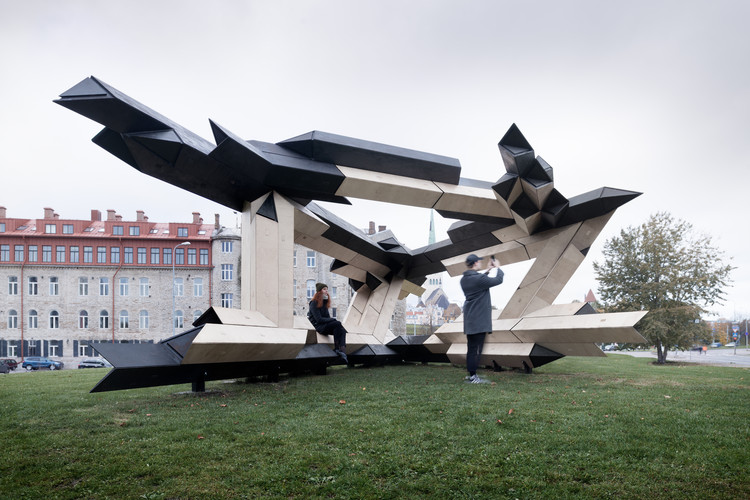 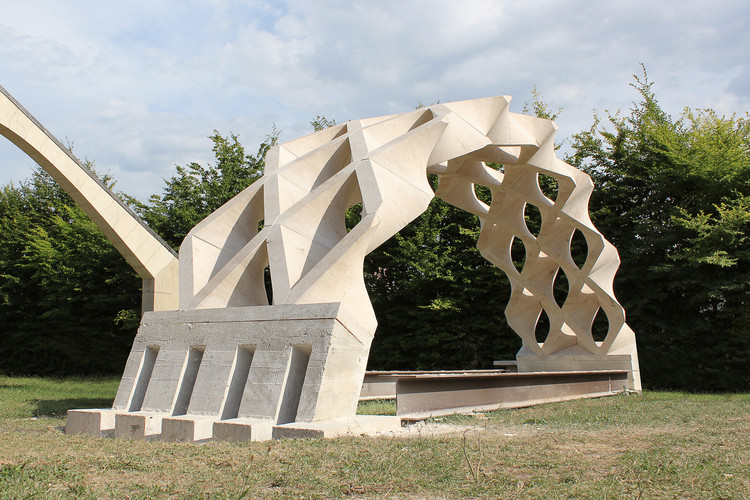 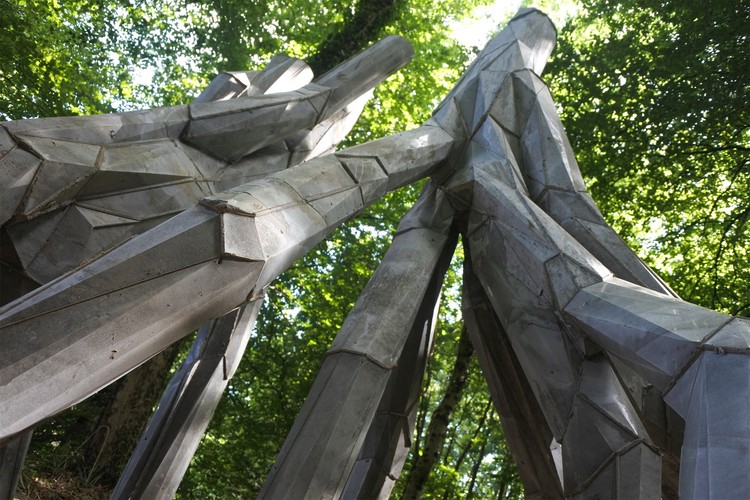 MawsonKerr Architects' Low Rise High Density has been selected as the winner of the RIBA Journal Sterling OSB Habitat Award. The house proposal, in the Byker area of Newcastle-upon-Tyne, uses prefabrication and CNC techniques to confront issues of substance abuse and addiction. 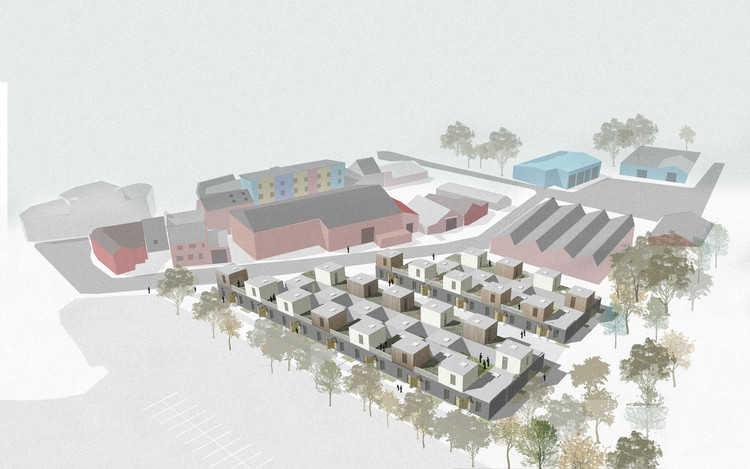 Video: How to Build Your Own Spiral Staircase Using a CNC Router

In this video, Ben Uyeda of HomeMade Modern demonstrates how to build a sleek, contemporary spiral staircase using just a standard schedule steel post, plywood and a CNC router (along with a healthy amount of wood and construction glue). To build the staircase, Uyeda uses the CNC to cut out 12 shapes of incremental size from a plywood sheet, which he then stacks and fits around the post to secure into place.

HomeMade Modern has also made the CAD files available for free, so handy woodworking types can attempt the construction themselves.

7 Futuristic Fabrications Leading Us Towards a Newer Architecture

Swept up in an age of digitization and computing, architecture has been deeply affected in the past decade by what some critics are calling “The Third Industrial Revolution.” With questions of craft and ethics being heavily present in the current architectural discourse, projects taking advantage of these new technologies are often criticized for their frivolous or indulgent nature. On the other hand, there has been an emergence of work that exemplifies the most optimistic of this “Third Industrial Revolution” – an architecture that appropriates new technology and computation for the collective good of our cities and people.

We’ve collected 7 of these projects, ranging from exemplars of engineering to craft and artistry; projects that 80 years after Le Corbusier’s modernist handbook hint at a further horizon – towards a newer architecture.

EmTech TWISTs Plywood at the Timber Expo in Birmingham

Emergent Technologies and Design Programme (EmTech) at the Architectural Association School of Architecture in London has recently exhibited their project, The TWIST at the Timber Expo in Birmingham. The project is an experimentation in the properties of milled plywood, developed throughout 1:1 tests. Through these experiments, The TWIST seeks to gain full control of the material properties, developing articulated surfaces with the variable orientation of its elements. Read more about the project after the break.

Students from the Pratt Institute have created a wall of concrete blockwork... but not like any you've seen before. Challenged by their tutors Lawrence Blough and Ezra Ardolino to produce something highly customized from something highly standardized - the 8-by-8-by-24-inch AAC brick - the students used Rhino software and a CNC miller to create a 96-block screen wall composed of 20 different block profiles. “The earlier stuff I’d done was trying to use as much off-the-shelf material as I could,” said Blough. “Here we decided to really push it, and to take on more of the ideas of mass customization." Find out more about the project at the Architect's Newspaper Fabrikator Blog.

5-Axis Milling: The Next Level In Accessible, Versatile Digital Fabrication

The 5AXISMAKER is a desktop 5-axis multi-fabrication CNC machine that hopes to expand the possibilities of digital fabrication by making it cheap and more versatile. Should the project receive backing on Kickstarter before the 27th October 2014, the possibility of 5-axis milling will become an affordable reality for manufacturing complex design prototypes. The product in development "provides a large cutting volume for it’s size, therefore producing "generously sized objects." Developed by graduates of London's Architectural Association, they hope to "shake the manufacturing world with new ways of fabricating using industrial robots right at your desk."

"Our research integrates computational form-finding strategies with biologically inspired fabrication", claims the 'about' page of MIT Media Lab's Mediated Matter Group. Though this may sound like run-of-the-mill architectural boasting, you are unlikely to find any more exemplary combination of scientific research, digital design and biomimetic construction than their recently completed Silk Pavilion. 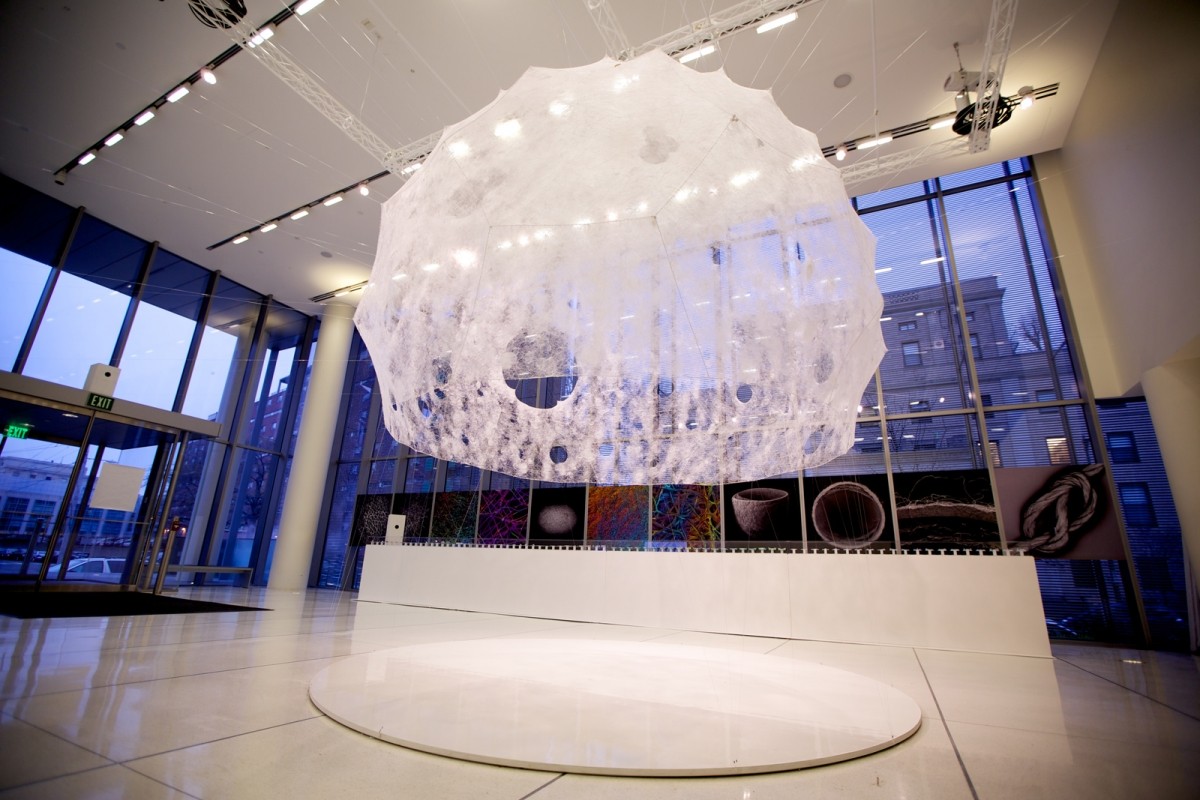 In this talk at TED 2013, WikiHouse co-founder Alastair Parvin elaborates on some of the ideas which he presented in 2012. WikiHouse is his project to create an open-source library of houses which can be downloaded, manufactured with a CNC machine and assembled in a day - an idea which he hopes will democratize the production of housing and the city as a whole - as he puts it, "In a way it should be kind of obvious that in the 21st century maybe cities could be developed by citizens".