Pristina: The Latest Architecture and News 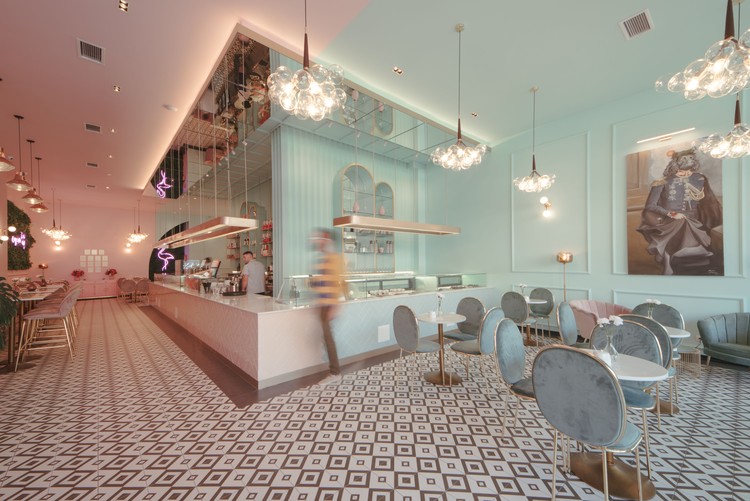 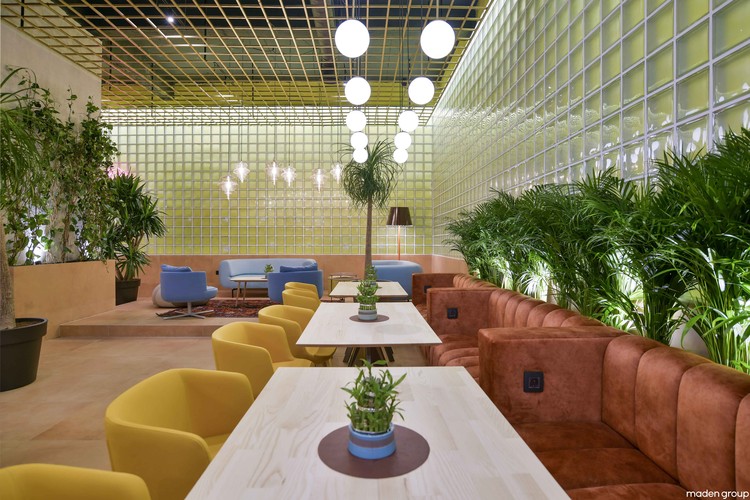 The Yellow Pavilion / Architecture for Humans 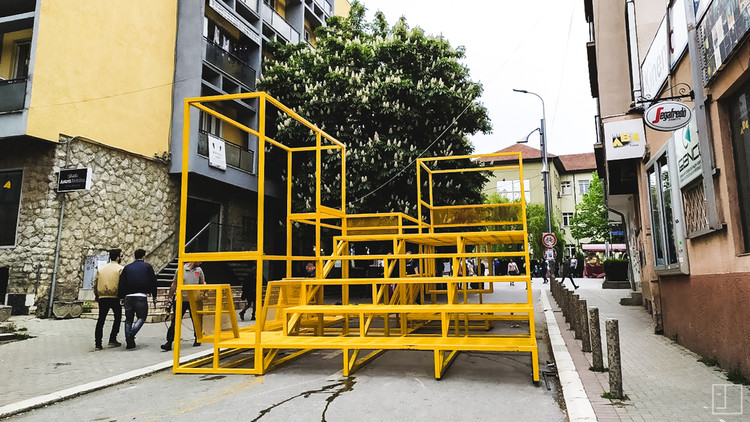 Istanbul based Tabanlioglu Architects have designed a new national stadium for Kosovo. Located in Drenas, the 30,000-seat stadium will be built 12 miles from the country's capital of Pristina and become the new home for the Kosovo national football team. Made to bring people together, the urban project aims to reflect the contemporary culture and multi-ethnic identity of Kosovo. 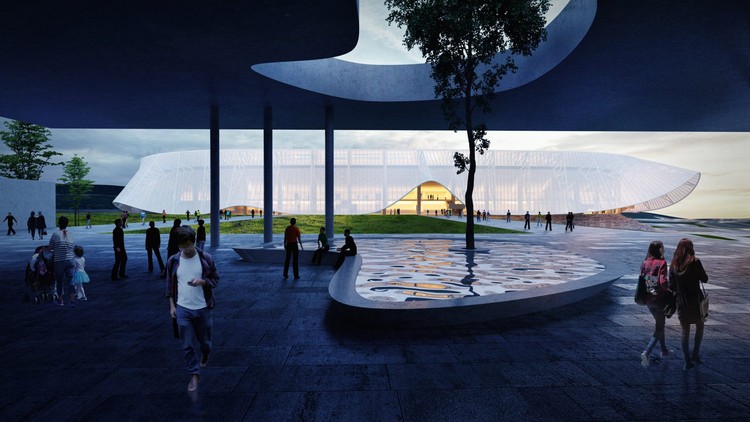 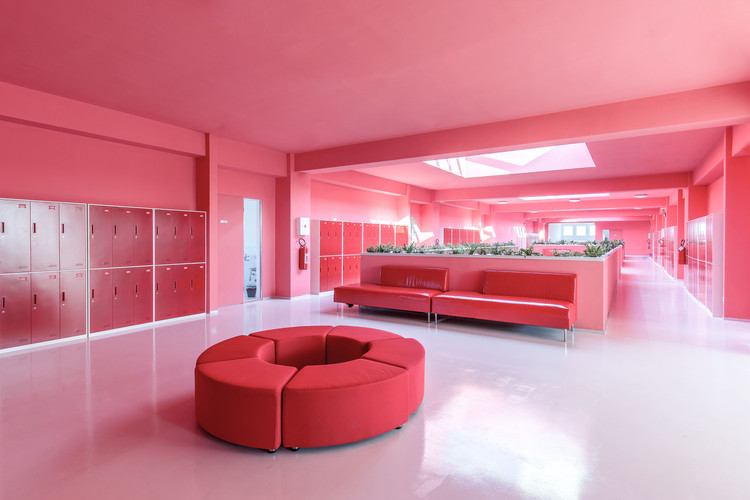 As the demand of a sustainable lifestyle increases, cities are trying to find strategies to create environmentally friendly communities. From passive designs to recycled materials, architects are turning their attention to climate change and trying to find solutions through architecture and design.

The Zero Emission Neighborhood is an eco-village concept proposed by Architecture for Humans in the city of Pristina, Kosovo. The concept ensures optimum sustainability for the entire community through “zero emission” buildings, passive design strategies, active solar systems, and energy efficient appliances.

The competition isn't over yet as the jury for the Central Mosque of Pristina Competition has announced two second place prizes and no winner. Organized by the Islamic Community of Kosovo, the competition seeks to create a place "where understanding, humanity, tolerance, respect and sincere love shall be cultivated." Slovenian firm SADAR+VUGA was one of the two teams awarded second prize with their project 21PR22. Follow us after the break to learn more. 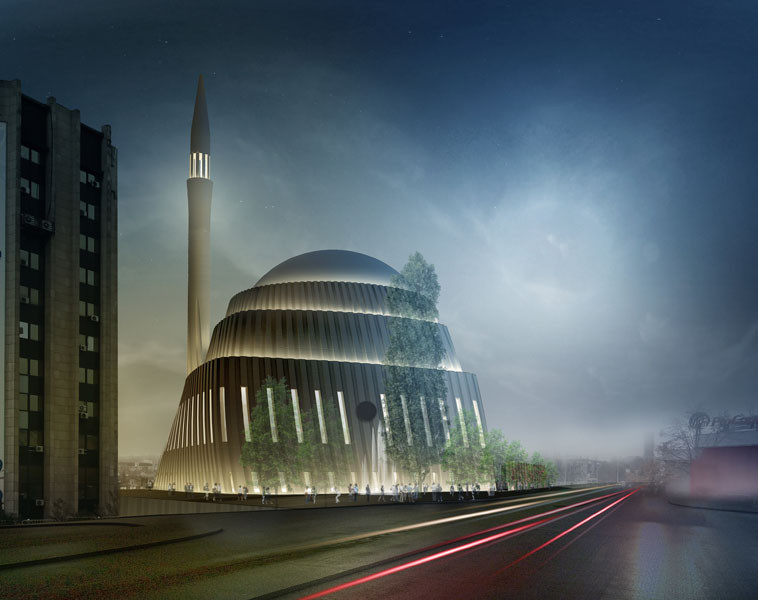 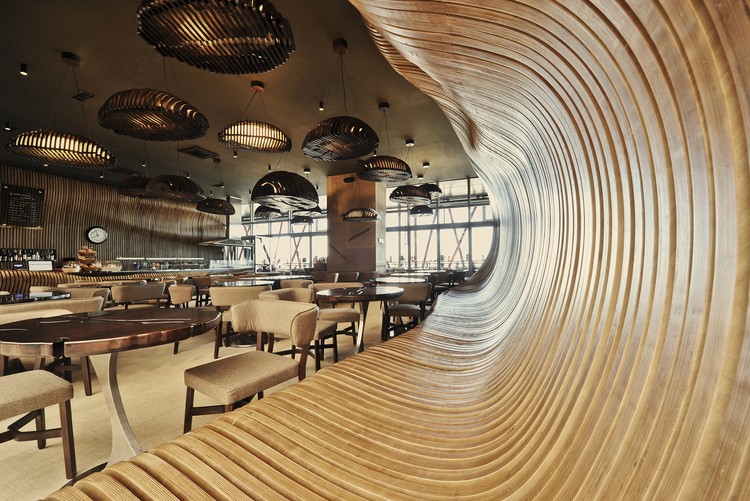 In this proposal for the Central Mosque of Pristina, Asar Consulting Engineers decided to use the traditional mosque components for a kind of new mosque design in a new form and a different combination to make it more fitting for its time and location. This new combination is done with the aim of keeping the functional value of different components and increasing their efficiency. One of the elements of mosque architecture which can’t be separated from this design is green and open space. This space is so important that it should become an element at the entrance of the mosque. More images and architects' description after the break.

The idea behind the design by Invert Studios (Victoria Stotskaia, Raof Abdelnabi, Kamel Lokman Salem) for the Central Mosque of Pristina started with a very simple question:How can we can design a building that should play in harmony with the surrounding neighborhood, integrated with the urbanity, and for a very powerful reason want to stand out as a futuristic icon for the city? By proposing a design that is not conventional and common, and in an effort to change the way the public perceives mosques external shapes, they created an example of a world class building that reflects the Islamic Architectural Heritage. At the same time, this building stands out with a high technology character. More images and architects' description after the break.

Designed by Tarh O Amayesh, their proposal for the Central Mosque of Pristina, the fundamental principal of the project comes from the definition of Mosque, which is a place for praying and going from body to soul. The prayer is someone who connects the earth to the sky, while the mosque is a space for the becoming. Becoming is a symbol of movement and movement is the source of the mosque (the house of god). This plan is shaped in this framework as the mosque is a symbol of ascending sprit from soil to the sky, from city to the Kiblah. More images and architects' description after the break.

The idea behind the proposal for the Central Mosque of Pristina comes from the first religious needs and the study of the earliest styles of mosque architecture in Kosovo. Designed by Maden GROUP, the concept is to convey tradition through contemporary architecture while combining in the best mode of architecture and religious rules. Therefore, the architects developed in geometric foundations, by combining simple geometrical elements. More images and architects’ description after the break.

Designed by APTUM Architecture, their proposal for the Central Mosque of Pristina, titled MI’RAJ, is about a journey of ascension to prayer and the spatial experience that evolves. As the ascension to prayer begins, a sequence of events unfolds. As a result of the Islamic community of Pristina searching for a unifying symbol and identity that can bring together many disparate mosques scattered throughout the city, the proposal harnesses that need and brings together a sense of place and provides public space for the greater good of the community. More images and architects' description after the break.

Designed by Taller 301 and Land+Civilization Compositions, their main idea for the Central Mosque of Pristina is to re-interpret the elements that constitute the Mosque, without pushing the limits of the already established principles of Islamic Architecture. Located in Kosovo, a country rich in tradition and has confronted tough issues in recent years, the project intends to look back, and to see the way forward. More images and architects’ description after the break.