The Hamptons are defined by a storied past. As wealthy New Yorkers were drawn to this part of Long Island’s South Fork for the last century and a half, they increasingly built a series of exclusive and luxurious homes. Today, new residences along the coastline are some of the most expensive properties in the United States. As summer homes and vacation getaways, many of these residences are designed as private retreats surrounded by nature. 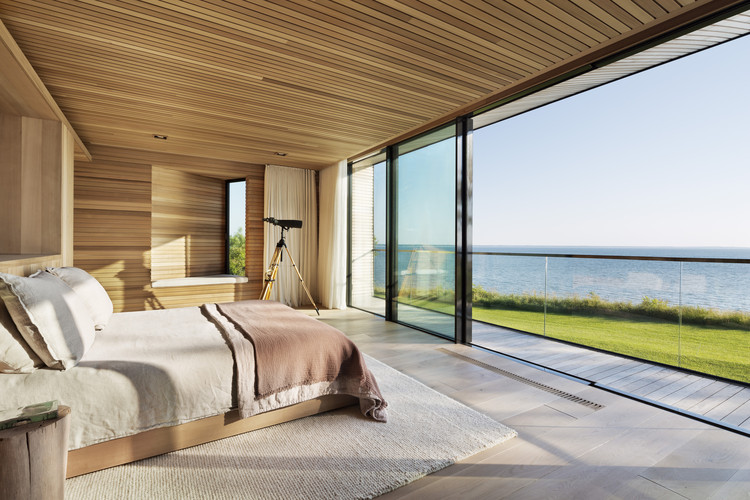 Architecture practice REX has unveiled the final design for their mirrored Necklace Residence project overlooking Long Island Sound. After winning the competition for the project in 2013, the firm has made a series of changes to their plan. The design includes five private family homes for a husband and wife, their four children, and each of their children's families. Made to be experienced autonomously and as part of a larger whole, each home rethinks archetypal American houses. 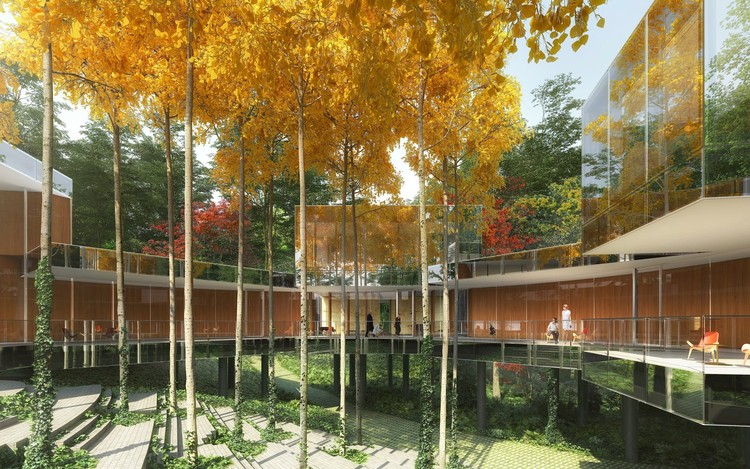 At just 1,310 feet (400 meters) across at its widest point, Fire Island, a barrier island to the south of Long Island in New York, may not seem like an ideal place to host a community. Nonetheless, the island is home to a number of small villages, whose seclusion and proximity to the ocean make them popular getaway locations. With its beach atmosphere (the community is only accessible by ferry) and its growing reputation from the 1960s onward as a safe space for the gay community, Fire Island Pines is one such popular summer destination. As the village grew in the post-war years, the care-free recreational lifestyle encouraged by Fire Island Pines' setting was an ideal proving ground for many of the ideals of mid-century modernist house design, with architects such as the prolific Horace Gifford—who designed 40 homes in Fire Island Pines alone—answering the call. 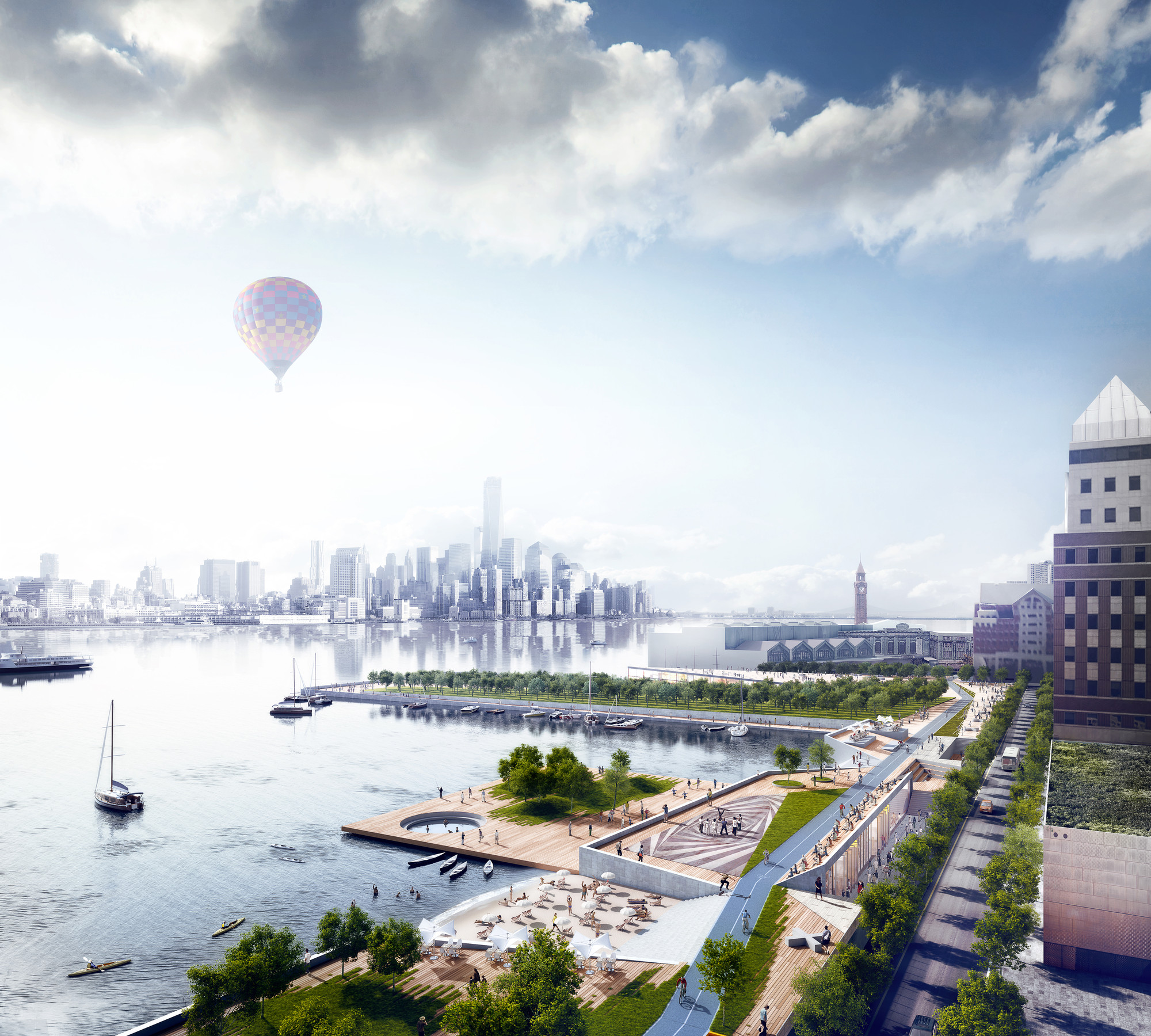 Long Island’s downtowns have more than 4,000 acres of surface area dedicated to parking lots. That’s roughly 6.5 square miles of prime real estate, a phenomenon quite common in most American cities. When necessary, these lots are often exchanged for a standard “set of concrete shelves” that share little to no connection with their surroundings. This leads to the question, why must parking garages be so monofunctional and, well, ugly?

See what they came up with, after the break...

Operation Resilient Long Island (ORLI) has just announced the winners of its 3C: Comprehensive Coastal Communities ideas competition. Entrants were asked to design solutions that were not just resilient but also contextually sensitive and pragmatic to the devastating aftermath of Super-storm Sandy as well as all future natural disasters. Over 60 submissions were received from 20 different countries and 32 finalists were engaged in a public education strategy through a public voting campaign. A jury panel of eight leading professionals in the fields of architecture, urban planning and disaster mitigation met in mid-September to review the top finalists and selected 3 winners. 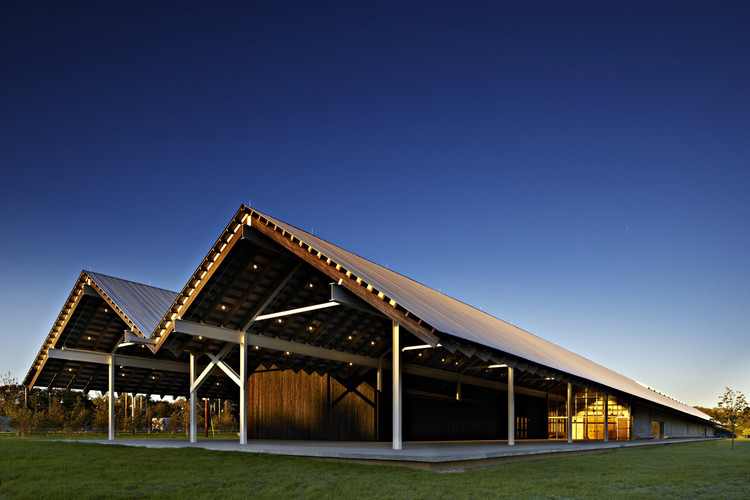 The relationship between social dynamics and architecture has always been intimate. It is a constant dialogue between social norms and politics, stylistic trends and aesthetic choices, individual preferences and the collective good. The Modernist Period was a time when architecture took on the challenge of many social problems. In all the arts – architecture, design, music and film – the period was highly politicized and the choices often gave way to a utilitarian ideal that was a hybrid of efficiency, simplicity and comfort. Jake Gorst’s new film Modern Tide: Midcentury Architecture on Long Island, supported by Design Onscreen, is a message of preservation that takes us through the history of the modernist housing boom that took place on Long Island, NY in the period between the Great Depression and the 1970s.

On August 14th, Cook+Fox Architects hosted a private film screening at their office on 641 Ave of the Americas, presenting the treasures along the island’s shore that have fallen between the cracks of history. The film looks at works from Albert Frey, Wallace Harrison, Frank Lloyd Wright, Marcel Breuer, Philip Johnson, Charles Gwathmey, Barbara and Julian Neski and many others.

Follow us after the break to catch up on the history of the development of these houses on Long Island.

Richard Meier & Partners is pleased to announce the anticipated reopening of the Richard Meier Model Museum in Long Island City on Friday, May 13, 2011. Offering a rare glimpse into the process behind his distinguished 40-year career as an architect, Mr. Meier is once again unveiling his vast breadth of works to the public for its fifth consecutive season.

Further information after the break.

For Thomas Phifer + Partners’ latest residence, the firm takes inspiration from the envisioned Long Island site’s proximity to the water. The seemingly repetitious simplistic form is actually one continuous surface that undulates to carve spaces underneath it.

More images and more about the residence after the break.

New Zealand architect, Tim Stephens, shared his Huntington Urban Farm design with us. The farm responds to the lack of support for the sustainable practice of growing and cultivating one’s own food source, an important issue Stephens sees as becoming more prevalent as our population increases. The farm provides convenient access to individualized plots of land where users can produce their own food right in the middle of the town.