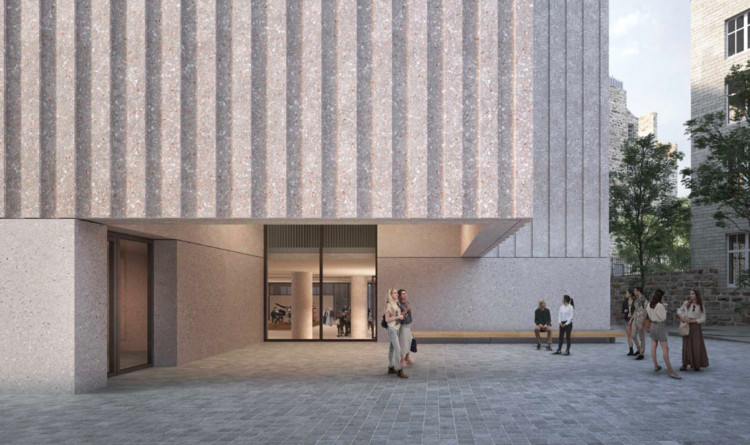 In a pro-bono move to help spur revival in Margate, David Chipperfield Architects independently conceived a hostel addition to the firm's Turner Contemporary art gallery in Margate. Dubbed the Turner Rooms, the design is made to help grow the vision of the gallery and secure its financial future. Sited on the Margate waterfront, the proposal offers new ways for people to engage with the gallery and the town through a 100 room waterfront hostel. 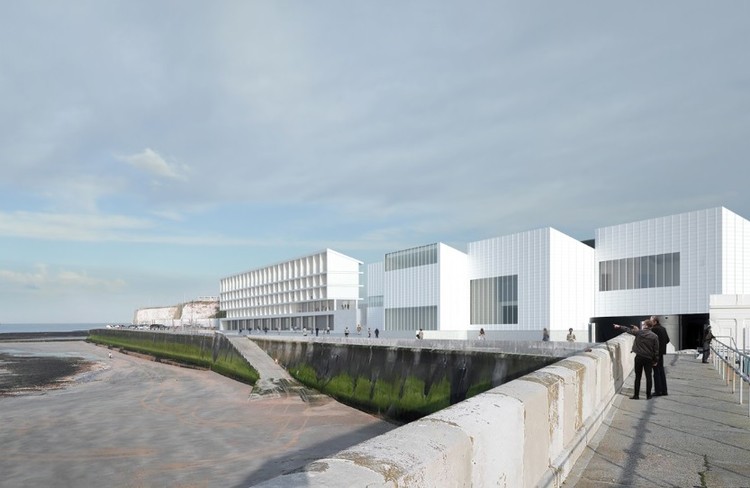 Immerse Yourself in These Unbelievable Modernist Visualizations

Cape Town native Alexis Christodoulou is a winemaker by day but also dabbles in the art of 3D visualization. His Instagram (@teaaalexis) is a striking composition of intricate spaces rich with color, light, and materiality. Crafted entirely from scratch, each of Christodoulou's digital worlds appears to be influenced by many of the modernist masters. In a recent interview with Curbed, Christodoulou lists Aldo Rossi, David Chipperfield and Le Corbusier among his inspirations.

Much has been said about the new "Instagram aesthetic." Put that together with the emerging role of Instagram and other social media platforms in the design process, and the result is a new type of digital art form. Christodoulou's page is the creative collection of a year-long personal challenge to regularly create and publish images of his own fantasy worlds, which has resulted in a community of nearly 20K followers.

Get lost in more of the images below.

Amorepacific, Korea's largest beauty company, occupies a site in the centre of Seoul, Korea. Their headquarters was designed by David Chipperfield Architects as a single clear volume, with large urban openings and a central void. In the middle of a bustling downtown landscape, the building strikes a bright, open figure.

The Amorepacific HQ took three years to complete and opened in 2017. The firm described the building as "abstract and gestural," with hanging gardens that provide dramatic views over the city and the mountains in the distance. The design echoes aspirations of mediating between local and global, private and public, collective and individual, formal and informal. Laurian Ghinitoiu captures the identity of this dynamic headquarters. 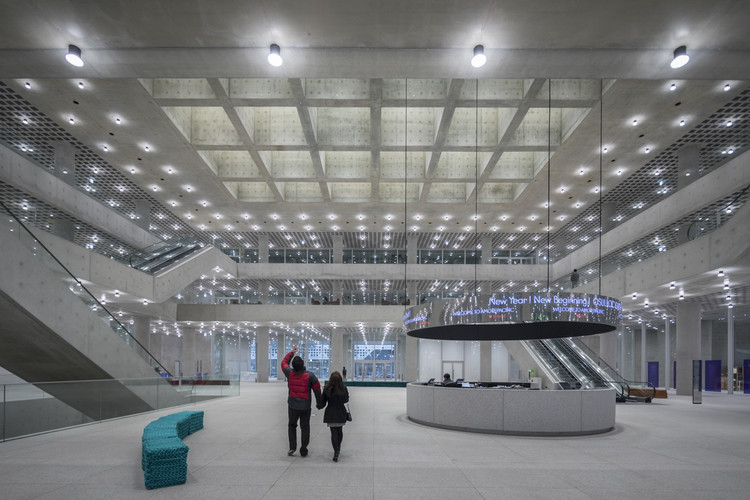 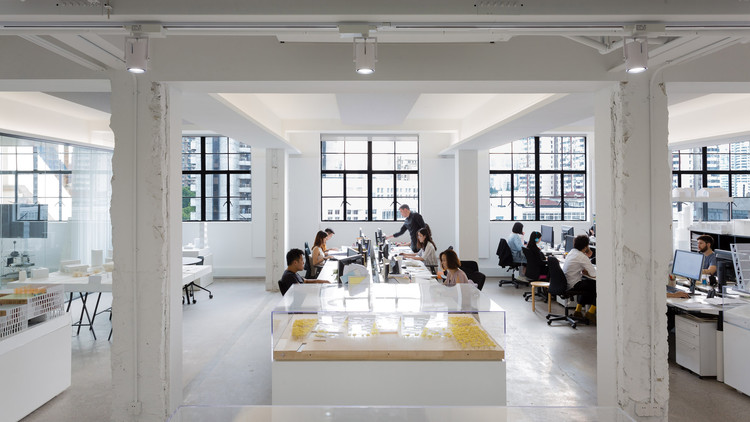 The Minneapolis Institute of Art (MIA) has selected David Chipperfield Architects to lead the design of a new masterplan for the museum that will “enhance the visitor experience and to expand the community’s access to the museum as a community resource.”

The planning process will aim to diagnose potential improvements and provide a conceptual solution for a long-term growth plan for the Museum. Several pressing needs have already been identified, including improved parking facilities, additional art storage and increased and improved public gathering spaces. The Museum also hopes to question the current visitor circulation, as well as consider upgrades to their restaurant and auditorium.

David Chipperfield has been selected to lead a multi-million dollar restoration of Venice’s Procuratie Vecchie, a monumental building located on one edge of the city’s most famous square, Piazza San Marco, reports the Telegraph.

The city’s longest building, stretching 500 feet along the square, Procuratie Vecchie will be transformed into a venue of art exhibitions and seminars, as well a the home of a philanthropic institution with the mission of supporting vulnerable groups of people such as refugees. Its completion will mark the first time in 500 years that the public will be able to access the building.

David Chipperfield Architects has revealed the design of the newest home of the Centre Pompidou, the West Bund Art Museum in Shanghai. The Parisian institution revealed the details with the announcement of a 5-year deal with the West Bund Group to stage exhibitions in the museum beginning in 2019. Approximately 20 exhibitions – including a focus on contemporary Chinese art – will be included in the deal, described by the Centre Pompidou as "the most important long-term cultural exchange project” between France and China. 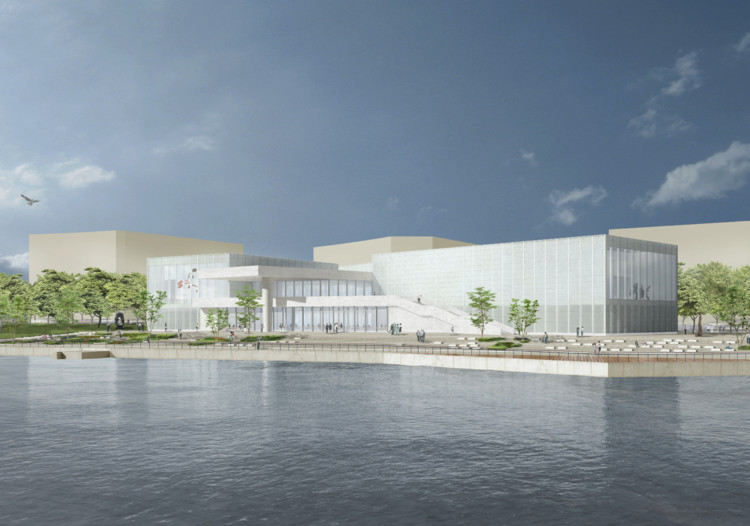 London’s Royal Academy of Arts has announced plans for a new permanent architecture-specific gallery and the creation of two new international architecture awards as part of the RA’s mission to “garner a wider appreciation and understanding of architecture, bringing to the fore its vital relationship to culture and society.”

The new architecture space, along with a cafe, will be housed within the Dorfman Senate Rooms in Burlington Gardens, allowing the academy to show architectural exhibition year-round. The architecture rooms join wider renovation plans led by David Chipperfield Architects that will also include a new naturally-lit theater. 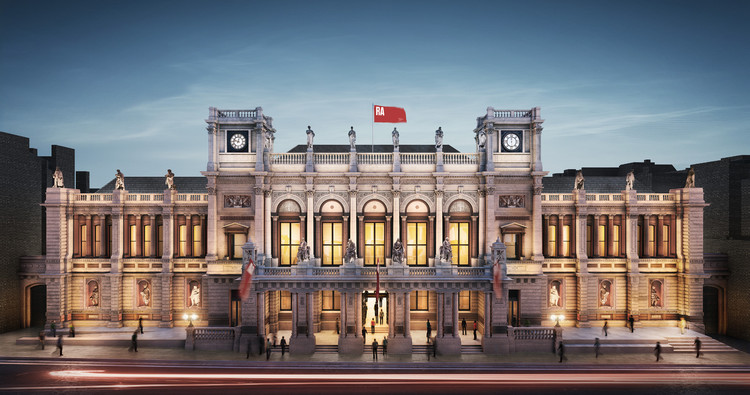 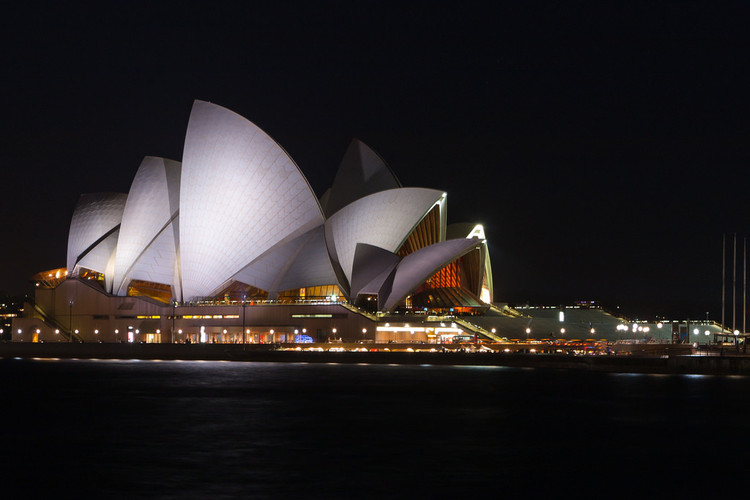 Adjaye, Chipperfield Among 6 Shortlisted in Competition for Edinburgh Concert Hall

The International Music and Performing Arts Charitable Trust Scotland (IMPACT Scotland) has announced a shortlist of 6 teams in the running to design a new concert hall and arts center in the heart of the Edinburgh New Town World Heritage Site. The building, estimated to cost up to £45 million ($57 million USD), will house a 1,000 seat auditorium that will become the new home of the Scottish Chamber Orchestra.

From 69 expressions of interest in the competition, six teams have been selected by IMPACT Scotland’s judging panel as finalists for the commission. The firms are as follows (in alphabetical order):

David Chipperfield CBE, RA, RDI, RIBA will give the AIANY Cultural Facilities Committee’s annual lecture on excellence in museum design. His eponymous firm has developed a diverse international body of work including some the world’s foremost museums and galleries, ranging from private collections such as the Museo Jumex in Mexico City to public institutions such as the revitalized Neues Museum in Berlin. Chipperfield will provide an overview of his firm’s museum projects, and share his observations about the changing role of the museum.

From architectural lectures to coverage of local projects and events, The Architectural League of New York presents a wide range of topics through its video series to further its goal of advancing the art of architecture. Through this presentation of some of the world’s most interesting and influential architects, designers, and works, The Architectural League draws international audiences to help shape the future of the build environment by stimulating discussion and provoking design-based thinking.

Watch some of The Architectural League’s videos—like a lecture by Annabelle Selldorf or Bjarke Ingels, documentation of a miniature library installation, or a musical heart sculpture in Times Square—after the break.

British preservation group Twentieth Century Society has publicly denounced plans by David Chipperfield Architects to convert the Eero Saarinen-designed, soon-to-be former US Embassy near London's Grosvenor Square into a "world-class" 137-room hotel. Central to Chipperfield’s plan is an enlargement of the sixth floor to make room for a double-height event space, a move Twenieth Century Society believes will “cause significant and substantial harm to the character of the building.”

Earlier this month The Guardian reported that the King of Sweden, Carl XVI Gustav, has denounced David Chipperfield's designs for Stockholm's new Nobel Center (Nobelhuset) in the Dagens Nyheter (DN), a national Swedish newspaper, as both too volumetrically large and badly sited. The practice's initial proposal, which was lauded by the awarding jury for its “lightness and openness,” is a glass and stone structure which attempts to “convey dignity” and embody the ideals of the Nobel Prize.

David Chipperfield has chosen to mentor Swiss architect Simon Kretz as part of the Rolex Mentor and Protégé Arts Initiative for 2016-2017. Launched in 2002, but working with architects only since 2012, the venture is a biennial philanthropic programme created by Rolex to “ensure that the world’s artistic heritage is passed on from generation to generation, across continents and cultures.”

The World Architecture Festival (WAF) has announced that Lars Krückeberg, Founding Partner of GRAFT, and Juergen Mayer, Founder of J. Mayer H., will speak at this year's festival as part of a session titled ‘Architect as Instigator,’ exploring issues of housing, immigration, and how architects can drive social change through the buildings and spaces they create.

The world’s largest, annual, international architectural event, WAF will be held from November 16 to 18, at Franz Ahrens’ historic former bus depot now known as Arena Berlin, in Berlin, Germany. WAF also features the biggest architectural awards programme in the world. Projects can be submitted for consideration for an award until May 19th via this link.