Save
“Most of the People Thought it was Ugly - Like a Petrol Station": David Chipperfield on the Neue Nationalgalerie's Renovation
Share
Or
Copy 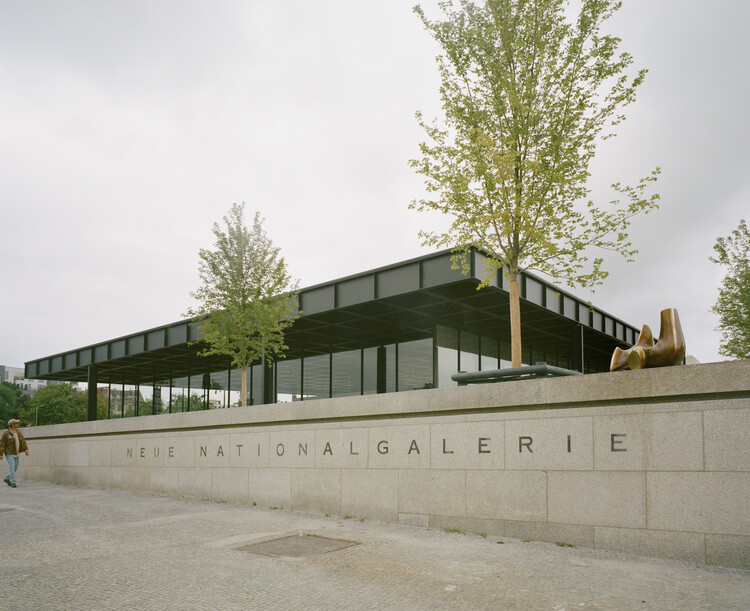 Read on to explore the Neue Nationalgalerie photoseries along with the exclusive interview, through the lens and words of Gili Merin.

He was then standing within his prologue to the renovation - an intervention consisting of 144 tree-trunks entitled “Sticks and Stones.”. “There was a decision to restore the building as if it was not built in 1960 but as a piece of architecture which is archeologically sacred” Chipperfield said. While for modernist buildings there is often much tolerance in the replacement of disused parts, for Mies’ masterpiece no shortcuts were taken, not only for its history within modern architecture, but also for its civic importance to the city of Berlin. “It is easier to throw things out than to bring things in… But we kept everything. 35,000 pieces of metal and stone were cleaned, modified, and brought back, which is not something you would do with a building from 1968.”

Most of the people thought it was ugly - like a petrol station. And from a curatorial and museological point of view it was a nightmare. But it survived and became an institution for west Berlin. -- David Chipperfield

The result, from afar, is mesmerizing: the glass panes have been replaced in accordance to how Mies had always envisioned it - completely transparent. Inside, the marble piers, reflective floors,, wood partitions and iconic Barcelona chairs have been restored to their original regalness. It’s a shame that surgical additions - such as the beautiful golden lettering in the lobby - nearly disappear in the disarray of covid-regulation signs and brochure stands. Below, the gallery spaces maintain their functional character, although in the sunken courtyard, the decades-old trees have been uprooted and replaced with younger ones, possibly due to their interference with the original pavement. Overall, it seems like great respect (and a lot of money) was given to the building and its history.

Chipperfield noted that when Mies completed the building, it was received with much suspicion. After having failed to build it in Cuba and China, it “landed” in 1968 in divided Berlin, only 100 meters from the Wall. “Most of the people thought it was ugly - like a petrol station” said Chipperfield, adding that from a curatorial and museological point of view, it was a nightmare. But it endured - and became a part of West Berlin’s civic idenity marked in the Kulturforum, Hans Scharoun’s Philharmonie and State Library.

Within the context of a city inventing itself, “there was big pressure on the architect back then - and on architecture,” said Chipperfield. But isn’t the pressure not equally large today? Working within such an iconic building, Chipperfield said: “I was asked why I am doing this, as the only thing you can do is make a mistake. But the concept was that when we leave, it goes back to Mies.” Since the building’s closure for renovation in 2014, the next door site has been taken over by Herzon and De Meuron's “Museum of the 20th Century,” further obstructing the once-clear gaze through Mies’ building and into the surrounding city. There’s no doubt that the city is not what it was: the wall has since gone down, and unified Berlin became one of Europe’s most livable cities. With such a pricey renovation (and the obscene Berliner Schloss not far to the east), we should question the role of such a monumental project today for the city’s collective memory. (Photogenically however, it is as good as ever.)

Gili Merin is an architect, photographer, and PhD candidate at the Architectural Association in London. She was trained as an architect, editor and researcher at OMA in Rotterdam, Kuehn Malvezzi in Berlin and Efrat-Kowalsky in Tel Aviv. She had participated in a number of international exhibitions, including the Venice Architecture Biennale, the Seoul Biennale for Urbanism, and Wohnungsfrage at HKW Berlin. Gili writes and photographs regularly for the Architects' Journal and Ha'aretz. Her essays and reportages have been published in a number of print and online journals, amongst them the AA Files, MITs Thresholds, The Economist, The Guardian, The Architectural Review, Mark Magazine, Frame, Disegno, Domus, Quaderns, Artsy, Ha'aretz, Detail, ArchDaily and Metropolis. Check out her photography and editorial work on her Instagram account and personal website. 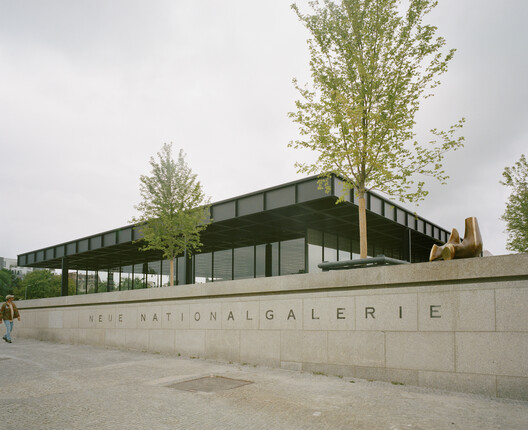